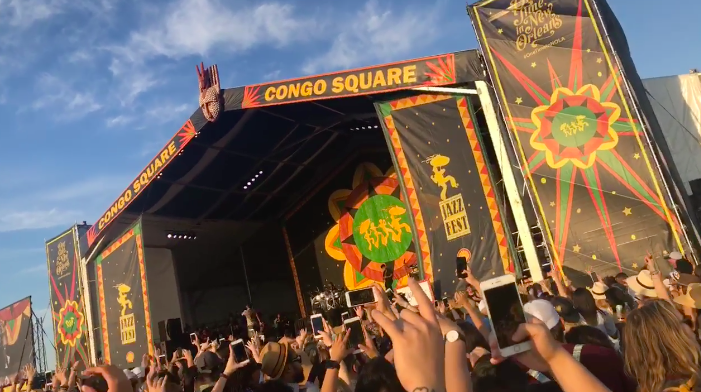 The New Orleans Jazz and Heritage Festival will take place from April 27, 2018, to May 6, 2018. Photo credit: Callie Mellon/ Achona Online

Since 1970, the New Orleans Jazz and Heritage Festival has been an important event where iconic musicians such as Aretha Franklin, Stevie Wonder, Bob Dylan, Santana, B.B King, Pitbull, Lenny Kravitz, Keith Urban, The Temptations, and many more artists have performed.

Every year, the festival’s theme is centered around an aspect of New Orleans culture; this year the theme is, “The New Orleans 300th Anniversary”, since the festival was founded in 1718. The festival will highlight many cultures including Creole, African, Native American, German, Irish, Italian, Vietnamese, and Hispanic heritages.

This year the lineup featured the artists; Sting, Jimmy Buffett, Khalid, Beck, Jack Johnson, Cage the Elephant, and The Revivalists. Aretha Franklin dropped out of the festival because of an illness, so Rod Stewart took her place.

@thegreatkhalid is sO AmAZIng. Thank you for blessing me 🤩🤩 pic.twitter.com/P2W7DD8cA2

The festival keeps all of its guests entertained and is full with the hundreds of vendors that sell different types of food ranging from soft shell crab po-boys, cracklins, crawfish bread, crawfish enchiladas, and crawfish monica. The food areas also have several sweets available, like Roman chewing candy, hand pies, and snowballs.