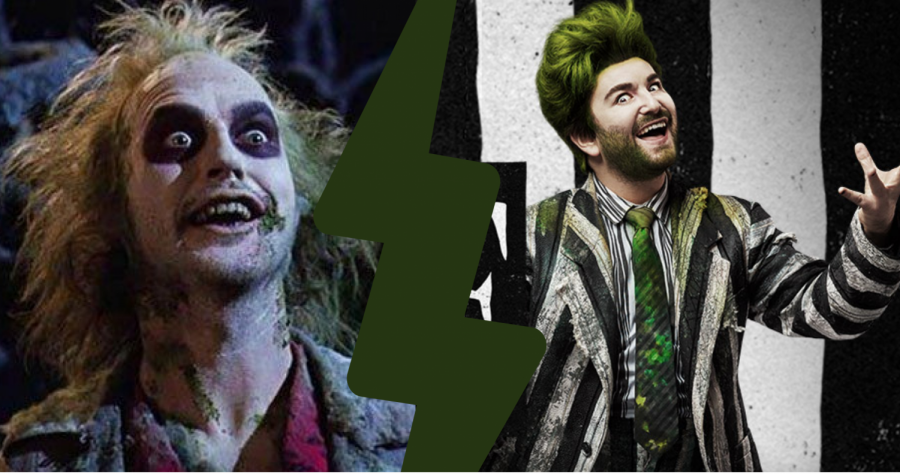 Both the musical and movie feature comedy and a unique cast of characters.

Last year, the “Beetlejuice” musical made its Broadway debut on April 25, 2019. The musical was based off of the hit 1988 film, also entitled “Beetlejuice.” Like most book to movie adaptations, in this case a movie to stage adaptation, some things were changed to fit the format. But, these changes don’t take away from the story or from the fun of the show.

The movie Beetlejuice is about a girl named Lydia who moved into a new house with her dad Charles and stepmother Delia. But this house is inhabited by the ghosts of Barbara and Adam Maitland, a young couple who lived there previously and want them out. Lydia soon discovers the ghosts living there and wants to help get her family out, as she doesn’t want to live there. In their attempts to scare Charles and Delia away, they discover an ad for the bio-exorcist Beetlejuice, though they were advised to stay away from him, and summon him. Beetlejuice starts to try and scare them away in dangerous ways compared to the Maitlands and their more tame ways, and he even tries to marry Lydia to escape the Netherworld, but the sandworm gets him and takes him back to the Netherworld. The musical has almost the same plot, a young couple dies and Lydia’s family moves him, and they try their best to scare them away. It fails, and Lydia summons Beetlejuice, the bio-exorcist, who wrecks havoc and tries to marry her. His plans are thwarted and he gets sent back to the Netherworld, but there are a few changes made during the adaptation.

Another big change in the musical is that the importance of “The Handbook for the Recently Deceased” doesn’t play as big of a role as it does in the movie. In the movie, the Handbook is mentioned frequently in the underworld as it’s their rulebook, but in the musical, it’s used to give instruction on how to get to the Netherworld, but that’s pretty much the extent of its purpose.

Overall, the musical is much different with how it updates the plot to be modernized in a sense, with references to things people can relate to nowadays, such as how busy the Trader Joe’s parking lot is. There is also a lot more gags and comedic relief included, with Beetlejuice’s continuous vulgar jokes and the addition of the Girl Scout character, who tries to sell cookies to Lydia at the beginning of Act 2.

Many things in the film were kept the same, like the “Banana Boat Song (Day-O)” remaining, Lydia’s character and eccentricity, and the shrunken head guy.

Both the film and musical have their own takes on the story, and both pull it off with excellent taste and charm. The musical is an updated take on the original film that stays true to the source material while making it a unique experience different from the movie. The movie remains to be a Tim Burton classic, and always fun to watch, especially during the month of October.

If you haven’t listened to the musical yet and are a fan of the movie, definitely take some time to listen to the soundtrack for a new way to experience the story. If the musical ever does a national tour and happens to come to town, try to snag a ticket, as the show is amazing and pays an excellent homage to the classic movie.