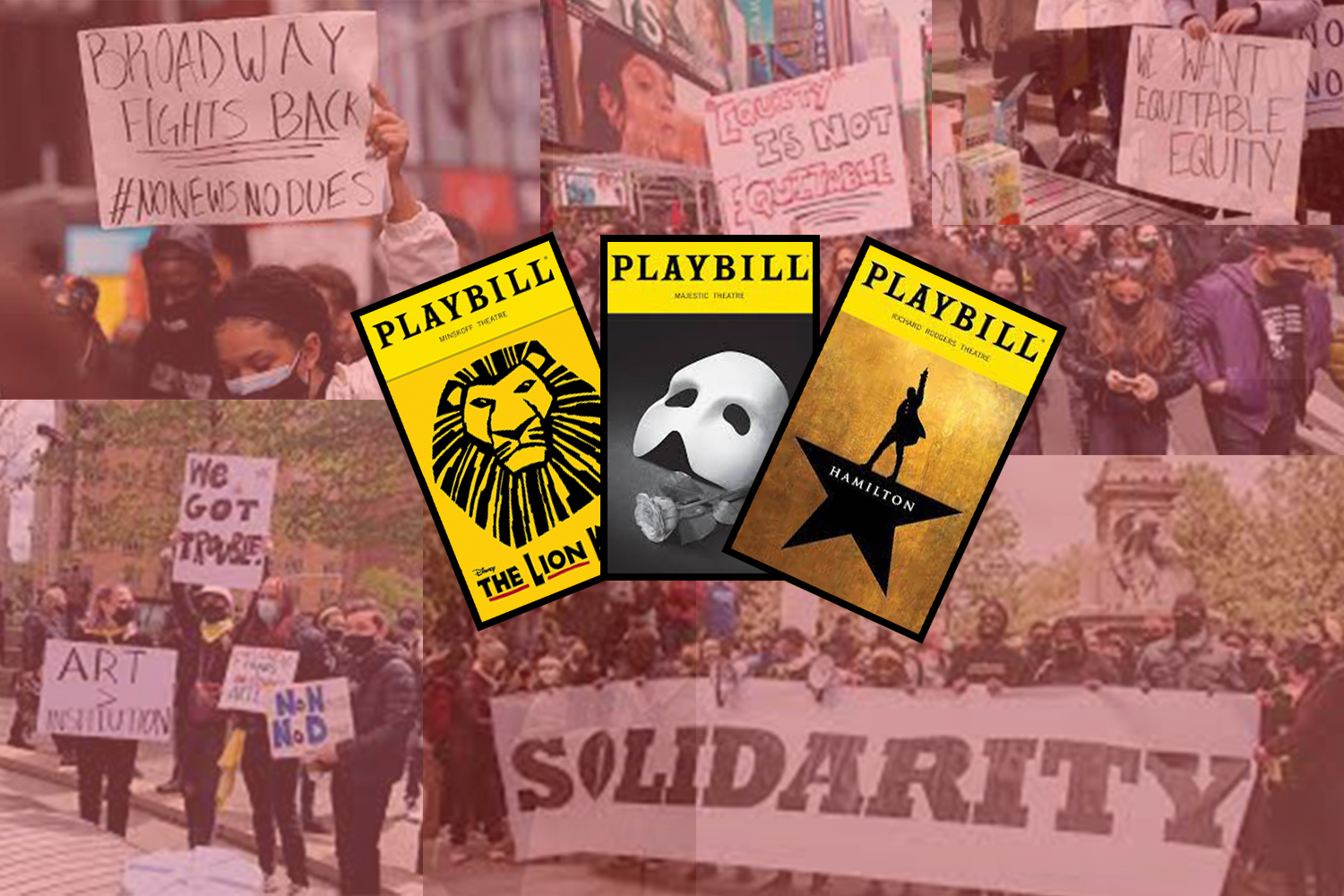 “The Lion King,” “The Phantom of the Opera,” and “Hamilton,” are three popular shows set to make their return in Sep 2021. (Photo Credit: Isabel Bequer/Photoshop/AchonaOnline)

“The Lion King,” “The Phantom of the Opera,” and “Hamilton,” are three popular shows set to make their return in Sep 2021.

After a nearly 16 month pause, Broadway theaters and shows are set to reopen on Sep 14, 2021. Many have welcomed the reopen, viewing it as a return to normal and a way for people to get back to work and art. However, others within the industry have been dubious about the reopening due to issues revealed about Broadway’s integrity during the shutdown of New York.

The first of these issues was personified by Scott Rudin, a prominent theater producer with 17 Tonys for his work. An anonymous source revealed to the Hollywood Reporter that the shows they worked on with Rudin had terrible conditions, accusing the man of physical and verbal abuse. Despite this being known within the industry, Rudin was still greatly successful and the actors working for him were not well protected. While Rudin is only one man, these accusations opened greater discussion surrounding how abusers can be protected by fame and influence, as those under them are afraid to speak out because they want to save their careers.

“[The theatre community] prides itself on support and inclusivity and Scott Rudin is the opposite of that. It’s such a tricky subject because the nature of the competitiveness in professional theatre leads to that “just push through it” mentality that can often lead to a toxic environment and keeps people quiet. Broadway is all about who you know and networking is everything, so I think that primes the environement for abuse of power, ” said Mikayla Croissant (’22).

Rudin had also come under fire before the lockdown due to his work on the Broadway revival of “West Side Story,” where he hired Amar Ramasar, who was later accused of sexual misconduct. After these accusations came out, there were calls from the public and cast members to fire Ramasar. Despite these accusations, Rudin defended hiring him and stood by keeping him in the cast. Once again, it revealed how the industry can value talent over the safety of its workers.

more of them condemning the casting of amar ramasar in west side story. everyone’s collective silence makes them complicit and reflects badly on their entire community https://t.co/iwp9Bwb8zL

Aside from the backlash surrounding Rudin individually, Broadway as a whole came under fire during the Black Lives Matter movement over the summer of 2021. While Broadway and theater as a whole was often marketed as a place where all were welcome, Broadway was an overwhelming white space, both on and off stage. People of color within the industry began to highlight ways they had been mistreated, through microaggressions on set and disparities in pay. Even shows with diverse casts had white people working behind the scenes, with people of color struggling to get jobs directing, writing, or producing shows.

A large factor in this is the wealth required to put on a Broadway show. The typical budget for the production of a Broadway musical can cost between $8 million and $12 million. As such, the backing of wealthy donors is required to produce these shows. These donors have great influence over the production and workers on these shows. So because donors tend to be white, they tend to hire more well known people who are also white, revealing a bias within the industry.

“If they can’t get Rudin removed, I have no doubt it has something to do with money. He’s a major player in the theatre world and I think the big money makers at the top will have their way if they truly want to,” said Croissant.

In response to these issues, organizations sprouted up advocating for change, such as the Broadway Diversity Project and Broadway for Racial Justice, both working towards more diversity on Broadway and better conditions for BIPOC workers. It also prompted the Actors’ Equity Association to release a statement saying they planned to push for more diversity on and off stage and that they would advocate for BIPOC actors.

“I think white actors need to stand with actors of color to work for justice in the Broadway community. And if they make that change I think it will hopefully make a change in other theaters so that everyone will have the same opportunities,” said Julia Artz (’24).

However, in practice the actions to actually follow through on this statement have been lacking. Many of the shows reopening have not had large changes to make them more diverse than before. And while people of color and their allies within the industry have been reluctant to return until they see actual change being made, some white actors have not followed the same path. A prominent example of this is Sutton Foster, who is planning to return to the West End for a production of “Anything Goes.” Foster has not spoken out against the disparities on Broadway, even in the wake of the news of its reopening. An instagram post of hers came under fire for this, with many expressing disappointment in the comments section that she was not using her influence to make a change within the industry.

There have also been large instances of transphobia within recent Broadway productions set to return to the stage soon. Shows such as Jagged Little Pill, Tootsie, and Mrs. Doubtfire have all been called out by transgender actors for their negative portrayals of transgender individuals or their erasure of transgender representation. Despite these complaints, the shows have continued to be funded and have left transgender individuals out of their creative teams, leaving them no avenue to address these problems.

the sooner we accept that racism, homophobia, transphobia, and ableism fuel broadway, the sooner we cam dismantle it

Finally, there have also been issues of economic transparency within Broadway. During March 2021, the Actors’ Equity Association asked stage managers and actors to pay the dues required to stay in the association, despite a previous hold on them due to the shutdown. At the time, Broadway had been closed for 13 months and there were no solid plans to reopen, leaving many out of work and struggling to pay these dues.

These issues came to a head on April 22, when the March on Broadway took place. Workers came together to fight for six demands:

The march was partially successful, as Rudin has resigned from the Broadway League. However, there has not been much action taken to address the other demands of the workers. Powerful Broadway executives have mainly focused on Broadway’s return, without addressing the issues that many feel need to be addressed before it can make a successful comeback.

Building a better industry is more important than putting money in my pockets.”

Because these demands have not been met, some actors and others workers have declared they do not plan to make their return until true justice and action is made. A prominent example of this is Karen Olivo, who said she will not return to her production of “Moulin Rouge,” saying she cares more about justice within the industry than her own paycheck and finances. Olivo is a prominent example due to her work and founding of Artists for Economic Transparency. However, her actions raises the question of if others will follow in her footsteps, and if Broadway will be able to make a truly successful return with so many of its workers fighting against it.