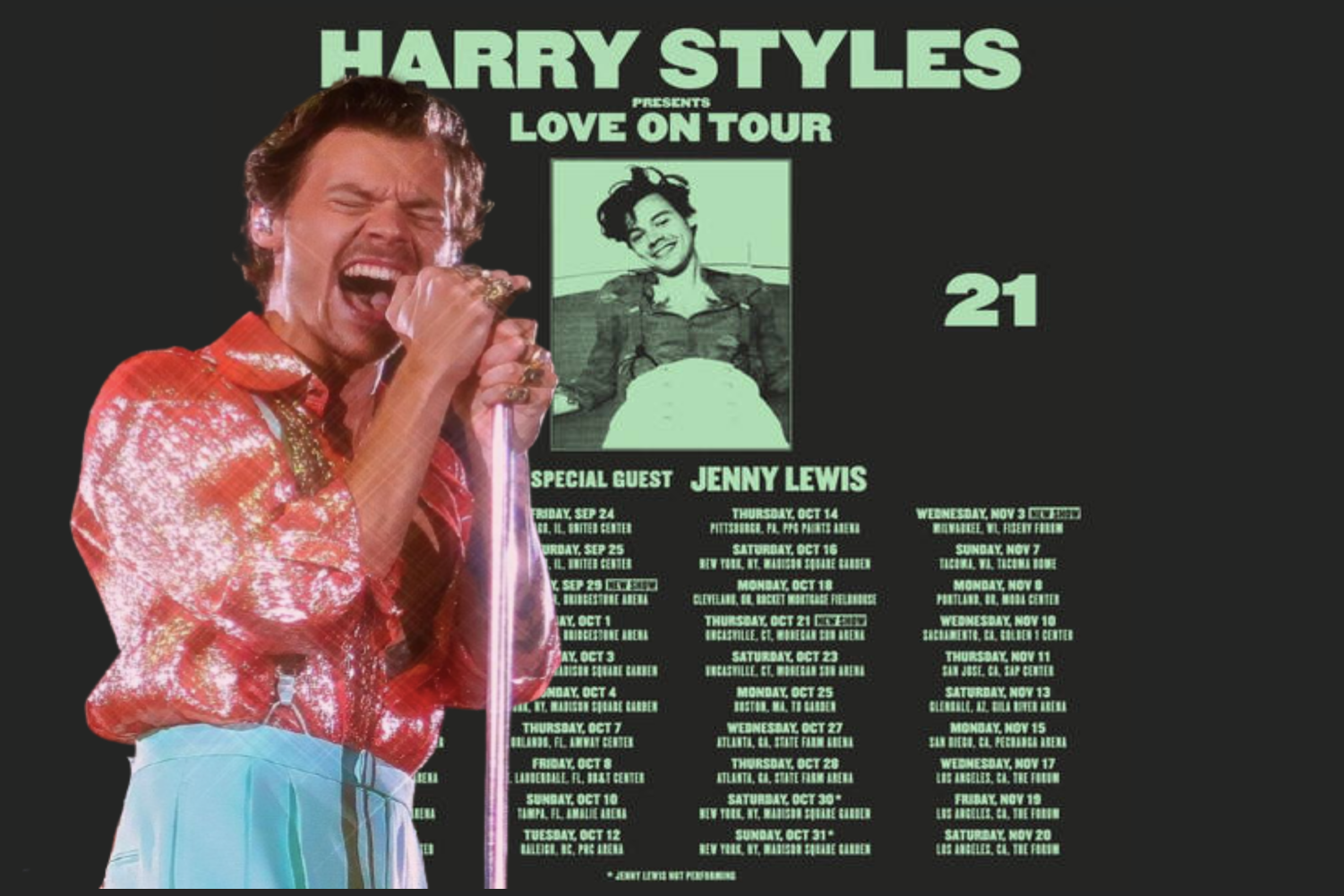 Styles put on a ninety minute set wearing a silk pink shirt, and light blue high wasted pants, a staple in his closet.

On Oct. 10, 2021, Harry Styles graced the stage of Amalie Arena here in Tampa. Styles, originally a member of One Direction, is now a globally recognized solo artist, successful actor, and Gucci brand ambassador. Styles is well known for his eccentric clothing choices, often sporting unconventional choices such as iridescent pants, boas, or jumpsuits, and has even been featured on the cover of Vogue magazine in a Gucci dress. Many fans of Styles choose to emulate his wardrobe when attending his concerts, resulting in fashion-filled nights for both Styles, and his audience. Many Academy students attended his sold-out performance and did not disappoint in their wardrobe choices, many of which were inspired by his songs, or outfits he has worn to various award shows. 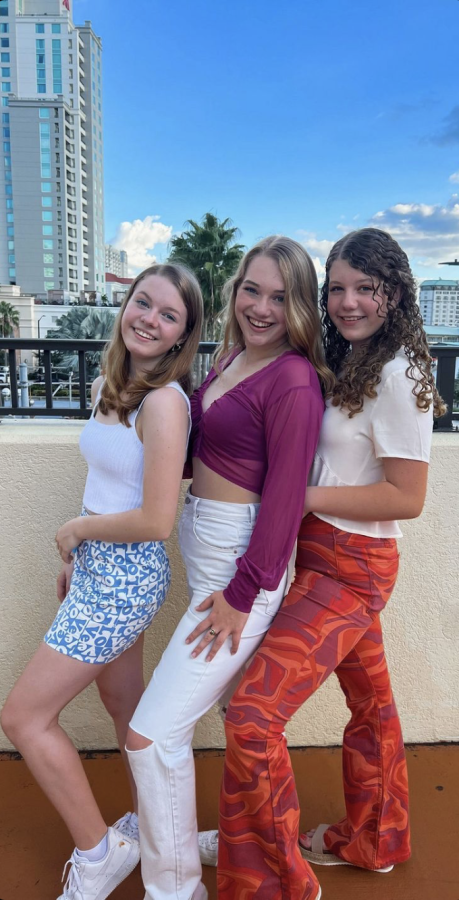