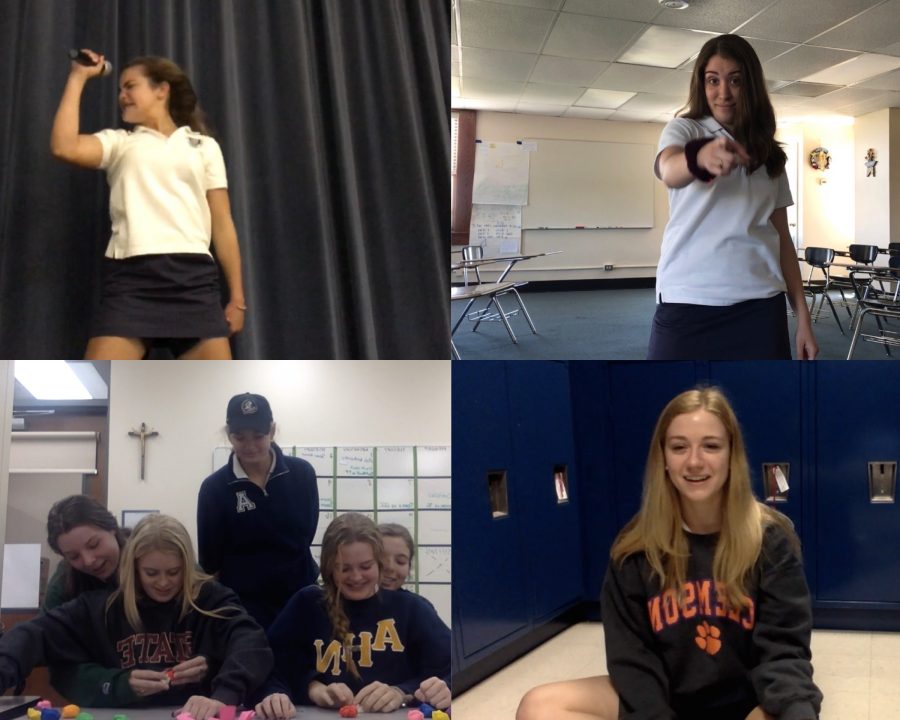 Jimmy Fallon’s new ride at Universal Studios is opening on April 6, 2017 and he will be doing four tapings of the tonight show in Orlando prior. Photo credit: Shannon Flaharty/Achona Online

Each weeknight at 11:35 Jimmy Fallon hosts NBC’s The Tonight Show, where he features new guests and games. Below, some of Academy’s students tried their hand at some of The Tonight Show’s most iconic games.

Seniors Kate Scanlan and Shannon Flaharty team up against their sophomore sisters Megan Scanlan and Fallon Flaharty to face off in this game quite similar to pictionary; however, instead of drawing the objects, they are sculpted out of play doh behind your partner’s back.

Senior Ashley Lambert is given three random words at a time and attempts to freestyle a song containing all of them.

Playing one of the most beloved games of The Tonight Show, freshmen Lauren Jones and Noelle Choueifati battle it out lip syncing “Baby” by Justin Bieber and “Bet On It” from the High School Musical 2 Soundtrack.