Why You Should be an Organ Donor: A Message from Alum Lauren Pieper 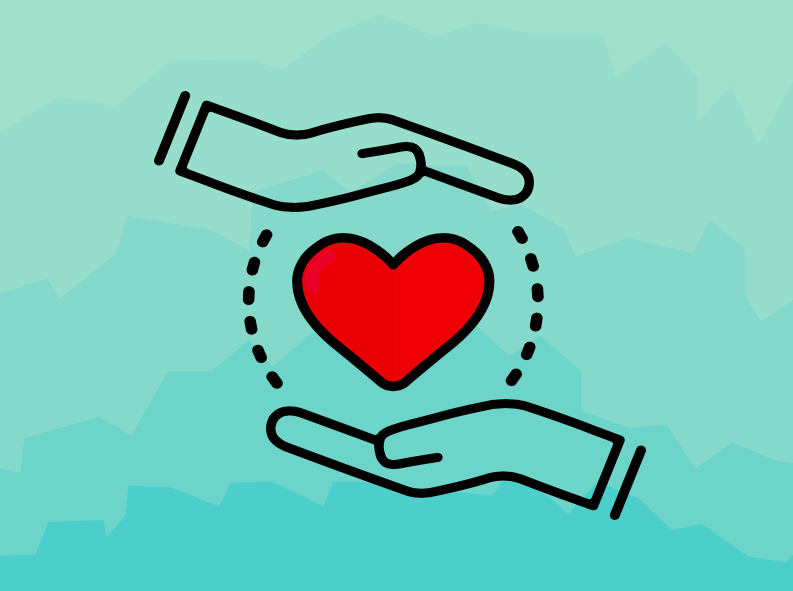 For Lauren Pieper’s entire life, her father, Jim Pieper, suffered from congestive heart failure. He was born with a hole in his heart, and although few health issues occurred when he was younger, his heart worsened as time passed.

“He was an auto parts salesman, so he traveled a lot. You know, there wasn’t really much internet so he would be gone for a while, and we wouldn’t see him. He was always on the road eating fast-food, so he developed type two diabetes, causing kidney trouble,” says Pieper.

Diabetes is a disease that causes the body’s glucose, or blood sugar, levels to rise higher than normal. With type two diabetes, the most common form of the disease, the body either does not produce enough insulin, or it resists insulin. About 1.4 million new cases of diabetes are diagnosed in America each year.

“That [diabetes] was manageable. Sometimes he would fluctuate and be in and out of the hospital for doctors appointments and stuff like that. Basically, during this time his heart just started to deteriorate,” says Pieper.

High blood glucose, which is caused by diabetes, can damage the body’s blood vessels and nerves that control the heart. Adults with diabetes are nearly twice as likely to die from heart disease or stroke than those without it.

“His heart was always in this thing called AFib because his heart was beating out of rhythm. So then they put in an Internal Defibrillator,” says Pieper.

In atrial fibrillation, or AFib, the heart’s two upper chambers beat irregularly. When the heat pumps improperly, the body is unable to receive the oxygen it needs. Atrial fibrillation can also lead to other medical issues such as stroke, heart failure, and chronic fatigue.

“The DEFib would shock his heart to be back in rhythm. After it would be fine for a while, but then it would stop,” says Pieper.

A defibrillator is a device that sends electric pulses or shocks to the heart in order to restore a normal heartbeat.

“If his heart started to fluctuate to a point where it was unhealthy, it would just shock him. That happened many times. At one point it shocked him seven times in a row. They think he was probably coding. It saved him,” says Pieper.

Coding is a term used to describe heart failure.

“Finally when he was getting on to the transplant list, they said they were going to put in an LVAD, which is a left ventricular assist device. So basically it was like a machine was pumping his heart,” says Pieper.

A left ventricular assist, or LVAD, is a device used pump the heart when the body is in the end-stage of heart failure. The device is surgically implanted and battery-operated. They can be used as a bridge to transplant therapy. A person is able to use a left ventricular assist device until a heart is available.

“In surgery, they put in a machine that’s attached to you. They put these tubes that go into your stomach and up to your heart. It was awful; it was a bad surgery for him. He didn’t wake up until five weeks after the surgery because the anesthesia was so heavy. He couldn’t shake it off because he was on so many heart medicines. He did [afterward] finally wake up, and he was doing good,” says Pieper.

After the surgery, Jim’s life immediately became limited. He was unable to live on his own, take care of himself, or go anywhere without the batteries needed for the LVAD. Pieper’s mother and aunt became his primary caretakers.

The LVAD must have a constant power source and be attached to a patient’s body at all times. One must adjust sleeping, food, and travel patterns to revolve around the needs of the device.

“To take a shower he would have to put on this thing called Tegaderm. He couldn’t go in the water. He loved the beach, but he just had to sit there, that was really hard,” says Pieper.

Although Jim had the LVAD, he was still in need of a heart transplant.

The average waiting time to receive a heart for a transplant is six months, depending on the patient’s health condition. On average, 20 people die each day waiting for a heart transplant.

“My dad was on the transplant list for a year and a half, about 18 months. It was such a blessing the day we got that call. I swear that was the weirdest day of my life. It was around eight thirty at night, and I was on facetime with someone. All of the sudden I said I have to go, I’ll call you back. I walked out into the family room, and my mom walked out to the family room and the phone rang. We had the caller ID that you can see on the TV screen, and it said Tampa General Hospital. We knew. He answered the phone, and they said we have a heart for you,” says Pieper.

The family had been awaiting the phone call for 18 months.

“We packed all our stuff, and we got in the car because you have 30 minutes to get to the hospital when they say they have a heart for you. So we packed our stuff, we went, and we checked in. They start taking vitals and everything. It’s rush rush rush rush.”

“They’re asking him all these questions. Have you been to West Africa in the past 21 days? It was like two thirty in the morning because they had to fly the heart in. When they came in, they said okay let’s go. They just rolled him back and pushed him in. It was crazy.”

While a heart transplant may be vital for survival, there are many risk factors that can occur during or after surgery. The most common is the body’s rejection of the heart. The patient’s immune system can begin to attack the new organ because it does not recognize it as the body’s own cells.

“He woke up, and he had a new heart. It was working, it was beating, it was amazing. It was the biggest miracle I’ve ever witnessed.”

With his new heart, Jim life became less restricted than it had been before. He was able to travel, care for himself, and become more independent.

“The first time he got back in the water was July 4. We took a picture. He was in the water. It was amazing. But you know, he always had other medical problems to worry about,” says Pieper.

For 18 months, Jim was able to live his life without the restrictions of the LVAD and other previous medical issues. With the new opportunities, he spent more time with his family.

“He was independent. He could be by himself. He could drive a car. He didn’t have to worry about taking batteries. He could go an hour away from our house. It was amazing. It was the most miraculous thing I’ve ever experienced in my entire life. I don’t think I will ever witness something more miraculous than an organ donation. Hearing other people’s stories, they’re amazing too.”

Jim lived with his transplant for a year and a half before his kidneys began failing, and the combination of prescription medicine became too much for the body to handle. He died on August 16, 2016.

“When he died, they said the last thing to stop working was the heart,” says Piper.

Without organ donations, people like Jim would not have been able to live as long as they did. A single organ donor may save up to eight people, and a single tissue donor may help the lives of fifty people. Piper stresses this message when sharing the story of her father.

“I wish people would go to schools and say this is why you should be an organ donor. If my dad hadn’t gotten a heart transplant, I would have known zero people in this world who got a vital organ transplant. You hear of kidney transplants and blood transfusions and bone marrow, and that’s all amazing. That saves lives every day. When you see something like a heart and all the logistics that go into it, the blood and the balance and the rejections, it’s miraculous,” says Pieper.

Through social media posts and word of mouth, Pieper now encourages everyone to register to become a donor.

“If I did die young, I swear, I wish they could take every organ from me. My skin, my face, my hair, anything because I’ve seen what it does for a family, a person, a community, for real,” Pieper says.

Some students are uncomfortable with the idea of organ donation. However, Pieper argues there should be no fear in the process.

“The myth is that, if you’re an organ donor, the doctor’s gonna kill you to take your organs and give them to someone else. They can’t do that. It’s not something that ever happens. You have to literally be brain dead,” says Pieper.

Although 95% of American adults support the idea of organ donation, only 54% are actually registered as organ donors. Every ten minutes, another man, woman, or child is added to the transplant list.

Piper wants to especially share the message to her younger academy sisters.

She says, “To all the academy girls getting their licenses and their permits when they ask you at the DMV if you want to be an organ donor, say yes.”