Do Students View Reading as a Pleasure or a Pain? 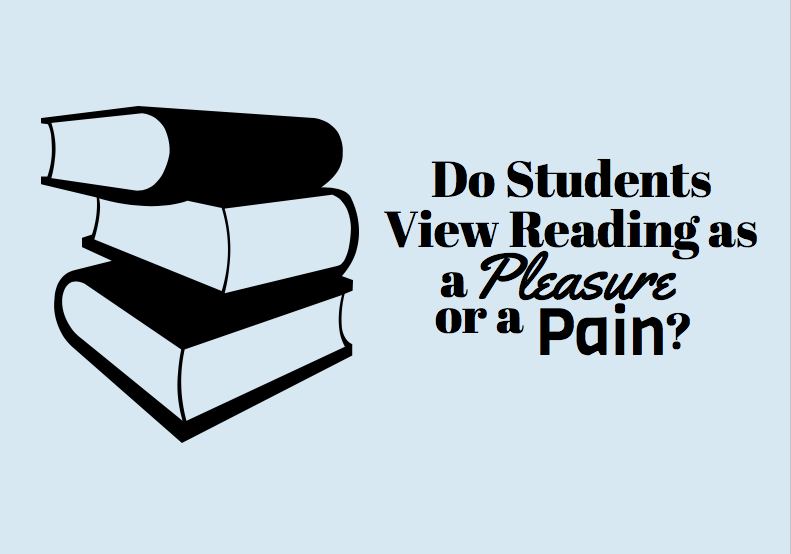 Girls tend to read more often than boys. 30% of girls say they read daily while only 18% of boys do.

One third of American teenagers have not read a book for pleasure in a least a year according to a study by the American Psychological Association. Why are teens and young adults reading less and less? Some in the Academy community argue social media deserves the blame.

“Technology has taken over our lives,” says Elizabeth Fuchsen (‘21). “Things like our iPads, iPhones, and computers read things for us. This makes people feel like there is no longer a need to read.”

“There are too many other distractions such as social media, watching videos on youtube, Netflix and all of these other things that are going on. We have way more distractions then there had been for past years,” says English teacher Clare McFlynn-Goewey.

I think this generation likes our iPhones more than our books,”

The New Yorker states, “It’s very likely that teenagers, attached to screens of one sort or another, read more words than they ever have in the past. But they often read scraps, excerpts, articles, parts of articles, messages, pieces of information from everywhere and from nowhere.”

Many at Academy agree that smart phones are a main culprit to this reading dilemma.

Studies show most students lose an interest in reading when they turn twelve or thirteen. Coincidentally, these are around the same time kids begin to receive phones. They find their time is better spent on social media, not reading books.

However, some students say they are unable to read simply due to a lack of time. On top of school, homework, sports and other activities, teenagers see reading as an unnecessary chore.

On the other hand, Sarah Gonzales (‘20) believes that students are not reading because they have yet to find a genre that appeals to them.

“I think that people don’t read simple because they have yet to find the right book. People start to enjoy reading once they find something that truly fits them. I didn’t like to read until I found the books that really sparked my interests,” says Gonzales.

Gonzales argues that students must be more open minded when it comes to searching for books.

“To find your type of book, try taking the things you enjoy and apply them to book genres. For example, I really like mystery books so I watch mystery shows like Riverdale. If your someone who likes supernatural shows, try reading books like “The Hunger Games” or “Divergent” series,” says Gonzales.

Regardless of reason, teachers argue that a lack of reading is negatively impacting student’s work.

“Students don’t know how to write as well because they are not getting exposed to different varieties of writing techniques and writing styles. They have more difficulty understanding texts because they are not exposed to as many. Basic sentence structure is something as well I feel will get better if students read more,” says McFlynn-Goewey.

How often does the average Academy girl read outside of her English class? Watch the video below to find out.