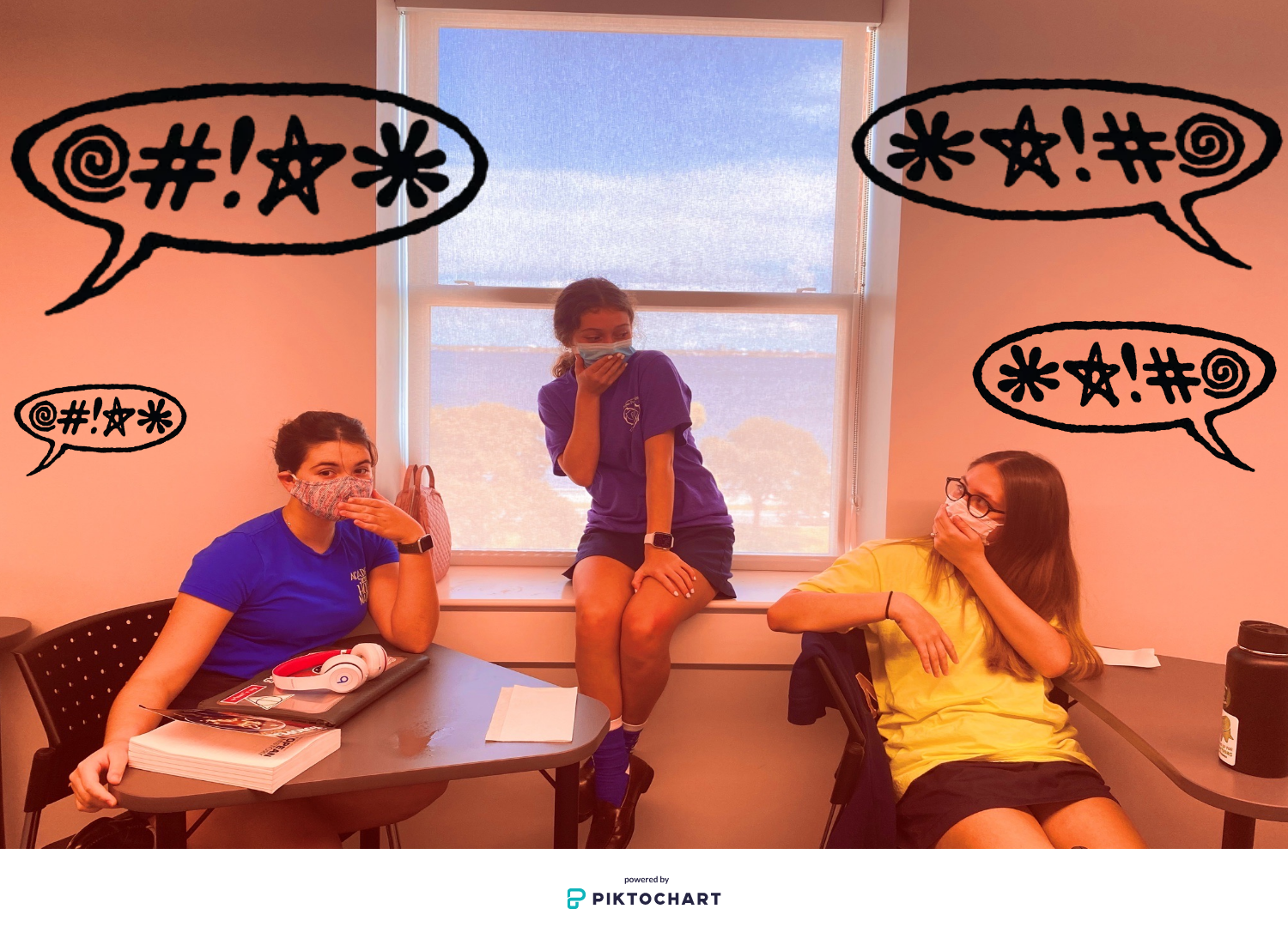 Rapper Lil Wayne uses one word of profanity for every thirty-nine.

We were taught early on that if you dared to say a curse word, you would get soap in your mouth. But as we grow older, we tend to hear them everywhere. What was once reserved for angry conversations or stepping on legos is now used as a part of everyday language.

The strong emotions that lead to cursing, come from the limbic system, which is different from the normal modes of spoken communication; it is a strong emotion regulation part of the brain that we share with other mammals.

Under certain circumstances, profanity provides a relief denied even to prayer.”

For a word to be considered “insulting,” it must have the potential to offend. They revolve around universally taboo subjects, the off-limit things that make it that much more enticing. Death, disease, sexual activities, and religious topics, to name a few.

Sofia Girgenti (23) said, “While cursing is not an overtly positive use of language, I think it can certainly help one get their point across, and depending on how they utilized those words in the past, it can help express that person’s severity or lack thereof. And as Patrick Star says, ‘a spicy sentence sandwich,’”

In less than three words you can portray a very strong emotion. It helps you be more intense in your conversation and informal arguments. Serious conversation and difficult things can be easier to talk about.

But from a different perspective, it can be taken as a lazy form of communication, where feelings are expressed with vulgarity.

Have curse words lost their shock factor? Certainly. Television shows, such as “South Park” have many foul-mouthed characters, which has prompted entertainment services, such as Netflix, to provide customers with a filter to censor explicit words.

As technology and social media evolve, there is a noticeable spur of explicit language usage.

Ximena Sanchez (23) said, “Popular media, such as TikTok, and Twitter make profanity spread more quickly, and since this language is also used so often in shows and songs, it makes people see it as more acceptable than they did before.”

Some contemporary books have also opted to contain profane language such as in the examples of “The subtle art of not giving a f*uck”  and Unfu*k Yourself: Get Out of Your Head and into Your Life.”

Slur: a shaming or degrading use of words. The line between slurs and curse words has become more and more blurred due to its casual use in popular culture as well as the internet. The Black Lives Matter has recently shed light on the use of the n-word by non-black individuals which has arisen in conversations. The degrading terms for other races as well as the misuse of the r-word have also been called to attention as they are associated with aggression, violence, and racism.

English Teacher Sara Moses said, “There are certainly some words that are used as verbal weaponry, mainly racial slurs. As the daughter of a Cuban immigrant, I have experienced this personally when I was a child and to say those instances have stuck with me, should imply the power and emotional impact of language.”

Many popular figures, including Actress Gwyneth Paltrow and Paris Hilton, have been “canceled”  for using the n-word. Tiktok stars Chase Hudson and Tony Lopez have also used racist remarks in the past which have recently emerged.

Words are powerful, especially profanity, as it has been used to negatively impact others and offend cultures, races, sexualities, and those with disabilities — giving them a much stronger effect.

Remember to use words to build others up, not tear them down.

Large gatherings in the midst of a pandemic

How to Customize Your iPhone with iOS14 (VIDEO)