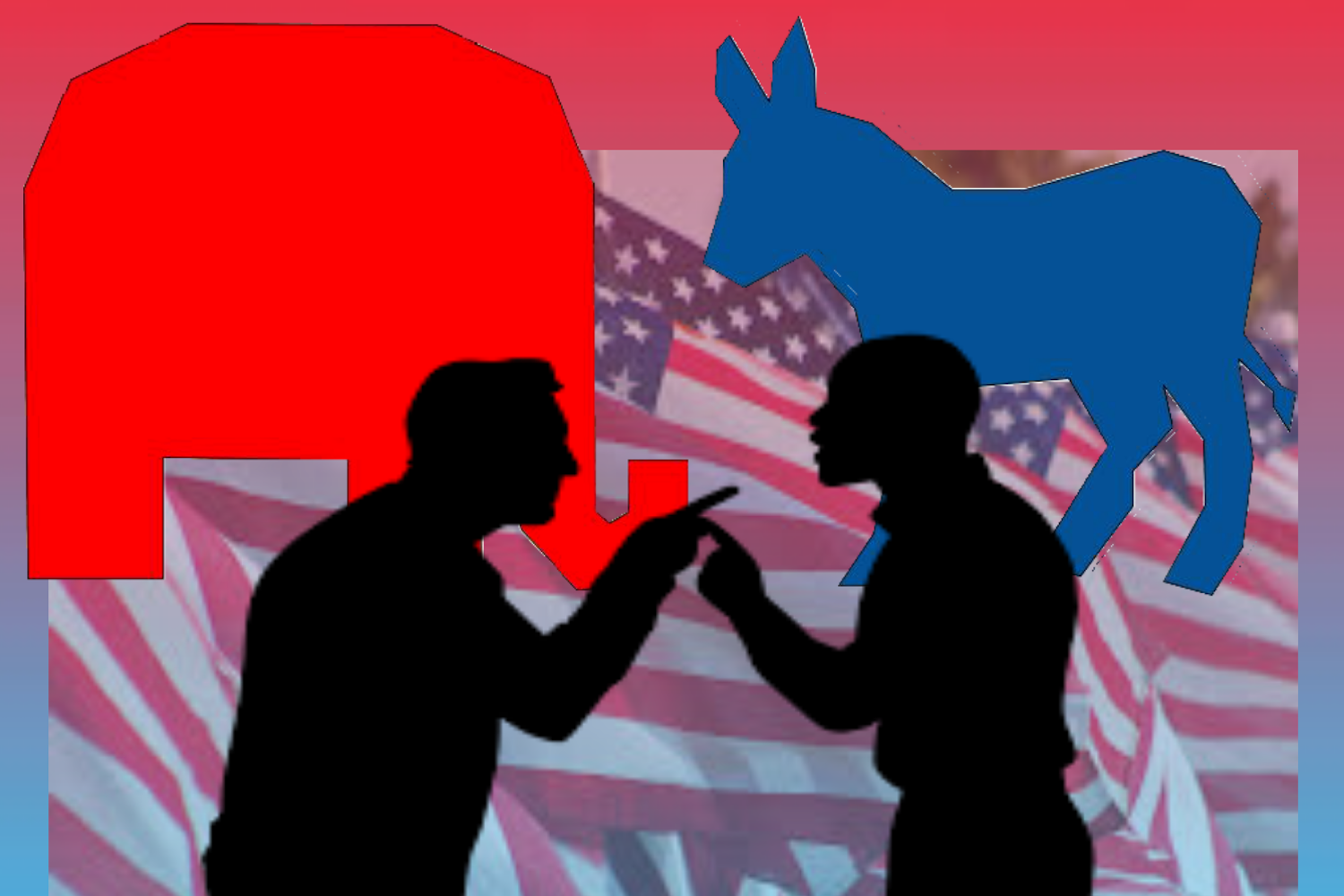 Political parties in America have been polarized for years: but how did they begin? (Photo Credit: Gigi Alfonso/Piktochart/Achona Online)

Political parties in America have been polarized for years: but how did they begin?

The Establishment of Political Parties in the U.S.: Part Two

With the presidential elections only 50 days away, Americans are busy debating over which candidate, and, therefore, which political party to vote for. This often also sparks historical conversations, like “Where did political parties come from?”

The first presidential election was not an election, but a unanimous decision to appoint George Washington as President.

AP Government teacher Stacy Filocco said, “At this time there was a major concern about the idea of factions…the concept of checks and balances tries to limit, [the factions]…and the main idea was that they required cooperation to get anything done, so when you have a government that is governed by a majority, you’re leaving out a lot of people. [Washington’s] idea was that democracy needs to be respectful of the minority even when they make decisions based on the majority.”

Once the Constitution was written and Washington prepared himself to become president, he had to face the difficulties of having opposing ideas from some of his most trusted advisors. Political parties began to form during the struggle over ratification of the federal Constitution of 1787. Problems between them increased as attention shifted from the creation of a new federal government to the question of how powerful that federal government should be. The Federalist party was led by Secretary of the Treasury Alexander Hamilton, who wanted a strong central government, while the Democratic-Republicans were led by Secretary of State Thomas Jefferson, who advocated for state rights.

George Washington was very opposed to the idea of political parties and often expressed this to his cabinet members, as it would divide the new nation.

Let me now take a more comprehensive view, and warn you in the most solemn manner against the baneful effects of the spirit of party generally.”

America has come a long way from the foundation of our country, but still today, the nation is divided between the Republicans and the Democrats. According to the Pew Research Center, the American public had grown more ideologically polarized along partisan lines.

Political parties and divisions are also prominent at AHN.

Junior Bethany Masiello said, “I don’t see divisions [at Academy] unless we talk about something extremely political. Last year we’d have conversations in religion class where we’d all express our different opinions on topics. However, we all expressed them in a way that was respectful to one another.”