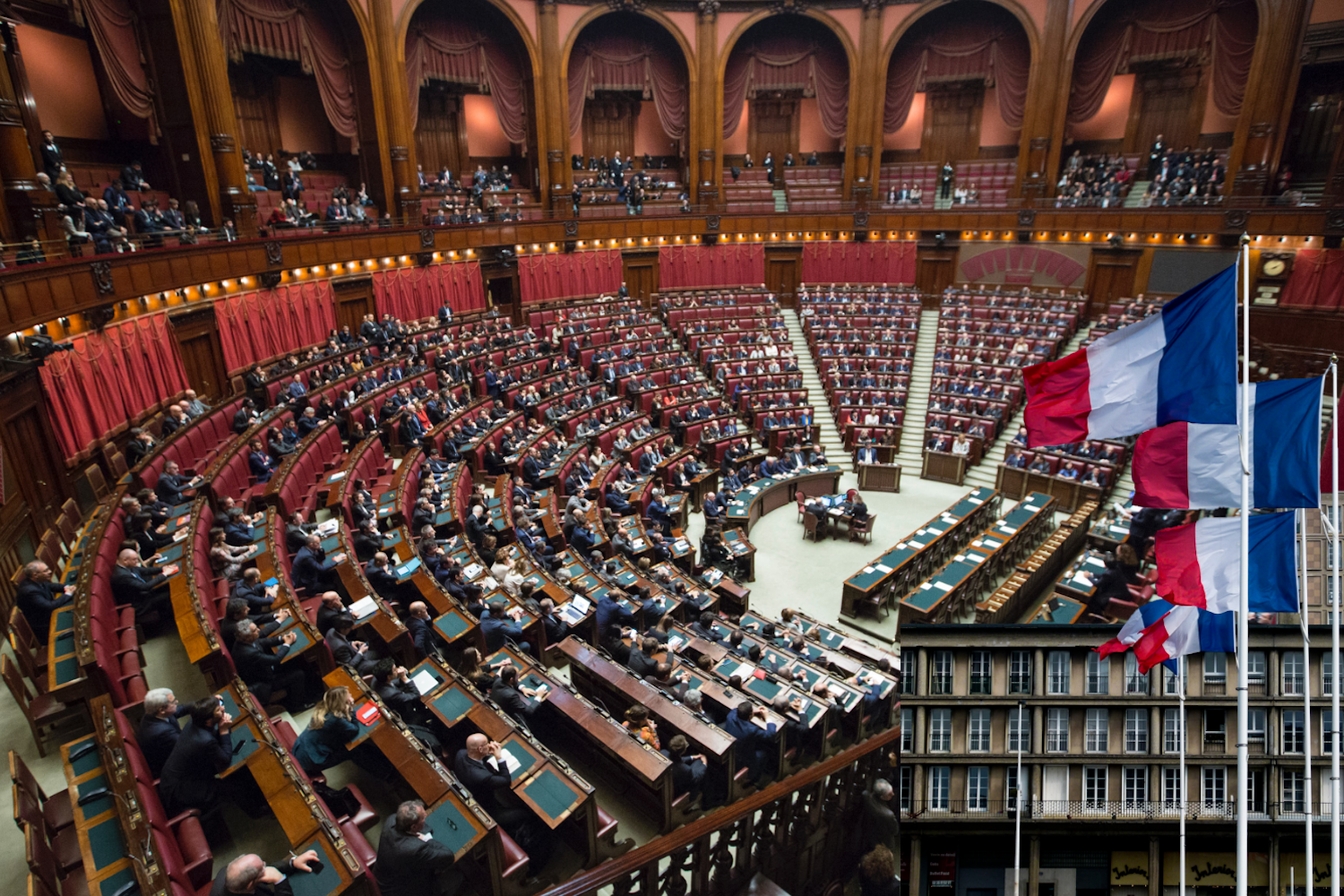 This is likely what the Estates-General Convention would have looked like. The speaker sat in the center and the members sat according to their beliefs. (Gigi Alfonso/Piktochart/Achona Online)

This is likely what the Estates-General Convention would have looked like. The speaker sat in the center and the members sat according to their beliefs.

Why we use the Political Terms “Left” and “Right:” Part One

With the upcoming presidential elections come the incessant talk of political parties. Often, people use the terms “left” and “right” to mean “democratic” or “republican”. What is the origin of these words, and how did they get to the use they have today? The terms originated in France during the Revolution and were first used at the Estates-General Convention in 1789. The convention was called by King Louis XVI to solve the political and economic issues in France. However, France was not at peace until the last king, Louis-Phillipe I, was forced to step down in 1848.

The convention was composed of three estates: the clergy, nobility, and commoners who had the power to decide on the lowering of recent taxes and reforms in the country. Those who wanted to keep the absolute monarchy sat to the far right of the speaker. Those who only wanted to diminish the monarchy’s power sat towards the right, but more towards the center. The far-right people were called Conservatives, and the people who sat center-right would come to be known as the Democrat-Bonapartists after the establishment of the Empire in France under Napoleon Bonaparte I. Those to the left were ironically known as the Republicans or the Radical Republicans. These people called themselves “republicans” because they supported a free and equal country, run by a republic. This began the establishment of “political parties” as we know them today.

This convention is also an example of a word that is often known to us through a negative connotation: cliques. The word is generally associated with exclusive schoolchildren, but here means “a group of like minded people who chose to be near each other because they agree.” This establishment of “cliques” and “political parties” had been around for centuries, but only at this convention do we see people openly expressing their beliefs for the government and their fellow citizens to see.

Academy parent George Masforroll, who has a Bachelor’s Degree in History, said, “The idea of left and right may have its ties to the French Revolution, but the idea about determining what to do is ancient. It has its roots in early Greek democracy. It’s a visual representation about where the majority of the will of the people lay. It’s not just your voice, or a vote, it’s a way of nonverbally demonstrating to anybody where you stand on an idea. It’s about transparency.”

Even though transparency used to be such a simple concept, political parties nowadays have been much more polarizing than they used to be. People argue over who is right and who is wrong, and being “left” or “right” can have negative connotations.

AP European History and Global Studies teacher Damian Wulff said, “I think that the whole idea of [political parties] is problematic because it creates a choice that feels either right or wrong…you have to choose a side, when in reality, especially in the modern world, we don’t have to choose one side. It sets a limit in our minds that doesn’t exist.”