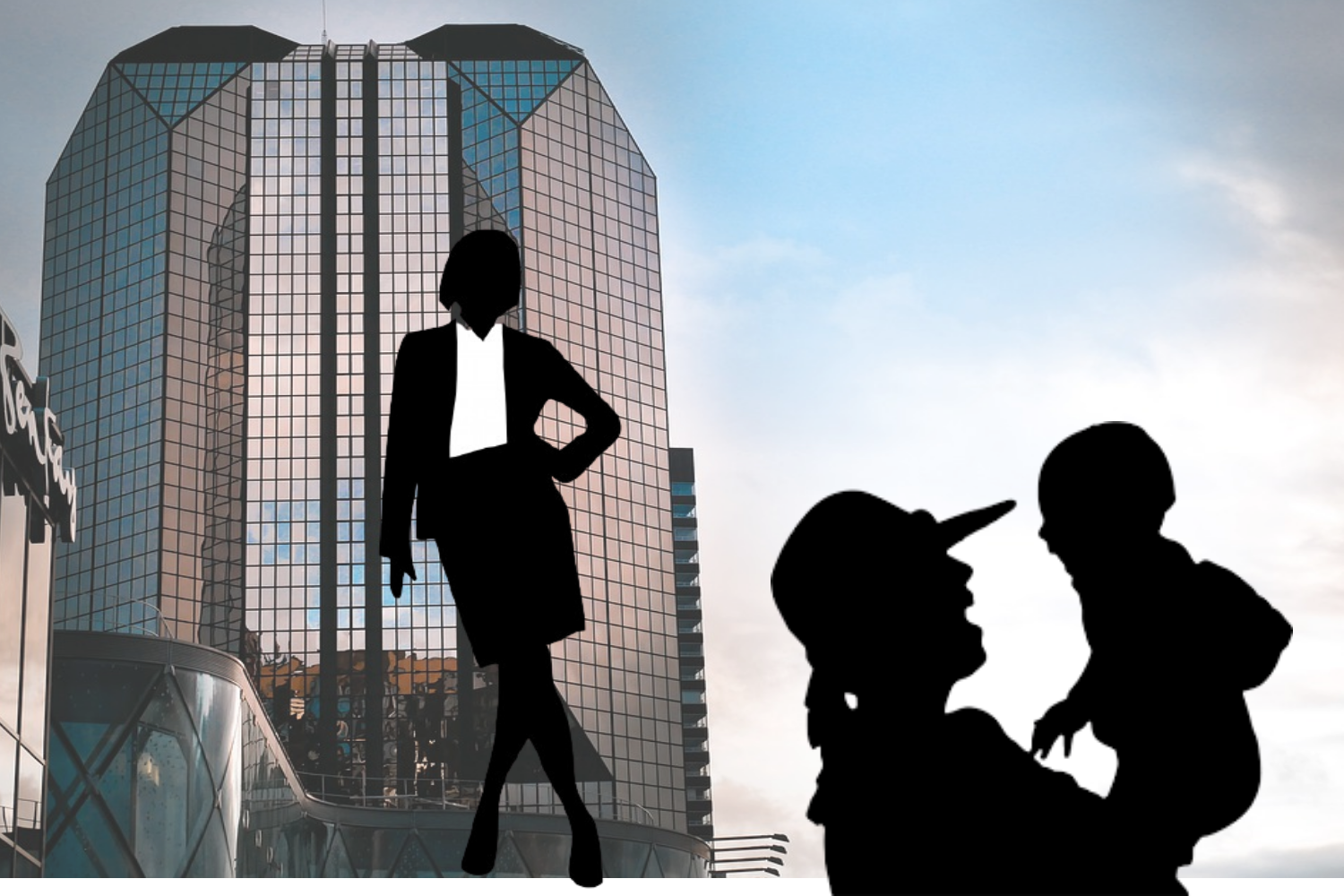 Even under typical circumstances, 42% of mothers reported taking significant time off to care for their children or another family member. ((Photo Credit: Isabel Bequer/AchonaOnline/Piktochart))

Even under typical circumstances, 42% of mothers reported taking significant time off to care for their children or another family member.

Mothers Drop Out of the Workforce Due to the Pandemic

The Covid-19 pandemic has left millions of Americans unemployed due to businesses closing. Amidst this increase in forced unemployment, many American mothers have made the decision to leave their jobs, with a survey done by family benefits platform Cleo revealing that 33 percent of households had a parent leave their job or transition to working part-time, of which 70 percent were mothers.

In most American households, women still shoulder the brunt of familial responsibilities, such as cooking, cleaning, and caring for children. Even under normal circumstances, these responsibilities cause many women to stay out of the workforce, with the labor force participation for women with children being only 72.3 percent, compared to 93.4 percent of men with children. However, the pandemic has exacerbated this problem as most daycares and schools have closed or transitioned to an online format. Children are at home all day and require more energy and attention from parents than before. Due to existing cultural roles within families wherein the mother is typically the caretaker and the father is the provider, women have been taking on more of the increased domestic responsibilities. This increase in duties at home has forced many mothers to make the difficult choice between their jobs and their families.

“My mom has always had most of the domestic responsibilities at my house, but then she had more stress put on her because she had to help teach my younger siblings stuff for school,” said Abigail Chudzinski (‘23).

Another contributing factor to this issue is the pay inequality between men and women. In 2018, White, non-Hispanic, mothers made $0.69 for every dollar their male counterparts made in the same career and position. Many families have chosen to have the parent with the lower income drop out, which is more likely to be the mother. This issue is more severe for Black, Native American, and Latina mothers, for whom the wage gap is even larger.

Inequalities in familial responsibilities and pay still affect mothers choosing to remain in the workforce. Many mothers are essential workers, making up 34.8 percent of registered nurses and 27.7 percent of childcare workers. With increased pressure at work and at home, mothers are being stretched thin, leading to more stress, sleep deprivation, and anxiety. Yet, they are still being paid less than men for the same work. This especially affects single mothers and mothers of color, whose families are more likely to face poverty due to this wealth inequality.

imagine this while being an unemployed mom or an essential worker https://t.co/6n9sqzDZB0

This unemployment issue will have effects long after the pandemic is over. In 2005, a study done by Cornell University showed that mothers were less likely to be hired than men or women without children. They were also perceived by employers to be less committed to their job. These perceptions, combined with less job opportunities, will make it extremely difficult for mothers to reenter the workforce.

The difficulties surrounding mothers and employment are not being created under the COVID-19 pandemic. Rather, they are existing issues being exacerbated by these new circumstances. Many hope this new light being shed on inequalities between mothers and fathers will lead to better systems for working mothers, such as more flexibility at work, better childcare systems, and reform regarding the gender wage gap.

“I think in general there’s a stigma surrounding working parents, and there’s always pressure to go to work instead of staying home with your child. I think that now that we’ve been moving back into offices, we’re going to see that some of these companies require parents to make that choice of what they feel is best and most safe for their family,” said English teacher Sara Moses.