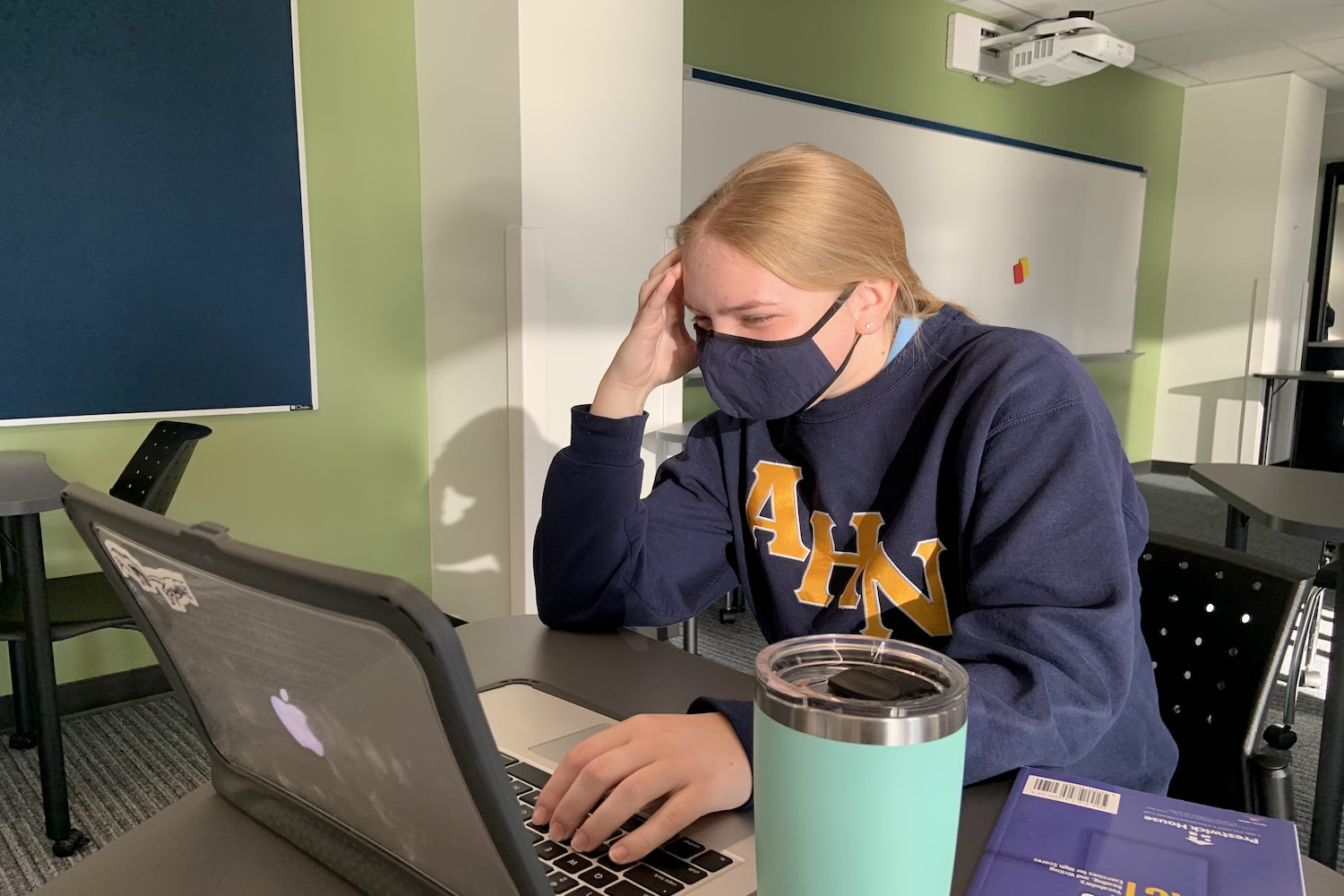 According to a study from Sleep Junkie, 3 in 5 Americans say they feel overworked. ((Photo Credit: Isabel Bequer/Achona Online))

According to a study from Sleep Junkie, 3 in 5 Americans say they feel overworked.

Americans Live to Work, While Other Countries Work to Live

For most Americans, work is at the center of their lives. Free time, vacation, and relaxation all revolve around the hours which one works. For many, their jobs leave little time to partake in activities they enjoy.

The United States is the only advanced economy in the world without any legally required paid vacation days or guaranteed paid time off for holidays. Workers in the U.S. rely on individual employers to set vacation days. As a result, about 1 in 4 American workers do not receive any paid time off at all.

Avery Rogan (‘23) said, “I think that there is a big disparity between the work load of the job and pay. I think it’s unfair that people with stressful jobs that are valuable to society go under appreciated and largely unpaid.”

Some believe this is because having legally required vacation days would harmfully disrupt the American economy. However, 21 other countries offer paid time off for both vacation and holidays while maintaining similar economic conditions to the U.S. Germany, which boasts Europe’s largest and strongest economy, offers a guaranteed 20 days of paid vacation time and 13 paid holidays.

Ximena Sanchez (‘23) said, “I think Americans are overworked, and this affects them in many ways. I feel that many Americans have started to believe that they must be overworked in order to survive.”

This points to a larger problem within the U.S., which is the normalcy of work being given a top priority in people’s lives that is embedded in the culture.

Simply put, for non-Americans, people work to live while Americans live to work.

This workaholic lifestyle has become something companies have cashed in on, glorifying and encouraging it. For example, One37pm is a company designed to help people base their lives around entrepreneurship, as they believe that “entrepreneurship is bigger than career.” They encourage this entrepreneurship by facilitating the idea that all activities should contribute to a career in some way, whether directly working or gaining inspiration for work.

However, it is not enough to just dedicate time to work. Workers must also love their work and constantly be motivated by this love.

“Hustle culture” is also a work phenomenon prevalent in younger generations, specifically on social media. Even people with full-time jobs are encouraged to have some sort of “side hustle” as a way to make money outside of work. Any hobbies or talents are urged to be monetized, pushing the idea that time is meaningless if not spent making money.

We all have the same 24 hours. The only difference between the rich and the poor is how they use that time.

Both glorified workaholism and hustle culture feed the idea that by simply working harder, Americans can increase their wealth exponentially. This stems from the traditional idea of the “American Dream,” where everyone has an equal chance to achieve wealth and success through hard work. Research done by YouGov showed that 54% of American adults still believe that the American Dream is achievable for them. However, research done by the Pew Research Center has shown that those born into lower class families have much lower projected wealth and economic mobility than those born into upper class families. Despite hard work, young people are still limited by their background and class. While hard work does provide some mobility, overworking in the name of the American Dream actively harms workers.

Stress from overworking causes both mental and physical health problems in workers as well. Overworking can lead to mental health issues such as depression. Stress also affects people physically, as hormones released from stress can hurt the heart, putting people at risk for conditions such as stroke and Type 2 Diabetes. The lack of sleep from overworking can also cause daytime fatigue and exhaustion, further putting one at risk for heart disease and diabetes.

Amanda Chau (‘23) says, “I think that Americans are overworked for the fact that they don’t earn the money they deserve. After hours of hard work, a person’s mental health could deteriorate and feel overwhelmed thinking they don’t have enough money for friends, family and fun.”