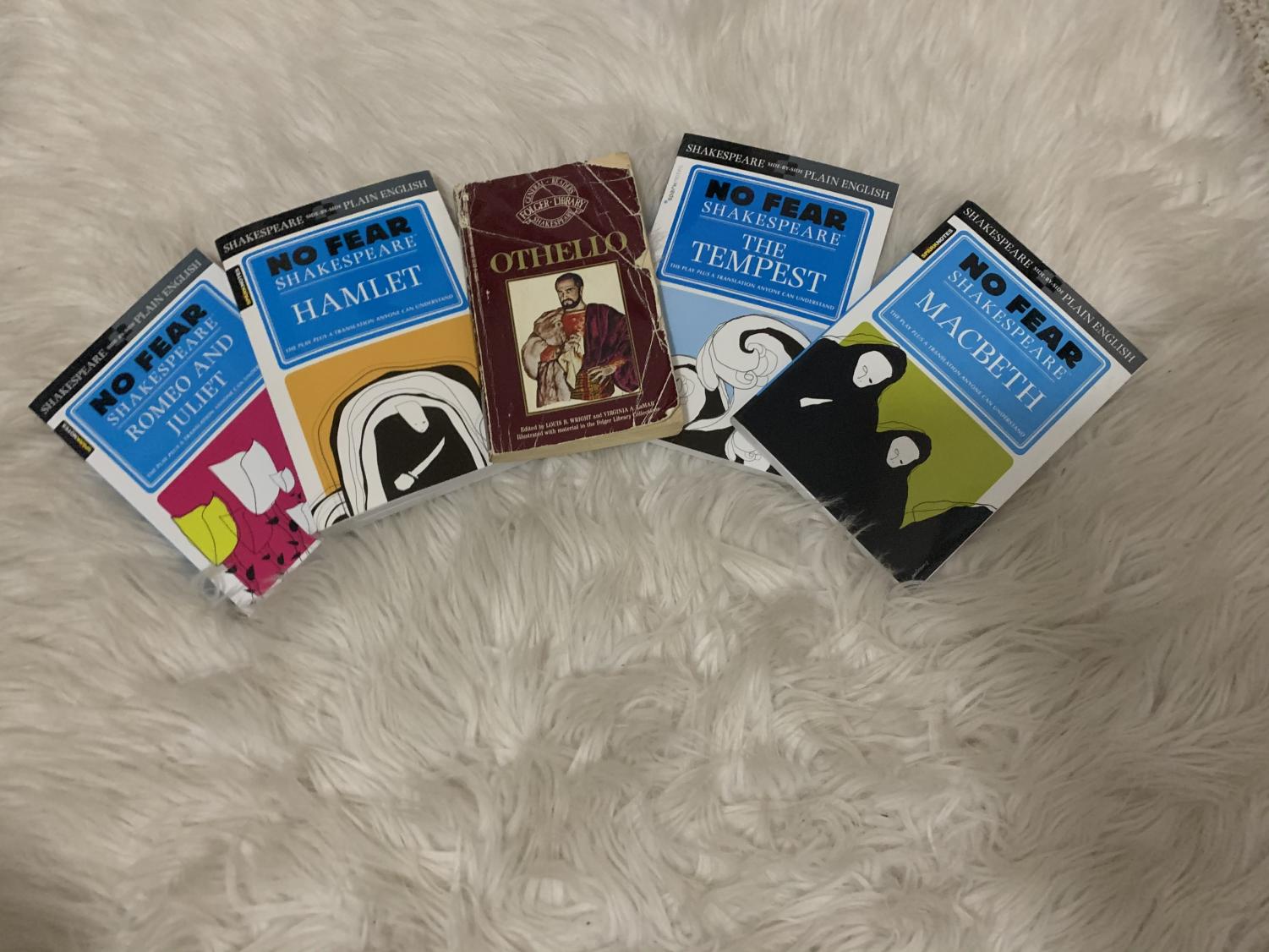 From modern, foot-noted editions to old copies, Shakespeare’s works have been a literary staple for centuries.

The Lasting Effects of Shakespeare

No one is really sure when William Shakespeare began writing his plays (arguably sometime between 1590 and 1592), and not everyone agrees on a favorite, but everyone aware of his work knows him as one of the greatest writers of the English language. Shakespeare wrote nearly 40 plays, and over 150 sonnets. But despite being written over 400 years ago, the plays and sonnets still worm their way into modern media.

English teacher Sara Moses said, “Reading Shakespeare provides students with the ability to not only tackle difficult texts, but it also allows them to make connections to other pieces of literature or pop culture because Shakespeare’s plays are frequently referenced or alluded to in movies, novels, songs, and even the cliché phrases we use in our language.”

One of the prime examples of this is Disney’s “The Lion King”. Many people argue that it was meant to be a Christian statement, because of Mufasa’s line, “you are my son. Remember who you are.” Which bears similarities to God telling Jesus, “You are my beloved son, with whom I am well pleased.” But a more common argument (which, frankly, makes a bit more sense considering the existence of certain characters in the film) is that “The Lion King” was based on Shakespeare’s “Hamlet”. Both stories feature a kingdom, in which a powerful and gentle king rules, with his beloved wife (Sarabi and Gertrude) and son (Simba and Hamlet Jr.). Both kings (Mufasa and Hamlet Sr.) have a jealous brother, wishing to take the throne. (Scar and Claudius). The brother kills the king, and becomes king himself. The son is left upset with the situation in the kingdom, but in the end, kills his uncle.

While we see that modern works were directly influenced by Shakespeare, it’s also common to see modern adaptations of true Shakespeare- “Romeo and Juliet” from 1996 portrays the characters in modern clothing, with modern music. Many believe that Shakespeare intended for his plays to grow with the times, while still maintaining the integrity of the themes and plot. For example, Movie and musical “West Side Story” was based on “Romeo and Juliet”, and “Ten Things I Hate About You” was based on “The Taming of the Shrew”. Occasionally, we  even see brief references to Shakespearean lines in modern film, such as an inaccurate reference to Hamlet in Clueless, which Cher, the main character, proceeds to correct.

A lot of times, we subconsciously use words “The Bard” invented. Phrases like “heart of gold” and “laughing stock” made their debut in the works of Shakespeare.

Sophomore Mykhia Pursley said, “Shakespeare’s work has relatable themes for a student’s everyday life. This helps benefit the growth specifically as an English student because it teaches the student to decipher different meanings from one topic.”