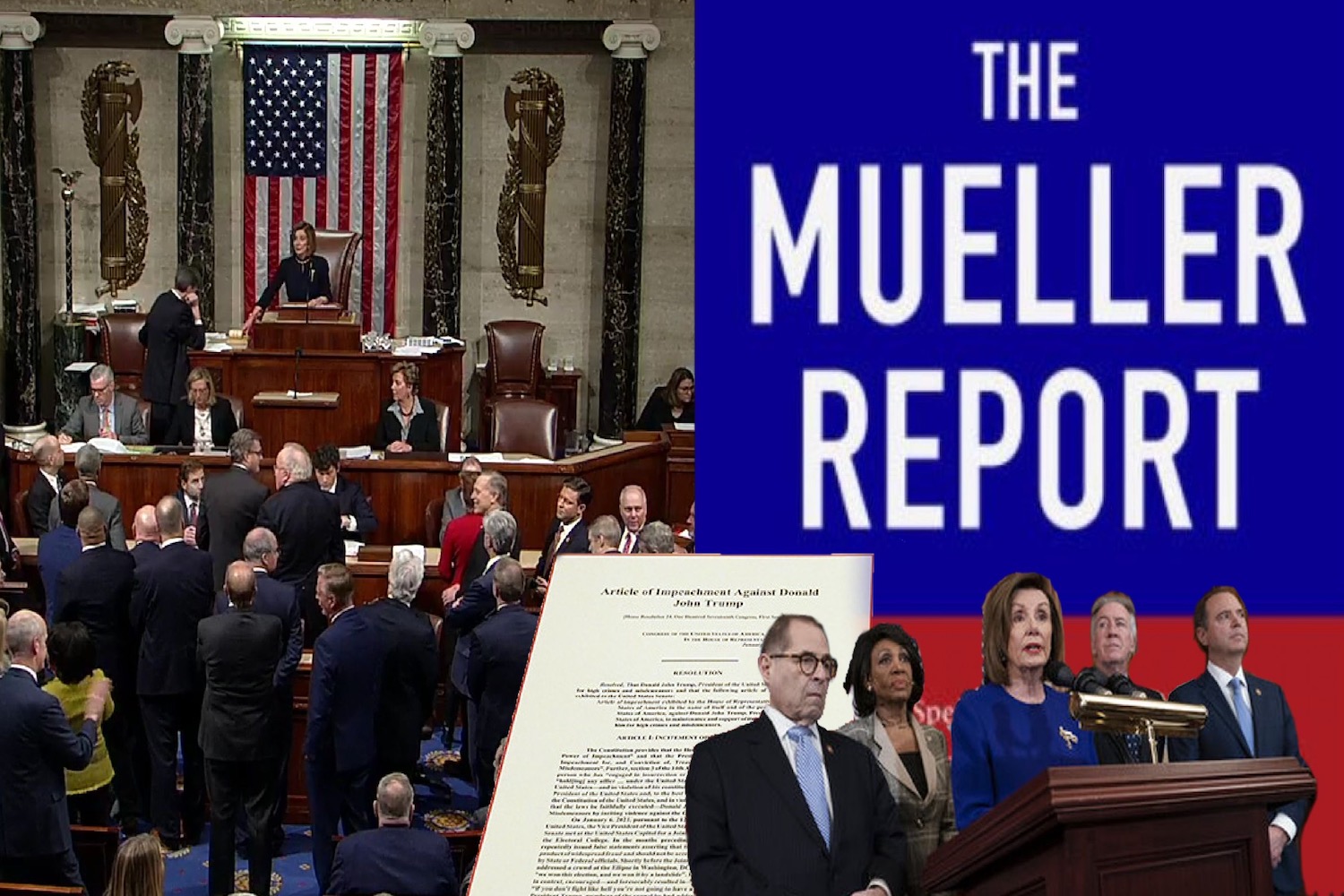 The U.S. House of Representatives voted to impeach Trump on January 13, but that doesn’t mean that he won’t be able to run again for president quite yet. ((Photo Credit: Gigi Alfonso/Photoshop/Achona Online))

The U.S. House of Representatives voted to impeach Trump on January 13, but that doesn’t mean that he won’t be able to run again for president quite yet.

A Civics Chat: The Impeachment Process

Americans have been hearing the word “impeachment” since the beginning of 2016 with the Mueller Report. Interestingly, Donald Trump is the first president to be impeached twice. But what a lot of Americans don’t understand is that impeachment is not equivalent to removal from office.

The US Constitution states that the House of Representatives is in charge of impeachment, and the Senate’s job is to see if these impeachment cases constitute a removal from office. In an impeachment hearing, the House of Representatives charges a government official by a majority vote of impeachment. Then, a committee of representatives known as “managers” act as the prosecution before the Senate. The Senate sits as a High Court of Impeachment in which senators follow standard court procedure and vote to acquit or convict the impeached official. In the case of presidential impeachment trials, the chief justice presides over the court. The Constitution states that a two-thirds vote of the Senate is needed to convict, and the penalty for an impeached official upon conviction is removal from office. The Senate also has the power to disqualify said officials from holding public office in the future.

“I think that the impeachment process is specifically designed as “challenging” because it is an incredibly serious decision. There are several steps that have to occur, including a House vote and a trial, in order for the president to actually get kicked out of office. I understand why Congress let Bill Clinton stay as President because it would have been very difficult to go through the process of having a new president and conducting impeachment protocols, however for future cases I do not believe that it is fair. If a President has done something that deserves impeachment, I believe they should have a fair trial and face punishment accordingly if need be. We have recently discussed the impeachment process in AP Gov when talking about Congress in particular. Something that many people may not know is that the House of Representatives votes to impeach the President, but the Senate holds the trial,” said Stella Mele (’21).

In The Federalist Papers, (No. 65), Alexander Hamilton wrote that impeachment is “a method of national inquest into the conduct of public men accused of violating the public trust.” The first impeachment trial was that of 17th President Andrew Johnson in 1868. When Johnson, Abraham Lincoln’s Vice President, succeeded the presidency in 1865, his ideas for a lenient Reconstruction of the Southern states clashed with the wishes of a majority of Congress, controlled by radical Republicans who favored much stronger action. Ultimately, Johnson was impeached, but not removed from office. In fact, no US President has ever been removed from office.

Bill Clinton, in 1998, was the second president to be impeached, on the grounds of having an affair with a White House intern, and then falsely stating that he did not do so, when asked by federal investigators. Clinton was not removed from office, because Congress felt that the misconduct was not severe enough to merit removal from office.

“I think the impeachment process is interesting because while a President could be impeached, it doesn’t necessarily remove them from office or strip them of their powers. In my AP Gov class, a lot of us were confused as to why Congress would go through the whole impeachment process for Trump given that he had such little time left in office, but we learned that, if found guilty, he would lose access to the amenities that Presidents have after they leave office, such as their security detail, and he would be unable to run for office ever again. I think that since no president has been removed from office even after being impeached, it brings into question the purpose of impeaching a president if nothing has ever come from it. At this point its more of a symbolic thing rather than serving a purpose,” Alexa Groteke (‘21).

Donald Trump is only the third president to be impeached, and the first to be impeached twice. The Mueller Report, created by prosecuting attorney Robert Mueller, tried to get Trump removed from office on the grounds of “enlisting a foreign power to corrupt the US’s democratic elections”, according to the US Judiciary Committee. Obviously, Trump was not removed from office for trying to tamper with the 2016 election, nor has he been removed from office for the second impeachment: for allegedly inciting an insurrection, urging his followers to be strong and advocate their support for him, which likely lead to the violence at the Capitol two weeks ago.

Sahar Bueno-Abdala (‘21) said, “Though I don’t think the fact that no president has been removed affects the actual process, I believe it affects the intentions behind impeachment. An impeachment might not exactly aim for the removal of office and simply be a way of Congress telling the public and making it clear that they condemn the actions of the president and that they hold them accountable. I think that doing something simply because it is “easier” is immature and irresponsible, especially if the president has done something serious that needs to be addressed and they need to be held accountable for their actions that could possibly put the country or those near them in trouble. In the case of Trump, there was no time to remove him from office this time, but if this had happened earlier, I believe it would be the responsibility of Congress to address the issue and his inciting of violence at the capitol through spreading false information and take him out of office as he did something that spread fear across the country and endangered the lives of many important lawmakers. We have discussed impeachment in AP Gov, and something that I didn’t know about was that if someone is impeached more than once, they lose some of their benefits after presidency, and one of those benefits is $148k a year.

This second impeachment seems futile: after all, Trump isn’t the president anymore. But it’s an essential part of keeping him from being president again, because he will no longer be able to run for public office. Constitutional law experts argued that Congress could use a lesser-known provision in the 14th Amendment to ban Trump from office, by voting that he “engaged in insurrection or rebellion” and thus can’t hold office again. They say that would take only a majority vote, although this could be open to court challenges.