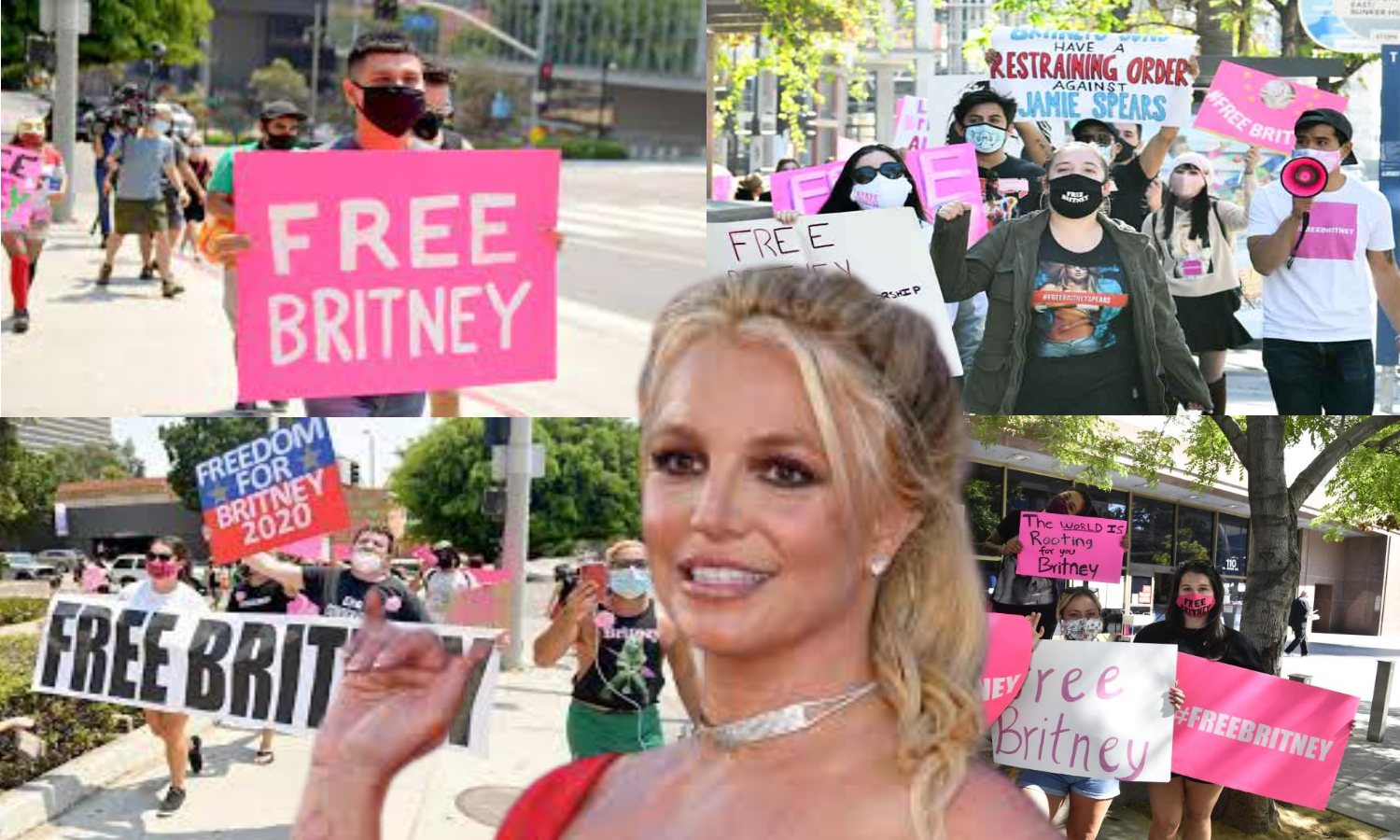 New developments in Britney Spears’s legal situation have caught the eye of the public.

The recent New York Time’s documentary “Framing Britney Spears” has brought attention to the 2000s pop singer’s legal situation. Spears’ fans have expressed concerns about her father’s control over her life. Many have speculated that Jamie Spears does not have a good relationship with Britney and that he is more interested in her wealth than wellbeing. The slogan “#FreeBritney” has been the rallying cry for the end of the conservatorship over Spears’s $60 million fortune.

A conservatorship is when a person or group has been given control of an individual’s finances when that individual is physically or mentally unable to take care of it by themself. This legal transaction is typically reserved for when the conservatee has dementia or other illnesses that would make them liable to disadvantageous financial decisions.

Spears has been under this conservatorship since 2008 after an involuntary stint at a psychiatric hospital. The arrangement was meant to be temporary until the singer had recuperated and felt comfortable making her own financial decisions. However, the conservatorship was made permanent soon after, with her father, Jamie Spears, as co-conservator alongside Attorney Andrew Wallet.

Riley Griess (‘23) said, “I don’t think it’s fair that Britney is under her father’s control. She’s an adult, and despite her past, she should be able to make her own choices. Her legal situation should definitely be reevaluated.”

The very nature of Spears’ mental health crisis that created the need for a conservatorship has also been brought into question. There is no denying that Spears needed help after displaying erratic behaviors such as shaving her head and attacking paparazzi with an umbrella in 2007. Since then, however, Spears’s mental health seems to have improved dramatically. She has been keeping up with the demands of being a pop star, including a Las Vegas residency that produced $138 million in ticket sales.

Thus, her productivity raises the question: Does Spears still need a conservatorship?

Fans have noticed the strange nature of Spears’s legal situation. In the popular podcast “Britney’s Gram,” an anonymous source claimed that they were concerned about Jamie Spears’s control over Britney’s life. The podcast added fuel to the #FreeBritney fire that had started when the conservatorship was first instituted. Dedicated fans have organized protests and called for an end to Spears’s conservatorship.

The public has tied Britney’s conservatorship to her strange posts on social media. Britney often publishes quotes and Pinterest images that seem less polished than a typical post for a celebrity of her stature. Some have speculated that Britney is using these posts as a sort of “hidden message” asking for help. Spears’s social media manager, Cassie Petrey, has stated that Britney creates her own posts and is in no way being censored or forced to push a narrative. According to Petrey, Spears is using social media for fun, just like anyone else.

Kylie Anderson (‘23) said of Britney’s social media, “I think that Britney’s accounts are a cry for help because of her strange appearance and behavior. Someone in the comments on one of her TikTok posts will say something like, ‘Britney, if you need help, wear yellow in your next video,’ and then she does. She is obviously trapped in a household and in her mind.”

Despite this mass movement, Spears herself has claimed that she wants the conservatorship to remain in place. This contradiction to the #FreeBritney movement’s statement that she is in this conservatorship against her will suggests that Spears’s mental health is not as stable as the public thinks. Her only objection is that her father steps down from his role as co-conservator. Spears has requested that Jodi Montogomery, her father’s substitute when he took a leave of absence due to health issues, remain conservator of her person. She also requests that the Bessemer Trust, a private bank, becomes the conservator of her estate. This decision was approved by a court last February and will remain in place until September 2021. The #FreeBritney movement considers this to be a win.

Alayna Pearson (‘24) said, “I think it’s great that Britney has a new conservator. It’s definitely a step closer towards her becoming independent again.”

The cries of concerned fans have been loud, but a singular message remains clear: Britney Spears does not want her father to have control over her life. A gradual rehabilitation requires the guiding hand of someone that has her best interests in mind, and according to Spears, her father is not that person.