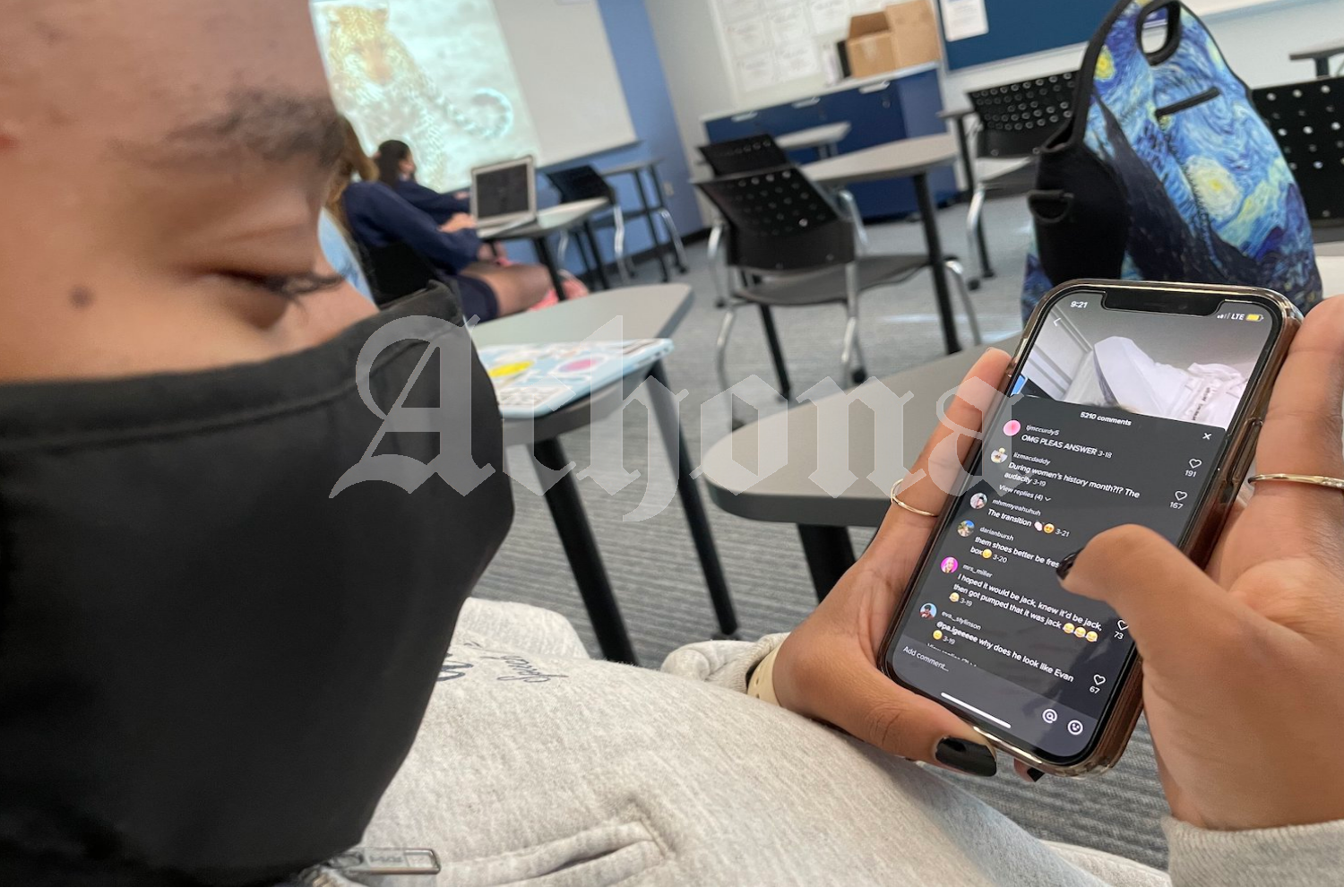 Comments on the popular app TikTok are a common place for people to overshare online. ((Photo Credit: Isabel Bequer/Achona Online))

Comments on the popular app TikTok are a common place for people to overshare online.

This is just one example of a toxic culture that has been created within many internet communities as a result of people being far too comfortable online. Boundaries are blurred on the internet. The lack of face to face interaction makes it feel as if you are not interacting with real people, or as if everyone you are interacting with is your friend. This creates a lack of personal boundaries online that leads to the dehumanization and degradation of individuals.

Larger creators or personalities especially are often seen as less human online. This leads to trends such as the above comments. These comments can affect creators by giving them a sense of guilt, even though they did nothing wrong, as they did not intentionally post something meant to harm others and there is nothing innately harmful about their post. These people do not have an obligation to tiptoe around the feelings of people they do not know. They also have no way of knowing what other innocent content could hurt people’s feelings, so it would be impossible to even try. As long as they are not posting intentionally hateful or harmful content, they have no obligation to others’ [verb] and should not be subjected to these comments.

In addition to the comments above, the lack of personal boundaries is apparent in other ways in internet culture. Often people will playfully act rude and point out flaws in others, especially popular creators and personalities, in an attempt at banter. However, they do so without the foundations of friendship that would typically make someone okay with this banter, making it mean and hurtful rather than friendly.

This can have hugely detrimental effects on the creators interacted with. By pointing out insecurities in flaws within people unprovoked, it negatively affects their mental health and self-esteem. While creators gain fame off their personas online, they are merely personas, meaning their audience does not have knowledge of their personal life. This means that this teasing could pick on something that is a large insecurity of theirs or that has deeper and potentially traumatic memories attached to it. This differs from the creators posting content that leads to trauma dumping as comments made towards the creator are intentionally rude under the facade of friendship.

This overly comfortable environment does not only harm large creators. It can also be a danger to regular people interacting with other regular people online. When making friends online, people will often share personal information online in an attempt to project an honest persona to their friends. However, when the lines of friendship are blurred online, some people will share this information with practical strangers. Additionally, if they put this information somewhere public, it becomes available to everyone, not just friends or people you feel comfortable sharing with.

A common example of people publicly sharing private information online is carrds, a website often used to create simple “about me” pages linked on social media. These pages often contain information such as what movies or books a person is interested in so they can find people with similar interests, but often will also feature their name, age, and even their general location where they live. This can put people, especially minors, into serious danger and make them more susceptible to pedophilia and grooming. Additionally, not everyone online is being entirely honest, and can easily post fake personal information in an attempt to get close to others and harm them.

“I definitely think people share way too much personal information online. People need to know what is okay to share and what isn’t. I cannot recall a time I have shared personal info that I regret sharing but I do know someone who has and it did not end well,” said Isabella Pearson (’23).

LRT – Please, I'm begging kids to take internet safety seriously. You don't need to list information about yourself online!! I know internet culture is different today and people are open books on social media but you don't have to do that. Protect yourselves, stay safe!

Despite the above situations, the internet can still be a tool for making friends. Making communities have formed through the internet and given people a voice where they did not have one before. Many have found safe spaces through the internet where they feel more comfortable being themselves or sharing their interests. However, in the pursuit of these communities and friendships, it is important to still maintain a level of anonymity online. By simply not sharing personal information such as age or where you live, you can protect yourself a great deal.

The unique culture of the internet and the role it has taken in young people’s lives means that many situations online are uncharted territory. This facade of friendship is hard to navigate, as the internet makes it so everyone is on the same level, making everyone feel like your friend. However, the truth is that most people on the internet are strangers, no matter how well you feel you know them from their content or their persona. By remembering this fact and treating people online more carefully, it can keep online interactions much safer and kinder for all parties.