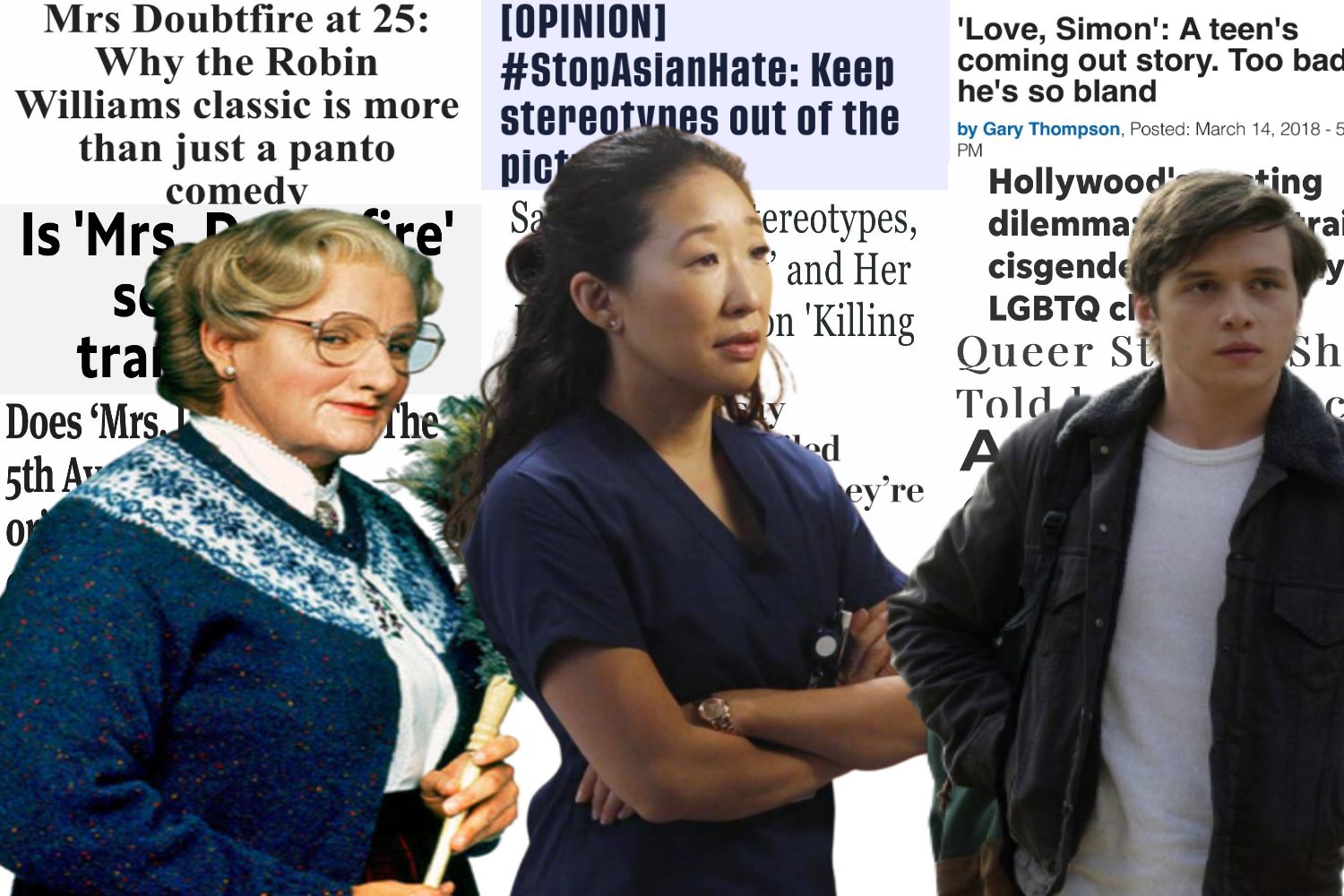 Many beloved shows have been criticized for their offensive nature years after their release. (Photo Credit: Raquelle Elson/PiktoChart/Achona Online)

Many beloved shows have been criticized for their offensive nature years after their release.

On May 8, Saturday Night Live’s “Gen Z Hospital” outraged many people, mainly the Black community, because of its misuse of AAVE. This highlights the issue of many comedic pieces of media attempting to tread the thin line between comedic and offensive humor.

the appropriation of AAVE by white people is gross, the mislabeling of AAVE as a "Gen Z phenomenon" is also gross, but on top of that, the SNL skit reads like they just pulled a list of terms from UrbanDictionary and sprinkled them in, not caring that AAVE has a defined grammar! https://t.co/4Og94adTJw

As seen through the entertainment industry, society has an obsession with testing the boundaries of humorous and offensive humor. Because of this, along with the fact that society’s perception of comedy changes, present-day “masterpieces” are set up to be viewed as offensive in the future.

Laura Caroline Jung (‘22) said, “When movies age poorly compared to modern culture, it’s not as ignorable as bad graphics. Flagrant racism or misogyny that was once generally accepted stands out in modern day because we, as a modern society, (usually) know better. The moments when I watch a movie and think, “Oh gosh, people thought that was okay?!”— they really just make the movie less immersive and enjoyable. I think this is why so many movies age so poorly- accepted social norms change rapidly and drastically. So era-appropriate lines are often unacceptable in another era. I imagine what it would be like if modern film was shown to 1920s audiences, for instance. They would be horrified at what we deemed acceptable, too. It’s a reminder to me that culture is not stagnant but rather constantly reformed by those who interact with it.”

The 1993 movie “Mrs. Doubtfire” starring Robin Williams tells the story of recent divorcee Daniel Hillard posing as an older nanny to gain access to his kids and ex-wife. This award winning movie has been criticized for its mockery of the experience of being a transgender woman, particularly the “man in a dress” trope. The man in a dress is any occasion where a man dresses as a woman for the purposes of a disguise, a trope which is problematic because of the irrational fear many have of transgender women being men in disguises. This trope’s effect worsens as Hillard’s use of “cross dressing” is used for borderline predatory reasons. Hillard’s deception of his wife rather than taking verbal or legal action to see his children implies that trans women use their womanhood as a weapon to intrude upon the lives of cisgender women and that being transgender is not an identify but rather a way for men to prey upon women.

“Grey’s Anatomy,” which first aired in 2005 and was recently renewed for its 18th season, also falls prey to this issue. While it is known for having been diverse at a time when shows lacked diversity, the beloved ABC show is often criticized for its stereotypical and racist portrayals of its minority characters. Cristina Yang, an Asian doctor, is a prime example of this problem. Cristina often falls into a stereotype of Asian women who are emotionless and robotic along with being ruthless in the workplace. The stereotypical portrayal of Cristina Yang is just one example of how the “Grey’s Anatomy” writers used tropes and clichés to characterize minorities.

The 2018 film “Love, Simon” was box office success because of its groundbreaking portrayal of a coming out story, which was considered taboo at the time. It’s diverse and unconventional storyline is diminished because of the lack of diversity on the screen. Nick Robinson, the actor portraying Simon, is not a gay actor which is not offensive but is quite disappointing. The beauty of having more diverse stories in the entertainment industry is the representation that is provided for viewers, along with the opportunities for members of the community to play these parts. Casting a straight actor to play a LGBTQ+ character withholds an opportunity for a LGBTQ+ person to tell a story particular to their community, especially since LGBTQ+ actors are casted at a lower rate.

“They villainized Simon and did not take into account the difficulties of coming out and dealing with your sexuality. The hiring of a straight actor further marginalizes the LGBTQ+ community and does not provide the representation that is needed in the media,” said Ximena Sanchez (‘23).

like, sure, actors can act and all that. but why is it that when i’m watching limited queer media, straight people are everywhere?

the one thing that really held me back from loving love, simon was knowing nick robinson was a straight

Along with the issue that these shows poorly represent many of their characters, it is important to acknowledge the role fluctuation of society’s perceptions has on the way these shows are now viewed.

“I think that offensive ‘humor’ is okay only when it is used for the purpose of explaining how dire a situation is, such as in ‘Jojo Rabbit.’ However, when this humor is used to mock minorities it is absolutely not okay,” said Riley Rubio (‘23).