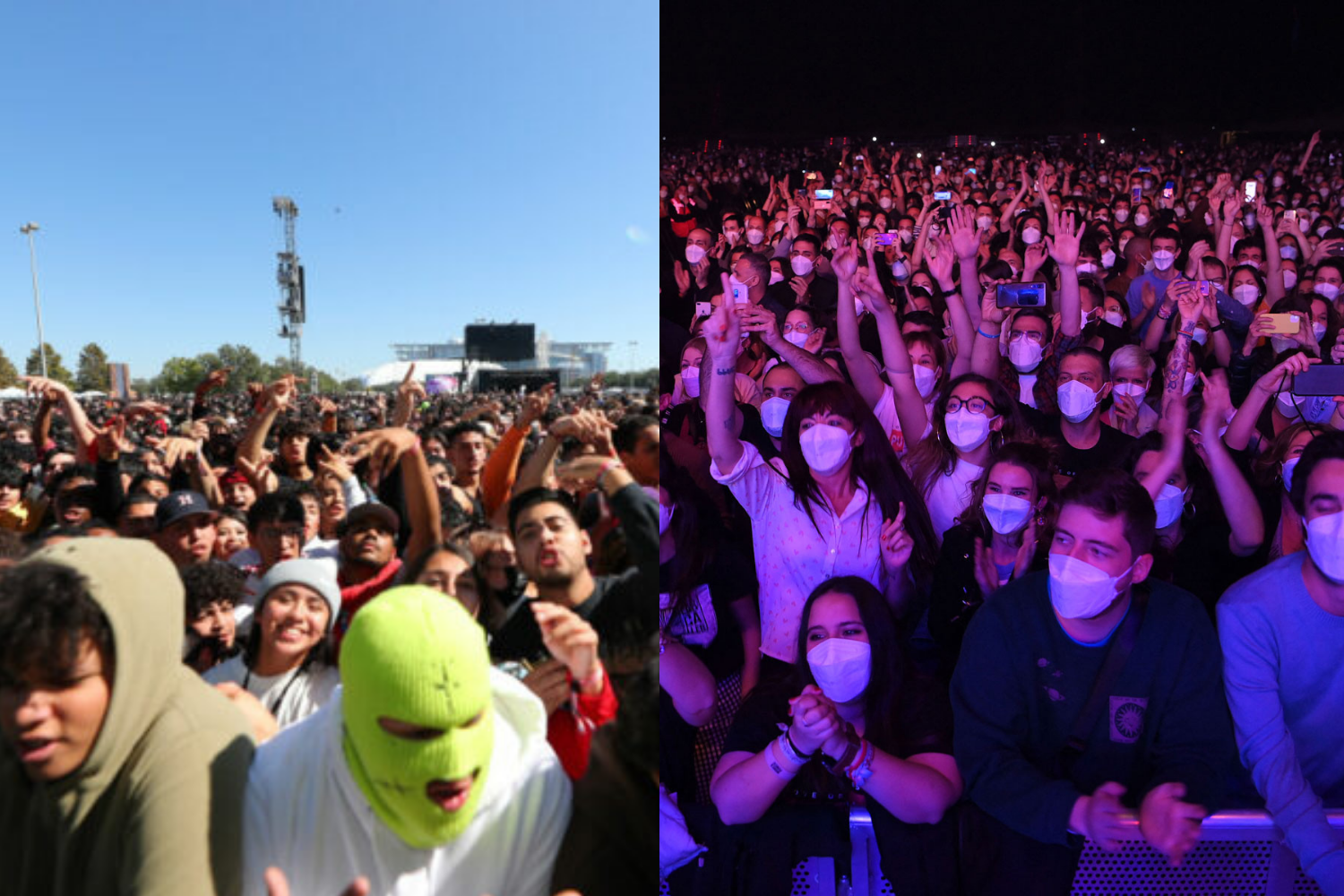 Recent concerts have varied in the amount of safety precautions taken to protect concertgoers.

How to stay safe at concerts

At the tragic Astroworld Festival, concert safety became a prominent discussion. Ten people were killed and hundreds were injured due to the crowd being so tight that many concert goers could not breathe. While medics, security, and the artist should take many precautions to ensure safety, it is also important for you to be able to keep yourself safe while attending a concert.

When it comes to very large concerts, it is very easy to get swept up in the crowd. Therefore, it is necessary to attend a concert with a friend or family member. Having someone nearby for protection if things go badly is important, especially in extremely crowded, tightly packed spaces, where occurrences like the Astroworld Festival are possible. If a friend cannot attend, make sure to share your location with someone trustworthy.

It is also crucial to be aware of your surroundings. Take note of the exits and where security is stationed. Maps of the venue should be available to assist in creating an emergency exit plan. If there is ever an emergency, attendees need to know how to get out and reach safety. It is also dire to report any emergencies or issues. People may not be able to help themselves. Reaching out to security or the artist themselves can help people who have been injured. Many artists such as Adele, Niall Horan, and A$AP Rocky, have been known to pause the concert to help people in danger.

One sign that a concert may not be safe is if there are too many people packed together in an area. A tightly packed crowd can lead to a crowd surge. A crowd surge is when a large group of people is packed together very tightly and it becomes impossible for people to control their movements.  Staying on the outer edges of a crowd can help avoid getting caught in a surge. When caught in a surge, it is important to stay upright and try to keep your arms close to your chest to protect your ribs. People falling during a crowd surge could lead to crowd collapse. Steven Allen from Crowd Safety said that “when it goes wrong is when the crowd collapses and people behind them are going on top of the people in front of them who are already horizontal.” Crowd collapse can lead to fallen people being trampled by the crowd. Being trampled can leave victims severely or fatally injured.

If a crowd surge occurs, it is important to stay calm. Widespread panic can cause a stampede or cause people to collapse. During a The Who concert in 1979, attendees rushed into the building because they believed the band had begun to play, and eleven people were killed as a result. Stampedes are a common cause of injuries at concerts. When fans rush the stage to try to get closer to the artist, this can cause a stampede and crush people in the way. This makes it important to be aware of the people around you. If people seem too rowdy or dangerous, moving away is the best option. Smaller or shorter people should try to avoid standing next to large men who could easily knock them down or crush them. This is especially true in outdoor concerts where there are no seats or if you are standing in the pit area.

“For this specific concert I was in the pit. Everyone was extremely kind and courteous about giving each other space to dance and move around without being too congested. I think that being able to understand surroundings and caring about others at concerts is extremely important and it is something that I am careful of when I am attending concerts,” said Aydan Sullivan (‘24).

Small actions such as eating beforehand and drinking water can improve safety. Staying hydrated is important because, at concerts, you are exerting lots of energy and singing very loudly. Proper hydration and nutrition can prevent getting lightheaded or passing out. It is also important to consider Covid-19 precautions. It is necessary to wear a mask if you are at risk or unvaccinated, as Covid-19 is still prevalent and dangerous.

“At most concerts there are covid restrictions, so I had to show proof of my covid vaccine upon entry. Personally I chose to also wear a mask for the safety of myself and the other people at the venue,” said Sullivan.

Some concert safety tips for you and others
1. Drink a lot of water before and during a concert
2. EAT something before hand, if you can eat or drink something sugary to help keep your blood sugar up
3. Look up and follow venue rules
4. Be kind to those around you

The best lesson to be learned from Astroworld and other devastating concerts is how to increase safety at concerts. Flaws in arena planning have come to the spotlight as people try to dissect the tragedy that has recently occured. Concert goers should choose concerts to attend carefully and constantly assess their safety.