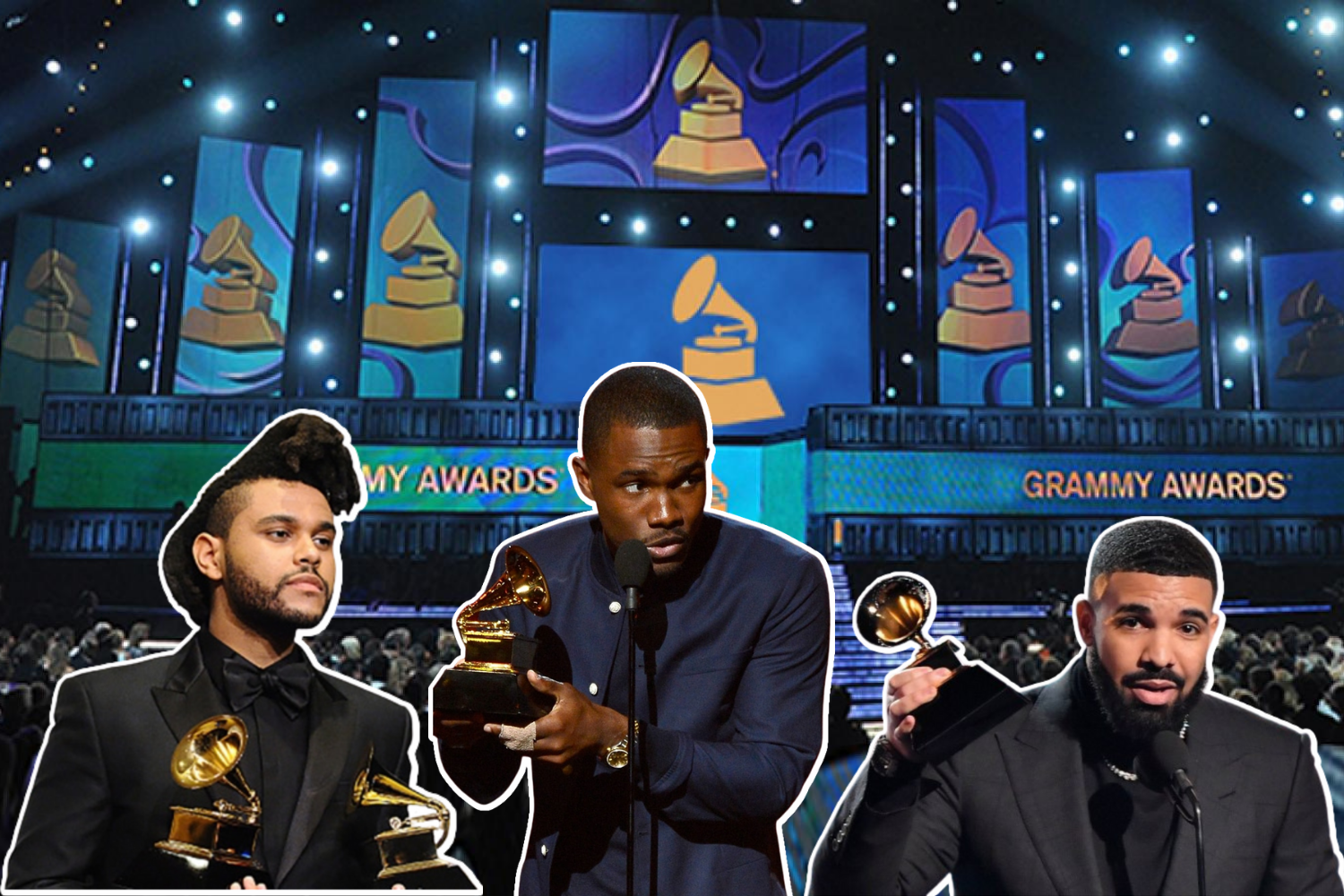 Acclaimed artists such as Drake, The Weeknd, and Frank Ocean have withdrawn their music from being nominated for a Grammy Award. (Photo Credit: Olivia Payne/Canva/AchonaOnline)

Acclaimed artists such as Drake, The Weeknd, and Frank Ocean have withdrawn their music from being nominated for a Grammy Award.

Nominees for the upcoming Grammys have been released and, as always, the lists have caused a stir. The upcoming Grammys will occur on January 31, 2021. This will be the 64th Annual Grammy Awards, and with each show, speculation about the validity of the nominations grows.

On December 6, Drake took himself out of the running for two Grammy Awards. While the rapper hasn’t made a statement as to why, many fans speculate that it was due to his previous comments about the unfairness of the Grammy Awards. In 2020, The Weeknd withdrew his name from further Grammy nominations after his hit album After Hours received no nominations. After The Weeknd publicly called out the Grammy Awards, Drake showed his support and called for the Grammys to be replaced with something new for the future generations.

Drake and The Weeknd are not the only artists who have called out the Grammy Awards for unfairness. Machine Gun Kelly tweeted his frustrations after his album, Tickets to My Downfall, received no nominations for the upcoming 2022 Grammy Awards. In 2016, Frank Ocean did not submit his hit album, Blonde, for consideration. Ocean called the Grammy’s system dated and claimed that it did not completely represent the music industry.

Sophia Torres (‘22) said, “I do still watch the Grammys for the performances and to see who wins the big awards, but I don’t really think winning a grammy holds the same prestige as it used to. Especially with their shady nomination process, the show feels more and more like a popularity contest as the years pass.”

The Grammy Awards have a long history of being problematic and biased. Neil Portnow, the ex-chairman and CEO of The Recording Academy, faced controversy after only one woman won a Grammy Award in 2018. Portnow claimed that female artists needed to step up if they wanted to win awards. This caused an uprising by female artists on social media, including a Twitter statement from P!nk and Katy Perry.

👏🏻👏🏻👏🏻 Another powerful woman, leading by example. We ALL have a responsibility to call out the absurd lack of equality everywhere we see it. I’m proud of ALL the women making incredible art in the face of continual resistance. ✊🏻
P.s VH1 Divas Live. https://t.co/RDmB7zRfId

The continual reduction of artists putting their music in for consideration has caused the public to question the validity and respectability of The Grammy Awards. In this year’s nominations, Justin Bieber’s song “Peaches” received multiple nominations, while other popular artists, such as Lorde and Polo G, saw no nominations. Halsey had a popular album which is up for the title of best alternative album, however, fans thought it was unfair that the artist only received one nomination. This shocked fans, as Bieber’s “Peaches” had a divided reception from the public. These questionable nominations are a great contributor to the Grammy Awards’ decrease in importance. This loss of respect has caused the newer generations to lose interest in the Grammy Awards.

Many artists have stated that receiving Grammy nominations and awards was an unfair process. In 2020, Halsey took to Instagram to express her frustration with the Grammy Awards. They stated that receiving a Grammy Award has more to do with bribes and knowing the right people. In her statement, she said that she was sure that the post would “blacklist” her. In the upcoming Grammy Awards, they saw only one nomination (Best Alternative Album) for their newest album, If I Can’t Have Love, I Want Power.  Her statement coincides with many other musicians’ statements about the Grammys. Wiz Khalifa sent out a tweet stating that The Grammy Awards were about politics.

Yea that’s a surprise but its politics. If you don’t show up to their parties they don’t throw your name around https://t.co/Y7jfv18GH8

“I do think it still is a big achievement for any artist and they should be proud of any of their wins,” said Torres.