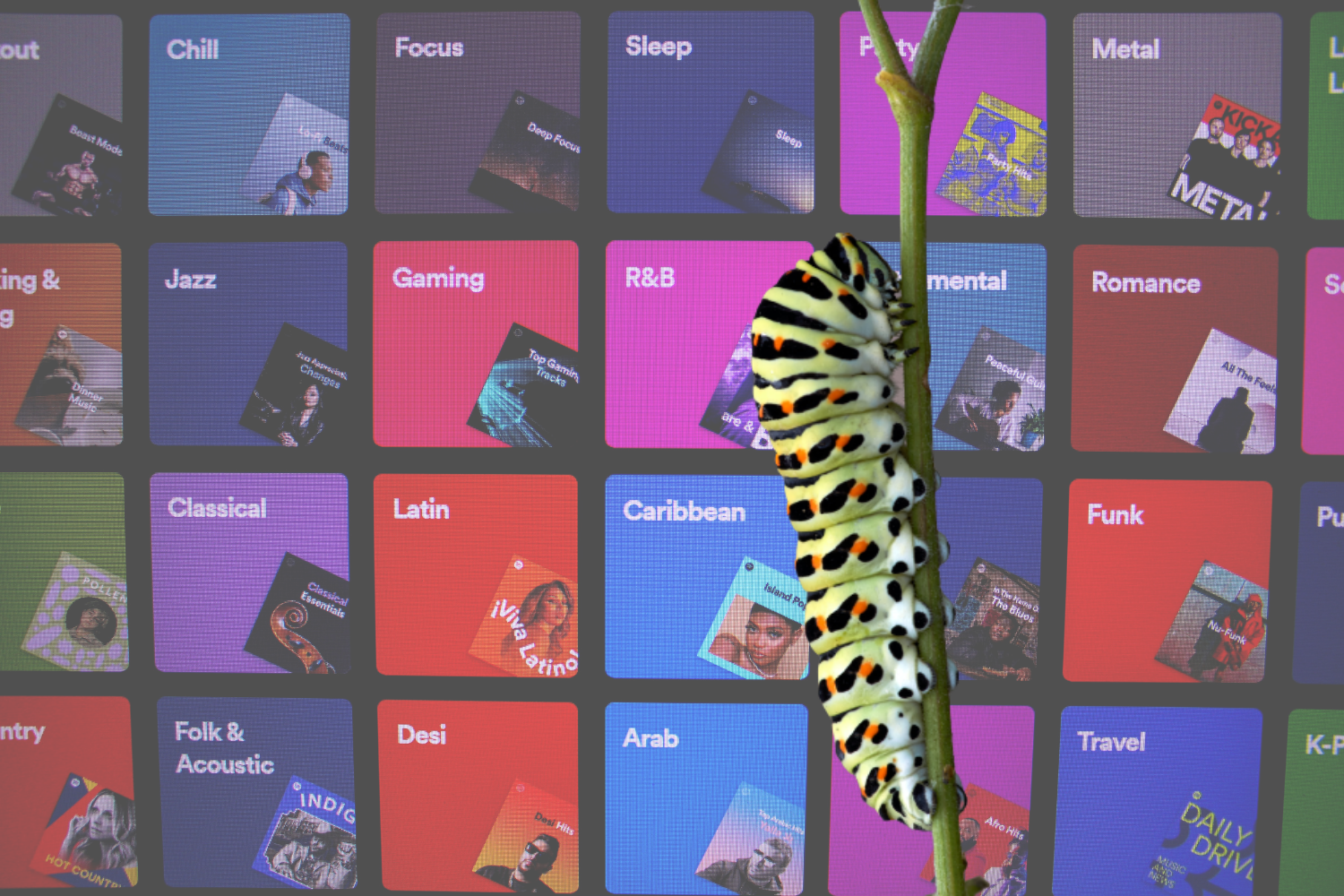 Songs that often get stuck in individual’s heads are called “earworms,” for the feeling like they crawled into your head without reason. (Photo Credit: Elise Favret/Unsplash/Canva)

Songs that often get stuck in individual’s heads are called “earworms,” for the feeling like they crawled into your head without reason.

As one walks down the halls of Academy, you will be sure to hear snippets of songs from a variety of places: musicals, TikTok’s, or even 10+-year-old albums. The question remains, however, why do some songs get stuck in people’s heads for seemingly eternities, while others are forgotten in mere minutes?

Anyone can remember a time when a song seemed to play on repeat in their head. All too often a few lines from a catchy chorus will enter people’s minds despite them not having heard the song in months, or not generally enjoying it in the first place. With the introduction of the social media app TikTok, songs are not the only thing getting stuck in people’s heads. Now, it is common to hear people repeating the same 15 second sound that may be trending, whether they are set to music or not. Sounds vary from clips from reality tv shows to Elmo singing about balsamic vinegar. While generally harmless, the phenomenon of certain sounds being “stuck” can lead to restlessness or irritability.

The term used to refer to such an occurrence is “earworm.” According to a recent study, not all songs are created alike in their ability to get stuck in your head. Songs that are faster, with a simple and memorable melody are the most common earworms. Often they will also contain intervals of leaps or repetitions that set them apart from an average pop song. Contrary to popular belief, earworms are not just the songs played most often on the radio. As discovered in a recent study, a familiar melodic shape (the rising and lowering of a song’s pitches), if used in a song with even little to no air-time, can lead to that song getting “stuck in your head.”

No matter the cause, it is clear the human mind is much more efficient at memorizing song lyrics than information not set to a tune. It is undoubtedly more difficult to memorize a paragraph of information than a chorus of a song. This raises a second question, though, why does the repetition and rhythm of songs translate directly to easy memorization, while poems still take much more work to remember? Many Academy students could recite all 10 minutes of Taylor Swift’s “All Too Well” with astounding ease and yet can’t remember their 15-20 line Poetry Out Loud poem. This can be attributed to a few causes. Primarily, we are bombarded with songs everywhere we go: the grocery store, in the car, and even in class. Rarely are we exposed to media in the form of poetry, however. Further, often poetry, while written with rhythm, loses its melodic attributes when read for the first time. It is up to the reader to determine the rhythm it is intended to be read with, a responsibility that does not lie of the listeners of music.

“It’s so irritating when a song gets stuck in my head. Usually, it’s a song I like, but the only way to get rid of it is to overplay it, and by then I’m tired of it,” says Allie Ragano (’24).

Like hiccups, headaches, and parenting, everyone has an opinion on the best way to deal with getting a song out of one’s head. Some argue listening to the full song will “get it out of your system,” while others recommend listening to a “cure tune,” or a well-known song with a simple melody, like “Happy Birthday.” One study even suggests that chewing gum can keep people from repeating an earworm. It was found that chewing gum interferes with speech programming by hindering the motor processes needed. This interference prevents people from subvocalizing or singing the songs to themselves in their heads. Others, however, argue there is no cure to the unwanted tunes other than waiting it out.

As annoying as earworms can prove to be, the brain’s intense melodic memory can be used to one’s advantage. All over Youtube, students share how they study for various classes by setting information to the tune of their favorite songs. By intentionally choosing an “earworm,” an irritating phenomenon can actually transform into a useful mnemonic device.