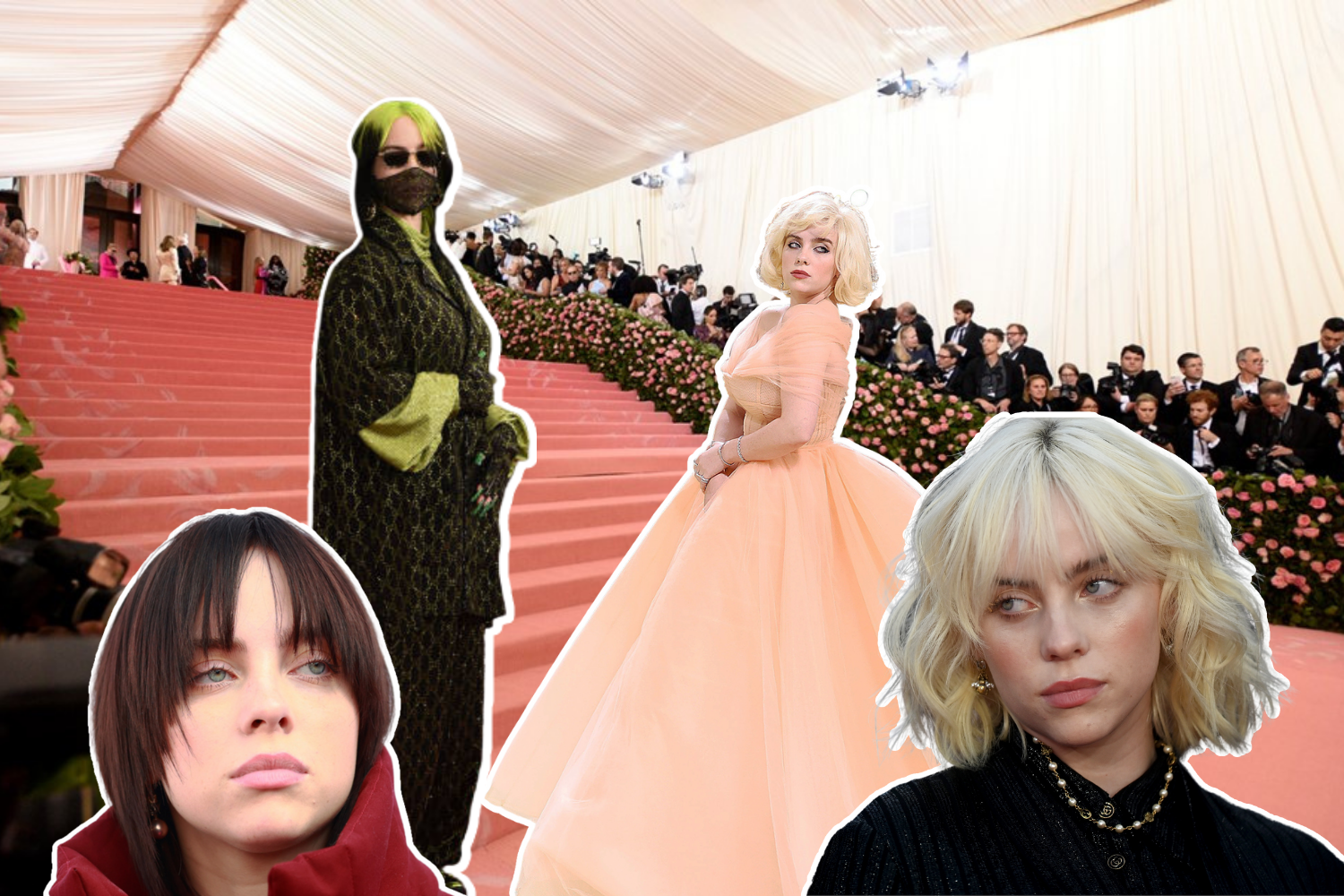 Billie Eilish has worn many styles throughout her career which were critiqued by the public. (Photo Credit: Olivia Payne/AchonaOnline/Canva)

Billie Eilish has worn many styles throughout her career which were critiqued by the public.

In early 2021, Billish Eilish shared a photo of her hair dyed red on Instagram with a caption stating that she had red hair for a week. This photo sent fans into a spiral as they debated whether the red was a good choice or not. Fans felt they had the right to comment on Eilish’s appearance and influence her decisions.

Fans care so much about Eilish’s style due to a sense of entitlement about influencing celebrities’ lives. They feel especially comfortable commenting about women’s appearances online. It is very common in the media for women to be harshly critiqued on their appearances, and Eilish is no exception. Fans go into great detail about their opinions on her hair color, sharing them where Eilish can see and expecting her to listen to their will. The line between a healthy relationship between celebrities and fans and a toxic one is often blurred, especially when fans have even closer access to celebrities’ lives through social media.

People share their opinion on the internet without thought of repercussions. With the growth of social media, there has been an increase in the extent to which people share their lives. Social media gives users the ability to freely express their opinion, as there is little censoring of comments and posts shared. That freedom has allowed users to judge and criticize others freely. Communicating through social media also allows people to be anonymous, which gives unwarranted confidence that speaking in person wouldn’t allow.

Along with anonymity, shared beliefs can lead people to share their opinions without thinking of how others may react. Pew Research Center states that “people were more willing to share their views if they thought their audience agreed with them.” Fans also show a belief that their opinion matters to celebrities. They try to use the influence of being part of a celebrity’s fan base to persuade the celebrity to change.

Eilish’s recent hair choices caused mixed reactions. Eilish’s neon green to black ombre hair became one of her trademark styles. Fans were stupefied when Eilish revealed that she had dyed her hair blonde, and her Instagram post became one of the top 10 most liked posts on Instagram. Prominent online discussions ensued about which of Eilish’s hair colors looked the best. Eilish did a small act of dying her hair, and it became a large internet discussion. While she did receive plenty of love, Eilish was criticized for changing from her signature style. The media intensely covered Eilish’s hair change, while other celebrities often change their hair color and do not receive any hate.

Bridget Moore (‘24) said, “I was really surprised when Billie Eilish changed her hair to blonde since the green and black hair color had been her signature look at the time, but I think the blonde looks really good on her and it’s my favorite that she’s done.”

Along with her changing hair colors, Eilish has had a change in clothing style. Eilish has grown in the public eye and, therefore, had a visible change in personality and confidence. As Billie grew in confidence, she began to alter her appearance to relate to how she wanted to look. Eilish was still a child when she began her career as a singer, so hiding her body from the public made sense. She had a signature style of wearing baggy t-shirts and shorts. The public wanted Eilish to stay the same, even though they harshly critiqued her original style. They have continuously commented and criticized Eilish’s appearance as she has grown up and changed.

While Eilish has shown that she is becoming comfortable wearing more revealing clothes, viewers online condemned her for showing more of her body. “Daily Mail” published an article with the headline stating “Proof that money can make you change your values and ‘sell out’: Billie Eilish shocks fans by swapping baggy clothes for lingerie in Vogue — despite years of vowing to ‘hide her body.” Throughout her teenage years, Eilish proclaimed that she wore baggy clothes to avoid people sexualizing and judging her body. Female celebrities are constantly sexualized, especially by the media. Female celebrities’ bodies are constantly policed by the public and objectified by those who view them. Eilish released her Vogue cover in an attempt to reclaim her body and not allow the public to be the judge.

Eilish’s change in style is put under more scrutiny due to her being an influential woman. Women are known to have more extensive roles in fashion and beauty. Women are expected to have an abundance of different outfits while men can wear simple outfits. The Met Gala is a prime example of the double standards for fashion and beauty for women and men. Female celebrities are expected to have extravagant and colorful outfits, whereas male celebrities tend to wear a simple black and white suit. There are higher expectations for women’s appearances than men.

“I definitely think women have more pressure in the fashion industry than men. It’s so weird to me when I look at pictures from… the Met Gala or the red carpet, and I’m blown away by the variety of unique clothes worn by women, and more often than not the men are just wearing nice tuxes. You think about women like Lady Gaga and Rihanna who always wear these intricate, kind of insane outfits, and then there’s Liam Hemsworth, Channing Tatum, and Ben Affleck in black tuxes. Honestly, I’m tired of tuxes,” said Delaney Ross (‘23).