The Inauguration Ball is one of the biggest celebrations in the country. Military officials, political figures, and celebrities are the most famous people in the room. The performances by the famous artists are what make the celebration more entertaining and enjoyable. 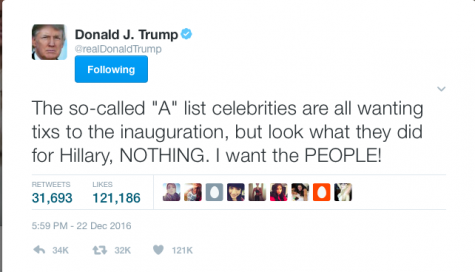 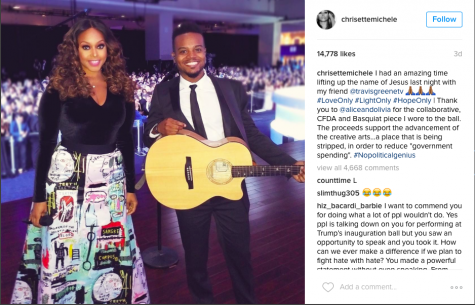 Those who have performed at the “Make America Great Again! Welcome Celebration”

Toby Keith: He has performed at the Republican national convention. He was unhappy with having Clinton and Trump as the last two options, but he is a republican so he voted for his political party. He also feels strongly about respecting our troops and has many songs written about our military. 3 Doors Down: They have also performed at the 2012 Republican National Convention. They have received a lot of hate for performing on thier instagram. One person said, “Good luck getting any gigs after this.”

Many other actors and artists attended, such as John Voigt and Caitlin Jenner.  Many other important military officials attended. The movie, Lone Survivor, is adapted by the book, Lone Survivor: The Eye-Witness Account of Operation Redwing and the Lost Heroes of Seal Team 10. Mark Wahlberg played the role of Seal Marcus Luttrell who was the real lone survivor. Littler attended Trump’s Inauguration to commemorate his team.