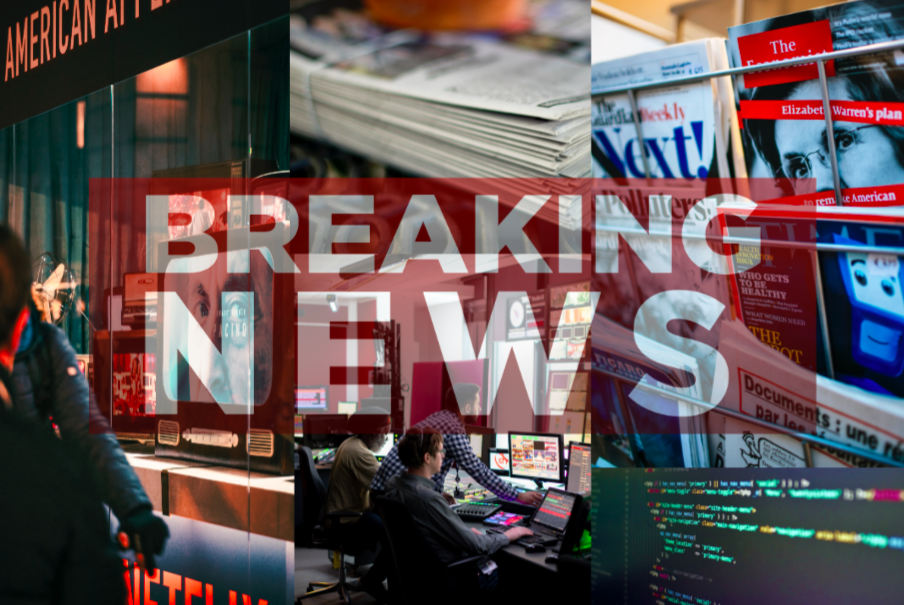 “We need to find a new way for the younger generations to stay informed. Something like an online streaming service where roaming field reporters can upload their own individual stories could fix this issue,” said AHN alum, journalist, and media manager Alexa Rodriguez (A’10). (Photo Credit: Mei Lamison/Achona Online/Piktochart)

“We need to find a new way for the younger generations to stay informed. Something like an online streaming service where roaming field reporters can upload their own individual stories could fix this issue,” said AHN alum, journalist, and media manager Alexa Rodriguez (A’10).

Why Are Younger Generations Turning Away From the News?

Viewership reached its lowest point with  6.8 million watching as Democrats closed their arguments on Jan. 31. There was a slight jump in viewership afterwards when Trump’s legal team began their case on Feb 1. This, however, took place on a Saturday, when ratings rise in general.

Some argue the broadcasts were affected by the trial’s timing, as the substantial aspects of the event mainly occurred during the workday. Others argue the trial felt predetermined, as final votes remained largely partisan, therefore there was no point in tuning in. Apart from partisan arguments, there is no solid evidence as to why ratings were so much lower than expected.

It is worth mentioning these numbers do not take into account viewers who streamed the event directly through social media or watched it on either PBS or C-Span. Still, it looks as if younger generations aren’t watching, reading, or even streaming the news at all.

According to a Pew Research Center survey people aged 18-34 are consistently less knowledgeable of current events. On a 12 question recent news quiz, young adult subjects averaged around 5.9 correct answers while their older counterparts averaged around 8.4.

Americans were asked to point to Iran on an unlabeled map of the world.

Interesting that we live in a world where a large % of the American public favors bombing a nation 77% cant find on a map. pic.twitter.com/1EgbbevlQW

Access to screens and other communication devices aren’t holding younger populations back. According to the Washington Post, more than twice as many young people watch videos every day compared to four years ago. Additionally, the average time spent watching videos has roughly doubled.

A report released by Common Sense Media concluded that on average, Americans 8 to 12 spend 4 hours and 44 minutes on screen each day. Furthermore, American teens average 7 hours and 22 minutes. This data does not include time spent using screens for school or homework.

Younger populations have the resources. So why are they turning away from the news?

AHN alum, journalist, and media manager Alexa Rodriguez (A’10) believes lower ratings connect to a lack of understanding among viewers. “The way some of the bigger organizations, such as Fox News and CNN, cover the impeachment trials fail to explain what is actually going on. They assume they are talking to people with political science degrees or history degrees. Many who were initially watching aren’t relating or wanting to return because they don’t understand the content,” she said.

This would make sense, considering younger populations have less education and understanding compared to their older counterparts.

Others, however, claim Americans are simply in a state of denial. For instance, in an interview with Voice of America, University of Illinois professor Nikki Usher said, “People have entered a state of avoidance. They just can’t hear any more, and that’s something we worry about.”

Usher went on the emphasis that American’s are overwhelmed by the abundance of information hitting them in the 24-hour news cycle.

Religion teacher Kim Wiley agrees with this, and regularly discusses this topic in her social justice classes. “There is an information overload,” she said.

“So many events happen simultaneously that the truly important information gets lost. When I was your age, we didn’t have this problem. We didn’t watch the news as it was unfolding. As a viewer now, you feel powerless and emotionally stressed. You see all the awful things in the world around you, but cannot do anything to immediately change them,” said Wiley.

According to Time, more than half of Americans say the news causes them stress, anxiety, fatigue, and insomnia. Senior Maggie Jaap expressed this, “I feel like people don’t want to watch the news because it makes them sad, anxious, or just unhopeful about the world around them. Everything you watch is depressing and violent,” they said.

Yet, one in 10 American adults check the news every hour. 20% of them report “constantly” refreshing their social media feeds to monitor breaking events. So if this is true, why do older generations still tune in to watch?

In an interview with Time magazine, Loretta Breuning, former professor at the University of California, explained how the human brain is attracted to troubling information. Our brain is, “programmed to detect threats, not to overlook them. This can make it hard for us to ignore the negatives and seek out the positives. Our brain is predisposed to go negative, and the news we consume reflects this. There’s this idea of following the news in order to be an informed citizen, but a lot of what you see today is gossip elevated to a sophisticated level,” she said.

Breuning brings up an interesting point. Many students, at least at Academy, say they don’t watch the news because of its included bias.

“I prefer getting my information from sources that aren’t biased, so I avoid reading or watching mainstream organizations. Fox News appeals to Republicans and CNN appeals to Democrats. I would rather just get the information from my teachers,” said Sarah Munera (‘20).

Chris Peters, a professor at Aalborg University Copenhagen, however counters Breuning’s initial point. “News is not an infectious and contagious pathogen like anthrax or the Ebola virus that impacts humans in relatively predictable ways,” he said. “It’s extremely complicate, if not impossible, to predict how people in the aggregate will respond to news.”

Regardless of the possible psychological effects, there may be a simpler explanation as to why younger people don’t tune in as often. Most students at Academy who don’t describe themselves as “politically aware,” say they just are too consumed with other work and activities to sit down and watch the news.

“By the time I get home from all of my after school activities, I have to do my homework and go to bed. For me, I feel like there just isn’t enough time in the day to pay attention,” said Olivia Perez (‘20).

According to the CDC, 72% of highschool students grades 9 to 12 do not receive enough sleep. On average, American teens receive approximately 7.25 hours of sleep each night, when the recommended amount for develop is 9.5 hours. If our younger populations don’t even have the time to sleep, how can we expect them to watch the daily news?

“I just don’t care and I don’t have a reason to care. Most of the things on the news, at least not yet, don’t affect me. I am so busy with so many other things. I don’t have the time to go out of my way and watch it,” said Maddy Glaum (‘21).

Many at Academy seem to agree with Glaum’s statement. “No one actually goes to the news for the news. Today, everybody gets their information from mainstream sites like Twitter and Instagram to save time. Younger people just want the gossip and the highlights, they don’t want to watch the entire program, ” said Tress Jacobs (‘20).