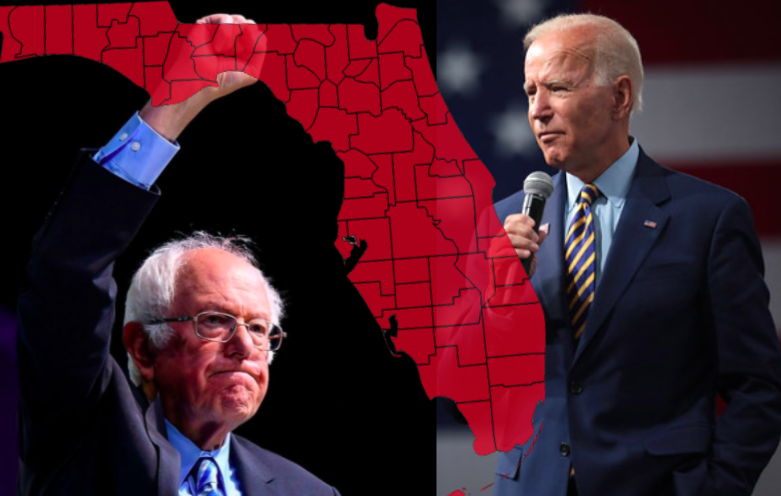 On Tuesday, Mar 17, Florida held its 2020 Presidential Primaries. With 100% of precints news reporting, former Vice President Joe Biden will win the democratic vote with a 61.9% majority.

President Donald J. Trump will win the republican vote with a 93.8% majority.

First time voter Tess Ricco (‘20) said, “It was really cool to be able to vote, as I had been looking forward to it for months. I finally had a say in the politics that surround me. It was a very empowering experience.”

Biden beat his fellow presidential hopeful, Senator Bernie Sanders, in a landslide victory. Out of the state’s 219 delegates, Biden claimed 151. The former Vice President also won over every county in the state.

“I was so excited to vote on Tuesday,” said Kara Petitt (‘20), another first time voter. “It is so important that young people vote because it is the easiest way for us to take part in our democracy. Our voices really do make a difference.”

Biden’s significant victory over Sanders pushed him far ahead in the democratic race, making him the clear frontrunner. However, even if Biden wins the nomination, there is no guarantee that he will win the state in November.

Republican candidates have won the state of Florida in 12 of the last 17 presidential elections. Both of the state’s senators are republican and Donald Trump won the state in 2016 with 49.02% of the vote. The last Democrat to win the election without winning Florida was Bill Clinton in 1992.

Some students were disappointed in the election’s out. Sam Cuttle (’20) said, “To be honest, I am really upset Biden won. You would think by how he’s performing in the debates, people wouldn’t think twice to choose Bernie over him. Unfortunately, that’s just not the case. Considering this is all happening in a health crisis, I’m really confused as to why the candidate who has stronger and more affordable healthcare policies wouldn’t be the obvious choice.”

I need to go vote for @JoeBiden today even if I have to wear a Hazmat suit.#FloridaPrimary

Due to the outbreak of COVID-19, Georgia, Kentucky, Louisiana, Maryland and Ohio postponed their presidential primary elections. Arizona, Illinois and Florida, however, held their elections on Tuesday as planned.

As a result, some Florida polling locations were unable to open in the morning after volunteers refused to show up from coronavirus concerns. Despite this, Florida surpassed its 2016 turnout by more than 10,000 votes. Among them was first time voter Anna Warnke (‘20).

“It was a really cool experience because it showed me that voting is such an easy process if you make time for it. I learned that every person’s vote counts. Young adults are crucial in this next election in determining who our candidate will be. I am so honored to have finally contributed to a right of passage I’ve been so desperate to be a part of. Now, when results come back, I’ll know that I was a piece of this larger puzzle in determining our country’s leadership,” said Warnke.