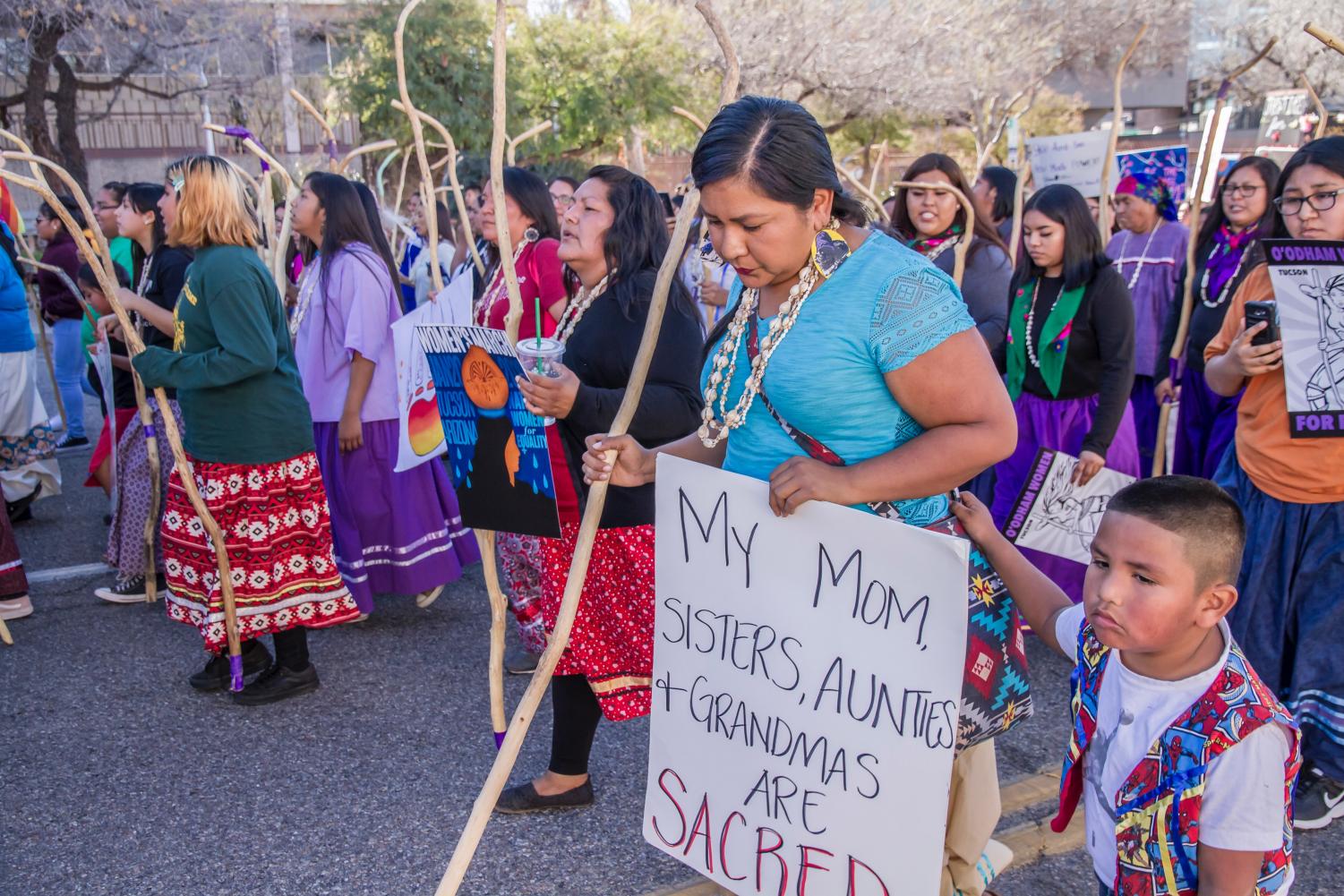 Indigenous women protest discrimination and oppression, which many believe is fueled by the celebration of Columbus Day. ((Photo Credit: Dulcey Lima/Unsplash))

Indigenous women protest discrimination and oppression, which many believe is fueled by the celebration of Columbus Day.

Some States Choose Not to Celebrate Columbus Day

Monday, Oct. 12, marks 87 years since Columbus Day was declared a federal holiday. The holiday is meant to celebrate the voyage of Christopher Columbus, the first European to explore the Americas after the Vikings in the 10th century. However, many states choose to celebrate Indigenous Peoples’ Day instead, due to controversy surrounding Columbus and his genocide of Indigenous people.

Columbus was an Italian explorer who, funded by Spain, attempted to find a Western route to China. Instead, he landed in the Bahamas on Oct. 12, 1942. Still believing he was in Asia, he claimed the land for Spain, and enslaved the Indigenous people living there.

The early United States took pride in Columbus’ achievements, and while it would be decades before it was recognized as a federal holiday, Columbus Day was first celebrated in 1792 to commemorate 300 years since Columbus’ first voyage. The holiday was especially popular within Italian and Catholic communities, as Columbus was both Italian and Catholic. At the time, it was controversial among anti-immigrant groups due to its popularity with Italians.

New controversy later spread around the day, specifically surrounding Columbus’ treatment of Indigenous people. Columbus’ arrival began the enslavement of native people under Europeans. Enslaved natives were treated extremely violently and forced into harsh labor, such as working in mines and on plantations. Later, he brought these people into the Triangular Trade, sending them from the West Indies to Spain to be sold. This same system was later used to enslave Africans and bring them to the Americas. He also brought disease such as smallpox, measles, and whooping cough that killed millions of natives due to their lack of antibodies.

“I think it’s ignorant to celebrate Columbus because of how he treated the native people. He brought many diseases to the Americas and killed so many native people. I don’t believe we should celebrate someone who brought so much pain,” said Catalina Salgado (‘24).

A post shared by TAKE DOWN COLUMBUS NYC (@takedowncolumbusnyc)

This bloody history caused Indigenous people to call into question Columbus’ morals and whether he should truly be celebrated as a hero. An initiative began to change the day to focus on celebrating Indigenous peoples, rather than their oppressor. Indigenous Peoples’ Day was first proposed at a United Nations conference in 1977, but it was not recognized in the United States until 1989, when South Dakota replaced Columbus Day with Native Americans’ Day. Since then, 14 states have switched to celebrating some form of Indigenous Peoples’ Day, including Alabama, Alaska, Hawaii, Idaho, Maine, Michigan, Minnesota, New Mexico, North Carolina, Oklahoma, Oregon, South Dakota, Vermont, and Wisconsin. The District of Columbia also celebrates it.

Countries in South America also celebrate holidays that celebrate Indigenous people. In 2002, Venezuela established Day of Indigenous Resistance. Many also celebrate Day of the Race, which highlights the diversity of Hispanic culture.

We better not see any of y’all celebrating Columbus Day. We’re already in a pandemic.

The Black Lives Matter movement also brought more attention and criticism to Columbus. As discussions of race were brought to the forefront of America’s mind, many criticized the glorification of his actions. Many cities tore down statues of Columbus. There has also been a call to rename the the city Columbus, Ohio, itself with one petition to change the name to Flavortown, after Columbus native Guy Fieri, garnering over 120,000 signatures.

“I think the Black Lives Matter movement has opened people’s eyes to the disgusting history that has been taught that make people idolize people, like Christopher Columbus, who were actually not great at all,” said Kyla Monts (‘23).

While many stand against Columbus Day, others support the day, especially Italian-Americans. Columbus’ nationality caused great pride among Italian-Americans, and many Columbus Day celebrations focus on celebrating Italian culture, rather than Columbus himself. Columbus Day was also established during a time where xenophobia against Italians was extremely prevalent in the United States. Others believe that Columbus made great contributions to history and should be remembered for these, despite his other actions.

“I think we should celebrate Christopher Columbus because he explored parts of America that had never been explored before and he brought development to the Americas too,” said Alana Young (‘23).