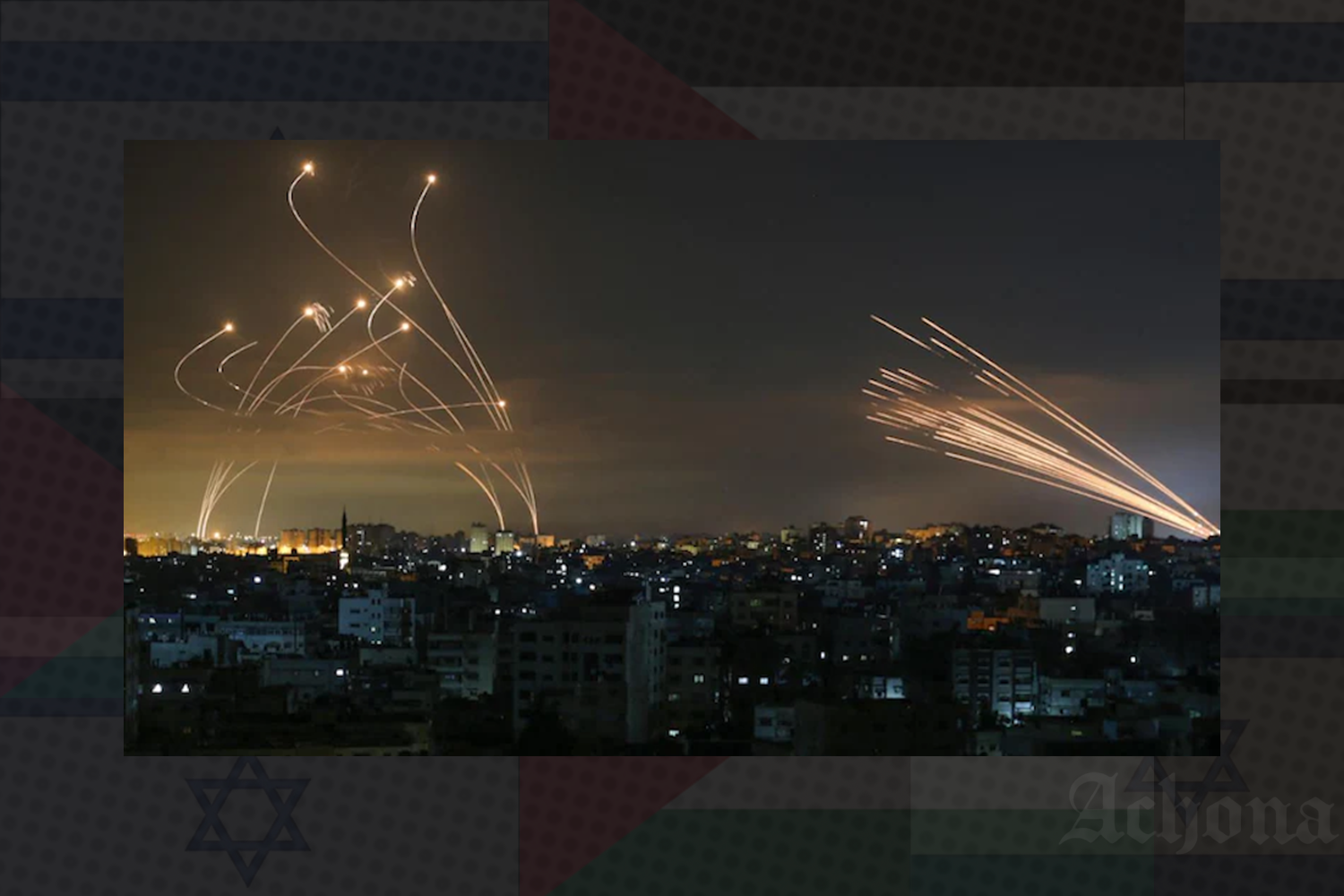 Israelis and Palestinians alike try to defend their respective countries, as the rest of the world just wants the fighting to stop. (Photo Credit: Gigi Alfonso/Photoshop/Achona Online)

Israelis and Palestinians alike try to defend their respective countries, as the rest of the world just wants the fighting to stop.

For almost one hundred years, the Israelis and Palestinians have been in conflict with one another. The current conflict has its origins in the late 19th and early 20th centuries, with the rise of nationalist movements among the Jews and Arabs, both of which wanted to gain independence for their people in the Middle East. The Balfour Declaration was issued by the British in 1917 and supported the creation of a national “home” for the Jewish people in Palestine.

The bloodshed picked back up in 1947 when the adoption of Resolution 181, which recommended the adoption and implementation of a plan to partition Palestine into an Arab state, a Jewish state, and the City of Jerusalem.

Following the Declaration of the Establishment of the State of Israel in May 1948, the Arab League forcibly intervened as a proxy for the Palestinian Arabs, and thus began the main phase of the 1948 Arab-Israeli War.

Several philosophers involved in the situation argued that the Palestinian refugees were ousted by the actions of the Haganah, Lehi, and Irgun, Zionist paramilitary groups. This can be characterized as ethnic cleansing, since Arab leaders advocate for the Palestinian Arab community to stay put.

Israel, as of late, has continued to bomb homes in Palestine, and the group with the most casualties seems to be children. The Israel Defense Forces (IDF) has placed rockets in tunnel entrances, in close proximity to vulnerable locations such as hospitals and schools. This phase has escalated to the worst phase of violence the area has seen since the 2014 Gaza War, which left more that 2000 Gazans killed, half of them civilians, and half of that number being children.

President Joe Biden spoke with Isreali Prime Minister Benjamin Netanyahu and Palestinian President Mahmoud Abbas on May 15, and he reaffirmed his “strong support for Israel’s right to defend itself against rocket attacks” and also expressed his concern for the Palestinian people. Former US President Donald Trump had frequently expressed his support for the Israeli people only, while President Biden is trying to take a more neutral stance.

Laura Collins (‘24) said, “I believe that the US should remain neutral in this situation but attempt to provide humanitarian aid to the innocent people that are being impacted by the conflict. The US should also encourage possible solutions for this issue that provides a place for both the Israeli people and Palestinians.”

Moreover, the best way to understand or help global issues is by reading about them or listening to podcasts. NPR’s “Up First” tends to be very general and neutral when discussing global issues, and listening to current events on there is a great way to stay informed.