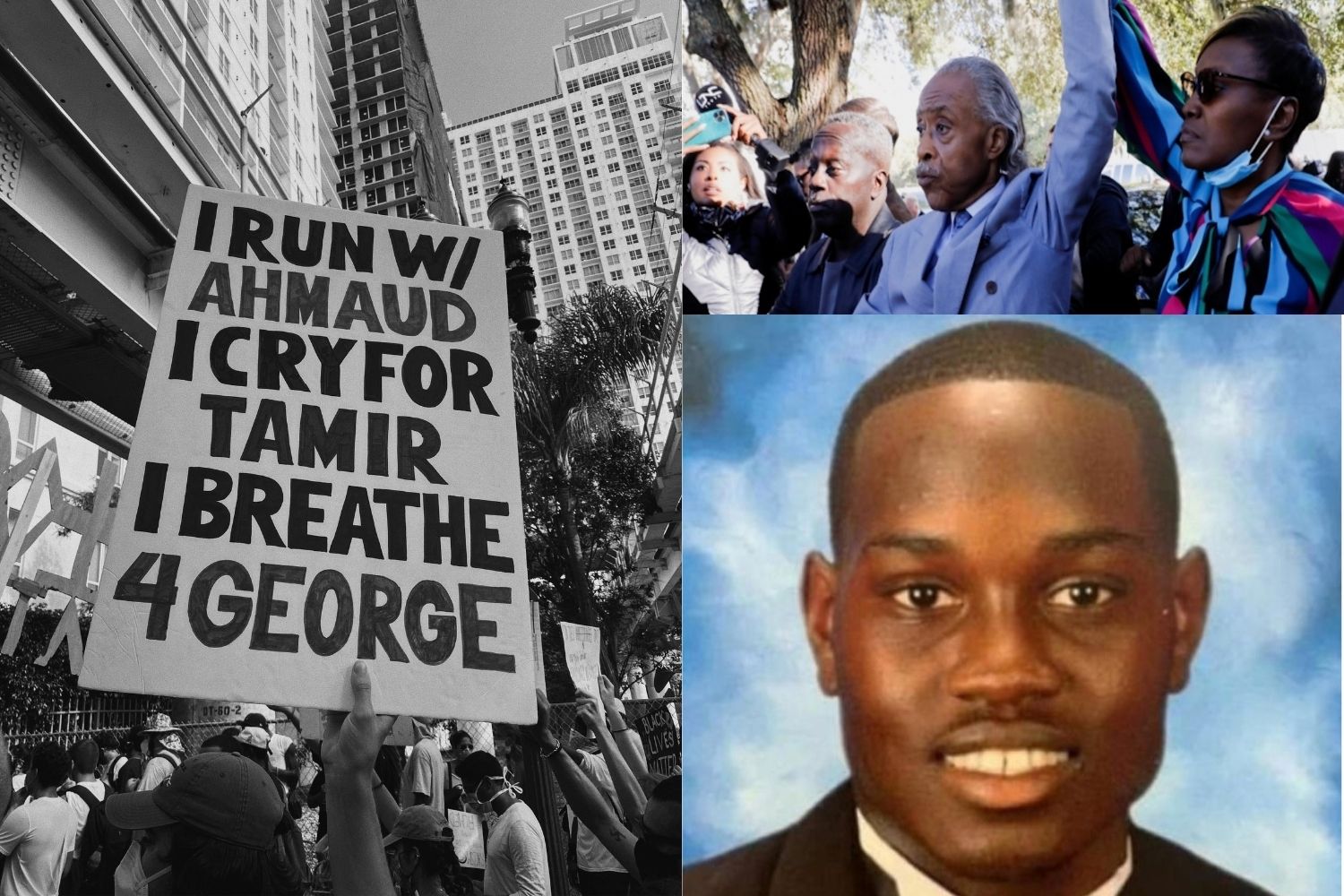 Ahmaud Arbery’s was one of the names frequently mentioned in the Black Lives Matter movement, and more than a year later, his case has finally ended with a guilty verdict. (Photo Credit: Olivia Payne/Unsplash/Canva)

Ahmaud Arbery’s was one of the names frequently mentioned in the Black Lives Matter movement, and more than a year later, his case has finally ended with a guilty verdict.

The Black Lives Matter movement captured the attention of America during the spring and summer of 2020. Stories of many black people being killed and a lack of justice came to light. One of those stories was of 25 year old Ahmaud Arbery. Due to the growing media attention on Arbery’s death, a trial ensued. On Nov. 24, Arbery’s pursuers and killer were convicted of 23 guilty charges.

Nyla Veal (‘24) said, “I’m honestly just grateful that they were found guilty. This was surprising to me because we live in a system where the odds are always against African Americans, so finally getting justice for an innocent black man is “a step forward”.”

Wanda Cooper-Jones, mother of #AhmaudArbery, just shared that she believes her son can now rest in peace. We are thankful for the guilty verdicts and we take comfort in these words from his mother.

On February 23, 2020, Ahmaud Arbery jogged through Satilla Shores, a neighborhood in Brunswick, Georgia. Gregory McMichael and his son, Travis McMichael, along with their neighbor, William “Roddie” Bryan, pursued Arbery. They believed Arbery was a suspect in a string of robberies that occurred in their neighborhood. The police reported that these alleged robberies were never reported. Travis McMichael fought with Arbery as Arbery tried to pass their truck. Gregory McMichael fired three shots. Arbery was hit two times in the chest and grazed on his wrist. Arbery died shortly afterward.

“I find it stupid how fast people are to assume things about someone,” Sophia Moore (‘24).

The clip of Arbery’s death was leaked by Gregory McMichael in an attempt to make himself and his son look better. However, the clip sparked national outcry against Arbery’s murder. He became one of the prominent figures mentioned by Black Lives Matter protestors in May 2020. The protests urged the justice system to convict the McMichaels and Bryan of Arbery’s murder.

The McMichaels were arrested two months after Arbery’s death and charged with murder and aggravated assault. Bryan was arrested less than a month later for felony murder and criminal attempt to commit false imprisonment. In April 2021, the three men were indicted on federal hate crime charges. These charges claim that the McMichaels and Bryan attacked Arbery due to his race. These charges will have their own trial next year.

After ten days of listening to testimonies, the jury found the McMichaels and Bryan guilty of murder and other charges. They could be facing life in prison, and whether or not they will be eligible for parole is still being discussed. The jury stated that Arbery did not pose a threat and the men had no reason to suspect him of robbery. Arbery’s prosecution stated that the men could not claim self defense, as they were the ones who instigated the fight.

The verdict led to celebration around the world as Arbery and his family finally received justice. As the guilty charges were read, Arbery’s father had to leave the courtroom as he exclaimed a cry of joy. People on social media shared the clip and rejoiced for Arbery’s family.

Kyla Monts (‘23) said, “I think that it is a rare occasion that the justice system works in favor of marginalized communities. Seeing that those who murdered Ahmaud Arbery getting due punishment for their crimes is only a small step in the fight against racism ingrained into the justice system.”

The moment #AhmaudArbery family stepped out of the courthouse. #McMichaelBryanTrial pic.twitter.com/vmCJA4znaR

Other than bringing to light continued injustices to the black community, Arbery’s case has also influenced Georgia law. In March of 2021, Georgia’s lawmakers passed a bill to repeal the law that allows citizen’s arrests. Georgia citizens protested this law as it was passed in a Civil War era and was believed to excuse the murder of innocent black citizens. Georgia was also one of the four states without hate crime statutes. They have now passed hate crime legislation into law.