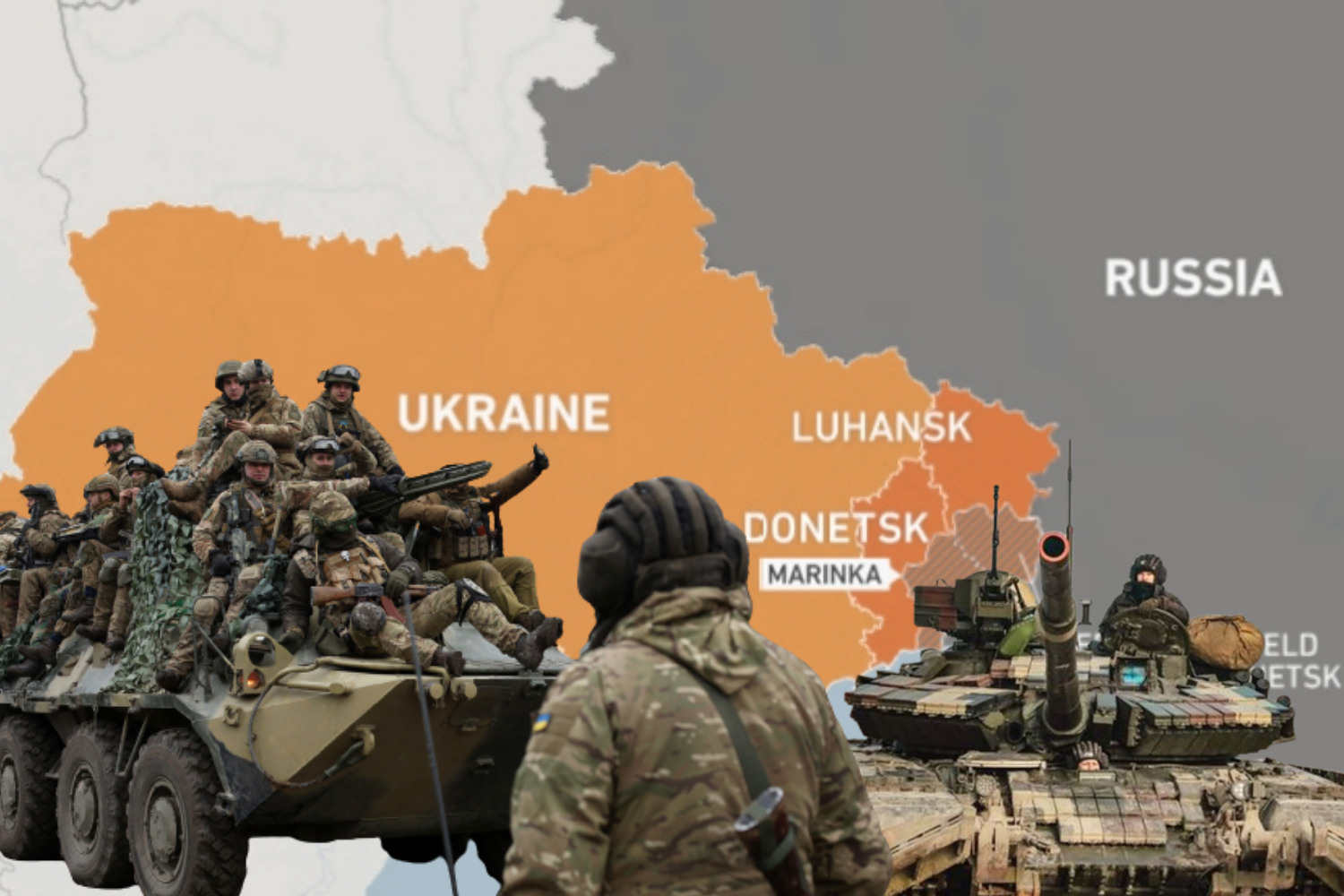 Understanding the basics of the Russia-Ukraine war

At 5 am on February 24, Ukraine was invaded by Russian military forces as a part of Russian President Vladimir Putin’s “special military operation.” Fighting erupted in cities all down the country’s eastern border, including the capital city Kyiv. Over half a million Ukrainians have been forced to flee the country, primarily relocating to neighboring western countries like Poland. While the attack resulted from a years-long conflict, this eruption of force has caused the most significant security concerns for European safety since the Cold War.

Since the beginning of the war, more than 2000 civilians have been killed by Russian missiles, according to official data. Help us protect Ukrainians from missiles – provide max military assistance to Ukraine #Ukraine. #StandWithUkraine #CloseTheSky #NoFlyZone pic.twitter.com/8NjYNNFeFq

Ukraine was originally part of the communist Soviet Union until the people voted in an astounding majority for independence in 1991. Soon after, the Soviet Union fell, and NATO, the North Atlantic Treaty Organization that came to formation following World War II, began to push eastward. While the former Soviet Republics of Lithuania, Latvia, and Estonia were admitted into the 25+ western country military alliance in 2004, Ukraine was not. In 2008, NATO proposed offering Ukraine membership in the distant future, a statement Russia outwardly opposed. This Thursday, Putin declared the prospect of Ukraine joining NATO a “hostile act” that would be a dire threat to Russia.

While Putin claims Ukraine is a part of Russia “culturally, linguistically and politically,” within Ukraine, there is a mix of lingual and cultural groups. While those who speak Russian in the east may agree, the growing nationalist and Ukrainian-speaking population in the West strongly supports integration with western Europe. Recently, Ukrainian support for western alliance has grown, with several polls showing that a majority of Ukrainians favor membership in the US-led transatlantic military alliance.

In 2014, there were mass protests in Kyiv by the Ukrainian population, who were displeased by the then-president being Russia-aligned and refusing to sign a European Union association agreement. Putin responded with the militarily driven annexation of Crimea, a Ukrainian peninsula. This act prompted a separatist revolution growing in the eastern region of Donbas, displacing 1.5 million Ukrainians internally. While there had been no direct military attacks since then, Russia forced cyberattacks, propaganda, and economic pressure onto the Ukrainians in the years since.

While talks have occurred between the West and Russia for months, they concluded in January with no development. Putin’s demanding requests for demilitarization of Eastern and Central Europe by the alliance, and a guarantee that Ukraine will never be admitted into NATO, were unable to be considered by the West. The west was considering a series of diplomatic discussions between France, Germany, Russia, and Ukraine, known as Normandy Format talks, as a potential move towards de-escalation when Russia’s Parliament approved the deployment of military forces this week.

Russian forces invaded from the Northern Belarus border, the southeastern Crimean border, and the Donbas region that Russian-supported separatist groups have held since the 2014 revolution. The people of Ukraine elected current President Zelensky in a landslide for his promise to end the ongoing military conflict in Donbas. While Zelensky made no significant leads in the conflict, Zelensky stood firm in his opposition to Russian influence, stating simply, “We are not his,” in response to Putin’s claims that Zelensky had no choice but to agree to his controlling plan.

Zelensky has garnered worldwide praise for his bravery. He refused to leave the country and continued to post frequent videos from the streets of Kyiv, where he has been encouraging the military-aged men to help resist the Russian forces. On the day of the initial attacks, Zelensky stated, “Russia began an attack on Ukraine today. Putin began a war against Ukraine, against the entire democratic world. He wants to destroy my country, our country, everything we’ve been building, everything we are living for,”

A post shared by Russia vs Ukraine War (@russia_vs_ukraine_war)

Russia employed tanks, over 150,000 troops, and missile attacks which have continued to onslaught Ukraine in the days since the initial bombing. Russia continues to devastate the country, targeting civilians, and using weapons banned in the Geneva Convention. One million refugees have already fled Ukraine in just one week.

While the Russian military is objectively stronger and “far-better equipped,” the Ukrainian resistance has been more forceful than anticipated. Russia has taken heavier losses in people, armor, and aircraft than expected. This is, in part, due to Ukraine’s success in air defense, as well as the support they have gained from western powers. Experts fear, however, that the Belarussian government will soon escalate their position of aiding the Russian troops, to sending troops of their own into Ukraine.

This is a true People’s War for Ukraine. Putin has no chance of winning it. On this photo civilians block Russian invaders in Energodar yesterday. One of hundreds of such photos and videos. We need partners to help Ukraine defend itself. Especially in the air. Close the sky now! pic.twitter.com/Wv2uLMWrD4

The United States has stated they will not be sending troops to the non-NATO country, as doing so would have worldwide implications. When asked if there existed a situation in which troops would be sent, President Joe Biden responded, “There’s not. That’s a world war when Americans and Russia start shooting at one another.” In his State of the Union address, Biden spoke of the economic sanctions he and other western leaders imposed on Russia. Such sanctions have been successful with the Russian ruble losing ⅓ of its value since they were implemented.

Academy’s lower school Spanish teacher, Elizabeht Gandarilla, who lived in Kyiv for five years said, “The Russian invasion will cause destruction of a very important country with a great culture and history. The Russian invasion will leave thousands of people killed and displaced. Ukraine is an independent and sovereign country that one day decided to be away from communist control. The current president was democratically elected. Ukraine has the right to decide by themselves their destiny.”