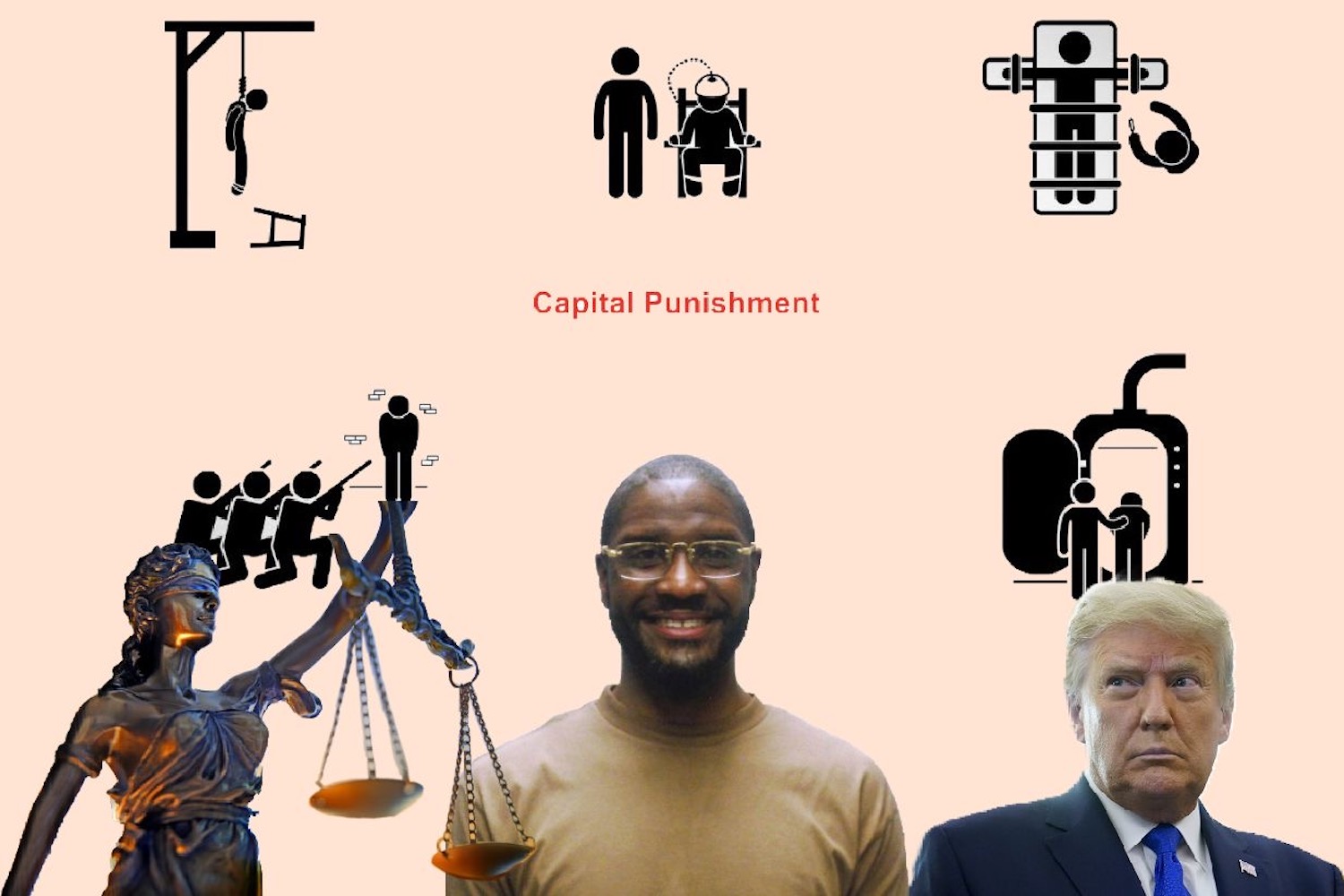 Even though “justice is blind,” we still see race-based discrimination in America’s criminal justice system.

On Death Row: An Overview of the Death Penalty in the United States (OPINION)

Since 1976, there have been 1,527 executions in the United States. Of these deaths, 55.9% are white, 34% are black, and 8.4% are Hispanic. Even though the 34% is not a majority, the Death Penalty Information Center released an article explaining that the death penalty has been used to enforce racial hierarchies. This can be seen recently in the case of Brandon Bernard, a black man who was executed for kidnapping and murdering two people. This execution sparked controversy among citizens for two reasons: it’s very uncommon to see an execution during a presidential transition, and Bernard committed the crime when he was in his teens, and has been serving time on death row for about twenty years.

Many celebrities spoke out about the injustice as well, including Kim Kardashian, who said, “He was such a reformed person. So hopeful and positive until the end. More importantly, he said he was very sorry for the hurt and pain he has caused others.” Kardashian, an avid supporter of criminal justice reform, publicly asked President Donald Trump to stop the execution, and urged her social media followers to do the same.

As much as Kardashian, like many other celebrities, tried to stop it, Bernard was given the injection on December 10, 2020, and pronounced dead at 9:27 pm Eastern Time.

Conversation, however, has circled around one central question: how much of the injustice had to do with Bernard’s race, and how much was solely because he committed a crime?

The Death Penalty Information Center’s Senior Director of Research and Special Projects Ngozi Ndulue said, “The death penalty has been used to enforce racial hierarchies throughout United States historym beginning with the colonial period and continuing to this day. Its discriminatory presence as the apex punishment in the American legal system legitimizes all other harsh and discriminatory punishments.”

This kind of justice discrimination is even seen in American literature: in Harper Lee’s “To Kill A Mockingbird”, easily regarded as a “great” novel, a black man by the name of Tom Robinson is put on trial for raping a white woman, a crime he did not commit. Ultimately, he is shot after trying to escape from jail. The fact that he was black was not a coincidence: the story is set in Alabama in the 1920s, an extremely segregated state and era, and the other citizens are openly racist towards him and use derogatory words against black people in everyday language.

I believe that our current president also contributes to this mindset-Donald Trump is particularly appealing to Christian conservatives because he is pro-life, or anti-abortion. But if being pro-life, in the literal sense of the word, means “protecting the lives of humans”, then it is contradictory to the meaning of the title to allow inmates, who are human beings, to be killed. I clearly remember going to Catholic mass on one occasion, hearing the priest say, “We protect all lives, from conception to natural death.” The death penalty isn’t “natural”.

Riley Rubio (‘23) said, “Personally, I am inclined to believe that Brandon Bernard’s death was the result of racial discrimination. For more than 20 years, Bernard had lived the life of a model inmate while incarcerated. He helped counsel his fellow convicts, stayed out of trouble, and expressed deep sorrow and remorse for his action. On top of that, five jurors and a former prosecutor who helped put Brandon on death row had come forward and admitted that they now believe that Brandon did not deserve the death penalty, and that had they been informed with all of the details of that night, they would not have sentenced him to death. In spite of their pleas, President Trump refused to intervene and halt the execution. To put it simply, although murder is a heinous act with no justifiable argument other than self defense, Brandon Bernard did not deserve to die.”

On the flip side, some argue that the death penalty is needed to get rid of dangerous criminals, such as serial killers. But Brandon Bernard was not a serial killer. He killed two people, and whether their deaths were caused by his accomplice shooting them or Bernard setting the car they were in on fire was still in debate, and it’s likely that Bernard wasn’t even the one who killed them. In fact, Chicago serial killer Andre Crawford was sentenced to death, and then allowed to walk free back in 2009. By sparing the life of one of the area’s most active serial killers, the jury brought to light the disparity in capital cases and raised questions about what it takes to receive the death penalty.

For example, Dylann Roof, a known white supremacist convicted of mass murder when he killed nine African American people at Emanuel African Methodist Episcopal Church in North Carolina in 2015, he was given the death penalty by federal courts, but avoided it with a life sentence from state courts. Likely, Roof was able to avoid the death penalty due to his white privilge: a luxury not available to people of color.

Historically, the idea of the death penalty came from Britain, and was first used in the American colonies in 1608, when Captain George Kendall of Jamestown, Virginia, was executed on the grounds of being a spy for Spain. In 1612, Governor Sir Thomas Dale established the death penalty for minor offenses as well: such as stealing grapes, killing chickens, and trading with Native Americans. An even more commonly known example of the death penalty in the US was the Salem Witch Trials in Salem, Massachusetts. Witches (who usually turned out to be innocent women) were executed on the grounds of “practicing black magic”, when really, they were just using science that hadn’t been discovered yet.

The death penalty system involves four key steps: After it is determined that the defendant is guilty and deserves punishment, judges and jury decide that this punishment should be death, which is most commonly and humanely done by lethal injection. The next step is a direct review by state appeals courts or the state supreme court, and finally, by the US Supreme Court.

But, most importantly, what would it take for the death penalty to leave the American Justice System forever? Since it is part of the law, the regular law passing rules apply: the House of Representatives sponsor a bill, which is assigned to a committee to study, put on a calendar to vote on, and if it passes, it goes to the Senate to be reviewed and voted on again. The government printing office then signs the bill and sends it to the president, who has ten days to veto or pass the law. Hopefully, this sort of change could make it through Congress-but presidential approval, at least for now, may be a tougher situation. President Trump plans to complete 13 executions before he leaves office in January.