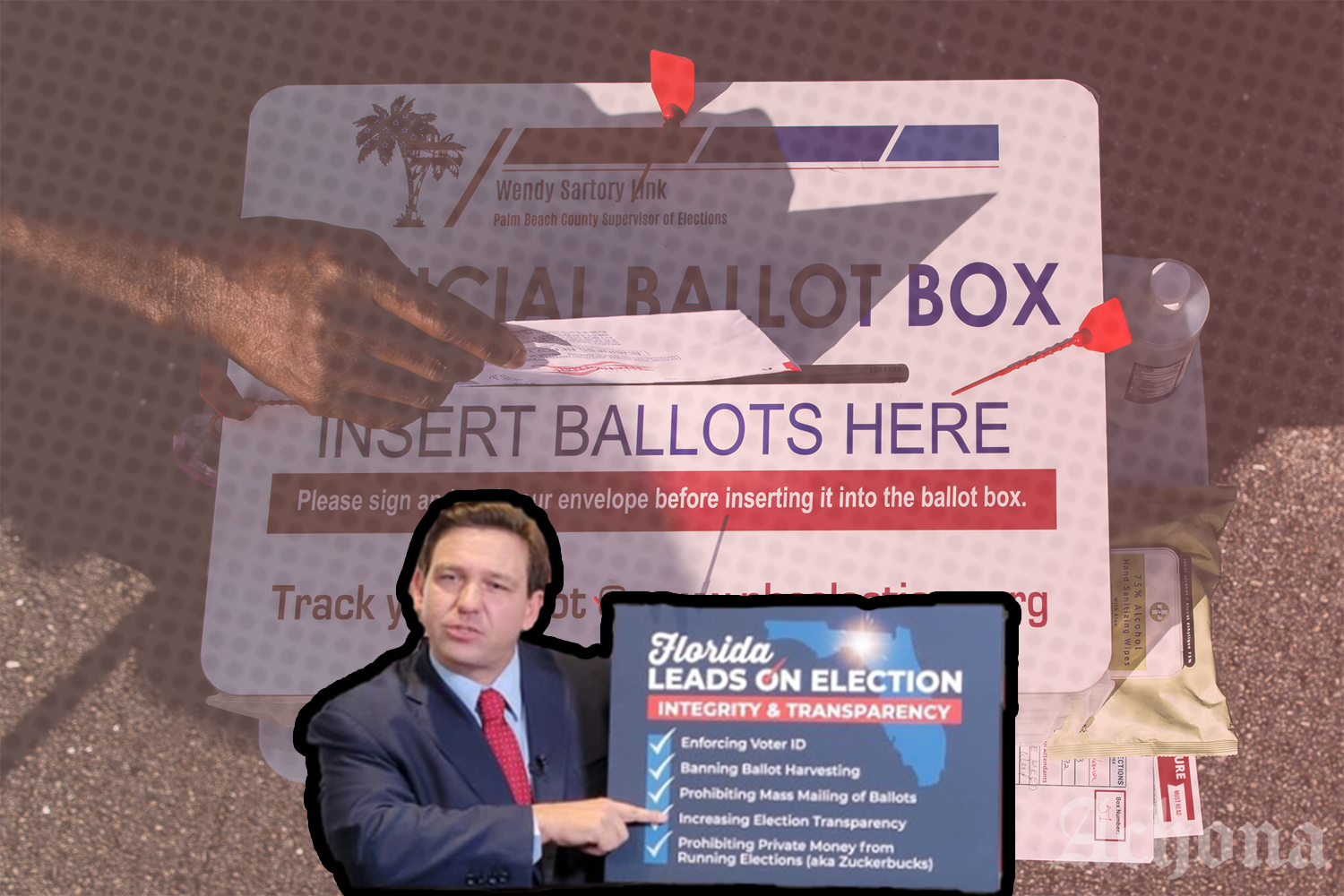 Governor Ron DeSantis (R) signed a bill into law on Thursday, May 6, that reduces voting access in the state of Florida, a law that was no doubt inspired by the anti-mail-in-ballot policy of former president, Donald Trump.

The law limits the use of drop boxes where voters can deposit absentee ballots, and adds more identification requirements for anyone who requests an absentee ballot, such as bringing some form of picture identification in addition to your voting registration card to the poll box. It also limits who can collect and drop off ballots. The law also mentions a current rule against groups holding signs or wearing political paraphernalia within 150 feet of a polling place or drop box.

DeSantis’ justifications for the law included that it would prevent “ballot harvesting” and stuffing ballots into unmonitored drop boxes, although such practices were already prohibited in the state and there is no evidence that they occurred in the most recent presidential election.

DeSantis was accompanied by Fox News, a well-known right-leaning news organization, in the signing of the law and consequently, controversies surrounding the lack of equal party witness of the law prevailed.

Conservative policies in general tend to be more restrictive and oppressive, with the oppressed group usually being those of more liberal viewpoints. Hence, since the Republican-approved law, (which doesn’t necessarily suppress voters as people, but does place more restrictions on voting) reported on by only a partisan (right-wing) news organization, the problems with the law lie in the partisan undertones and generally unaccepting characteristics that are visible in the Republican party.

Sophomore Aspen Hunter said, “I think it’s voter suppression. Especially for people in minority communities who aren’t as priveleged, which makes it harder for people who can’t take off work, or get transportation to the ballot box. Overall, this bill just makes it really hard for these people to get their votes in and have the flexibility that they need.”

In addition to the law’s passage in the state of Florida, Texas lawmakers debated a similar set of voting restrictions in their own state. But one phrase used by Republican Representative Briscoe Cain stood out.

“…to preserve the purity of the ballot box,” said Cain. This phrase has its origins in the Jim Crow era of voter segregation, and, according to Nina Perales, the vice president of litigation for the Mexican American Legal Defense and Educational Fund, using this phrase in particular “reveals legislative intent to exclude minority and disfavored populations from voting, and ballot ‘purity’ policies have no place in modern election laws.”

“Any time there is an obstacle to voting, it’s going to disproportionately impact more vulnerable communities and those communities that are already challenged by the existing system. That’s typically Black voters, Hispanic voters.”https://t.co/WYKSqBgAVA