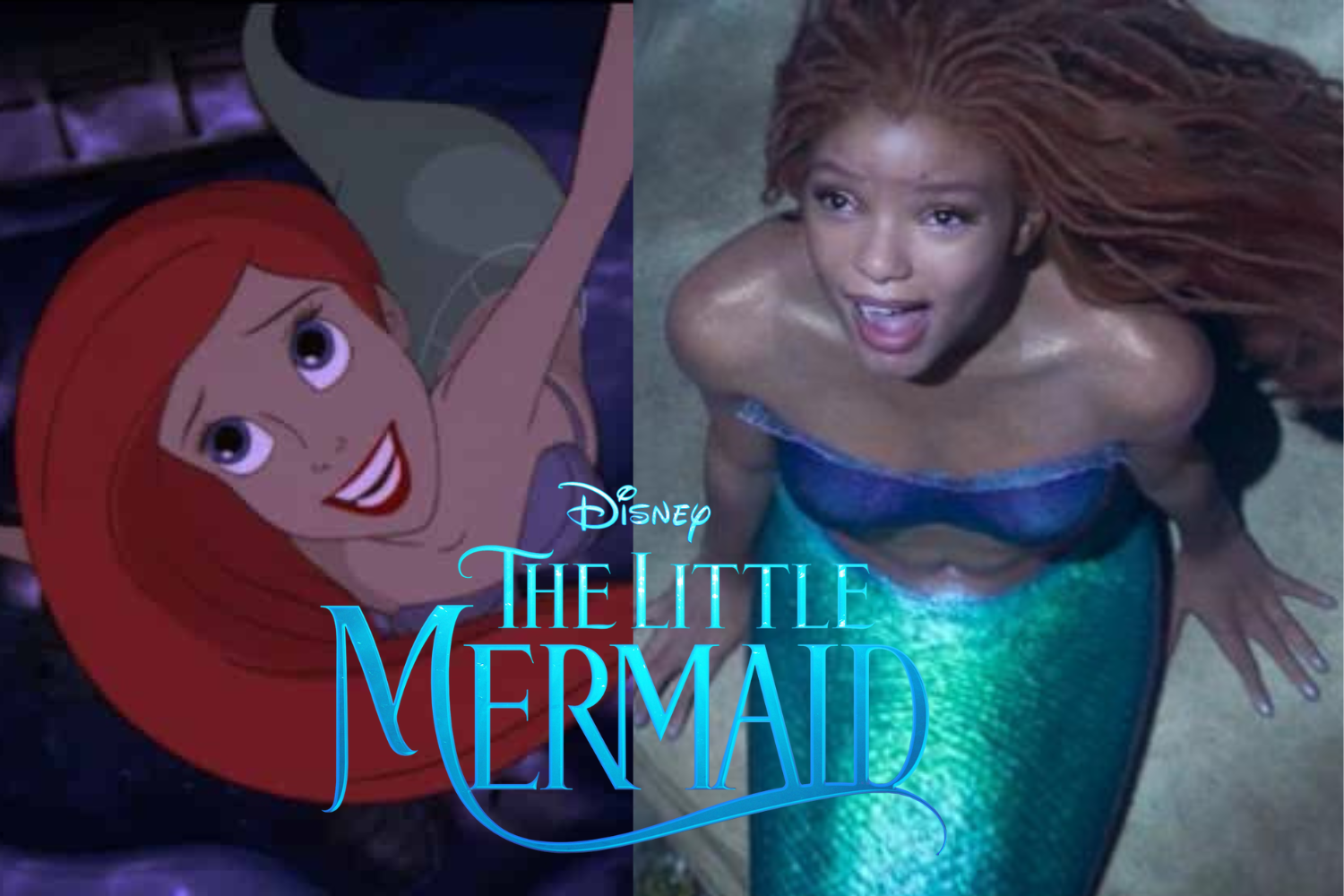 The iconic 1989 animated Disney adaptation of The Little Mermaid stars a white, blue-eyed, and bright red-haired Ariel who many Disney fans have come to love. Like many of their other classic movies, Disney has decided to film a live-action remake. However, unlike some of their recent remakes, they did not adhere strictly to the animated version’s look. This choice has caused many critics to appear, mostly due to Ariel’s race.

Halle Bailey is Ariel.
Disney’s The Little Mermaid, in theaters May 26, 2023. pic.twitter.com/ESoqxs3X5d

Halle Bailey, one half of the sister music duo Chloe x Halle, was announced to be the live-action Ariel in 2019. The hatred for the casting started then, and it skyrocketed once the first trailer was released. Critics complained that Bailey does not have the red hair or blue eyes that they have come to associate with Ariel. However, underlying all of these complaints was the true issue — Bailey was black, and the animated Ariel was white.

Grace Carreja (‘23) said, “As I was researching Halle Bailey as Ariel for my AP Language project, I loved the articles that talked about how her casting as Ariel inspired many young women of color. Halle Bailey has single-handedly shown young women of color that they can be princesses too. Additionally, it allows for more diversity in Disney, which has been lacking in the past.”

After the first trailer for the live-action The Little Mermaid was released, critics made no effort to hide their issues with Bailey’s race. One video claims that it “fixes” the trailer and shows Bailey edited to be white with brighter red hair. The creator then came back to say that the video was “for purely educational purposes” and was not made “in a racist way.” This video clearly outlined the true problem that many viewers had.

“mermaids can’t be black” then explain them🤨 pic.twitter.com/zBLZ4f5yPj

Many critics tried to defend their views by claiming that Ariel being black was not scientifically accurate. This logic somehow overlooks the Jamaican crab, the voice-stealing octopus witch, and the fact that mermaids are not real. Even so, marine biologist Karen Osborn stated that if mermaids were real, they would most logically be transparent.

On the other side of the Internet, many fans were overjoyed by the trailer. Many black women shared how they appreciated having representation in such a large piece of media. Many parents shared their young girls’ reactions to seeing that Ariel looked like them.

The announcement of Bailey’s casting has also overshadowed the many other exciting aspects of the movie, such as the choice for Melissa Mccarthy to star as Ursula and Daveed Diggs as Sebastian. The music was also composed by Lin-Manuel Miranda, who wrote some of the music for hit musicals such as Moana, Encanto, and Hamilton. Many people also praised Bailey’s vocals which were leaked in a video from Disney’s D23 Expo.

In an interview with Variety, Bailey stated that “things that seem so small to everyone else, it’s so big to us.” Previously, Tiana in The Princess and the Frog was the only black Disney princess. With Bailey’s casting, she is inspiring a new generation of black girls and giving them just a little more representation in the media.

“I love how young black girls are able to feel connected to a movie in a world where simply casting a black woman as a lead is considered “woke”. The original and its two successors are great , but this acting does not erase the originals. At the end of the day, she’s a mermaid for children, and is a great singer! Let’s start taking things less seriously and enjoy the film,” said Senior Kyla Monts.