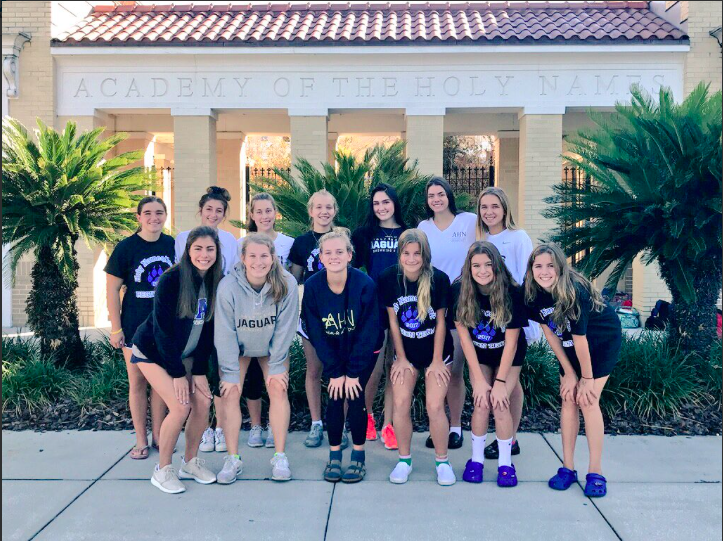 On Wednesday Nov. 15, 2017, the Academy of the Holy Names hosted its fall sports banquet. The banquet began at 6:30 p.m., and included all of the fall sports: Crew, Cross Country, Golf, Swimming and Diving, and Volleyball. The night began with a dinner for all of the athletes and their attending parents. At 7:15 p.m. all of the sports separated with their team members into different rooms to receive their awards and letters for the season.

Cross Country runner, Gabriel Hogan (‘18) said, “We all went to the conference room and our coach gave out letters and awards, and then we watched a slideshow of the season and the seniors and captains gave a speech.”

Golfer Macy McConnie (‘18) said, “We went into the new middle school building to do awards.  Our coach said some kind things about the team as a whole, each player, and how we did this season and the plans for the future. He also did a speech about me, because I was the only senior and have been on the team for five years. We then took pictures and planned for our golf party in January. Since there are not a lot of us, the whole thing was pretty short and sweet.”