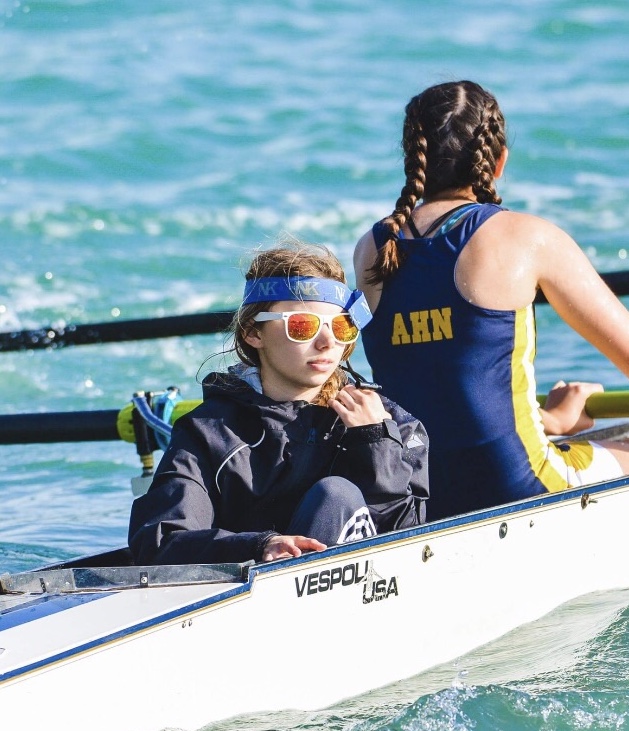 Kara Kivenas (‘20) and Victoria Hifko (‘20) are the newly elected crew team co-captains for the 2018 – 2019 school year. The two girls became members of the team during their freshman year. With their past experiences, both hope to change the crew team for the better.

“I’m excited to be captain. I think it’s a really good opportunity now that I’m an upperclassman as well. It’s kind of nice to be able to know the freshmen and to know the sophomores when at practice and at school. Being captain is an amazing way to truly get to know everybody,” says Kivenas.

The fall season begins the same time as the school year and later ends in December before midterms. The Spring season begins when students return from Christmas break and ends depending on the competition schedule. There is also training during the winter months.

“The fall season is going pretty well. Normally, with past experiences and stuff, the freshmen were not really included with everybody. We’ve been trying to change that. Last year it was slowly improving, and now this year the effort has gone straight up. Everyone now is blending, and it’s really nice,” says Hifko.

Both captains have various goals they wish to achieve before the end of the year. Kivenas hopes to attain more successes, team spirit, and better relationships among teammates.

“One of my goals is the win. Last year, we didn’t win anything, but this year I think we have a great opportunity because we have a lot of very strong rowers. This year we are also a lot more experienced. Together we can do well at states,” says Kivenas.

The focus event during the year is the State competition. The entire fall season revolves around preparation for the event. If the team places in the top three at States, they are able to qualify for Nationals.

“I want to make the regattas more exciting. We can do that by just increasing team spirit. I also want to make everybody as comfortable as possible. Relationships between the team last year weren’t all that great, however, this year is a lot better. Everybody is more open with each other,” says Kivenas.

“I have three different values for the crew team this year. These are things that I fought for last year so hard. Now that I’m captain, I really want to improve on them. First, I want to resemble the integrity of the Academy. Even though we are only an Academy club, I want the integrity of the crew team to be up there with the other sports. Dignity is another thing. We had a few problems last year revolving around dignity. Lastly, I want to incorporate hard work. We want members to work hard, but we don’t want the crew team to take over lives. We understand that there are so many things going on in Academy girls’ schedules. Boyfriends break up with you, you have four pounds of homework in your bookbag like we understand because we are people too,” says Hifko.

“I love Coach Thome. He is just so cool and chill. Not only is he dedicated, but he treats us like real people, as equals,” says Hifko.

Before coaching at Academy, Thome coached previously at the Stewards Foundation, Hillsborough High School, and the University of South Florida.

“I believe that because of the new captains and the new coach, the atmosphere has completely changed. Our environment has now become positive and productive. These things combined are giving the team a chance to truly thrive,” says Rinderle.

With a new coach, new members, and new captains, the team hopes to have a “fresh start,” says Kivenas.

“I just want to add that last year was last year. As captain, I want to make sure this year is completely different. I want everything to be brand new,” says Kivenas.