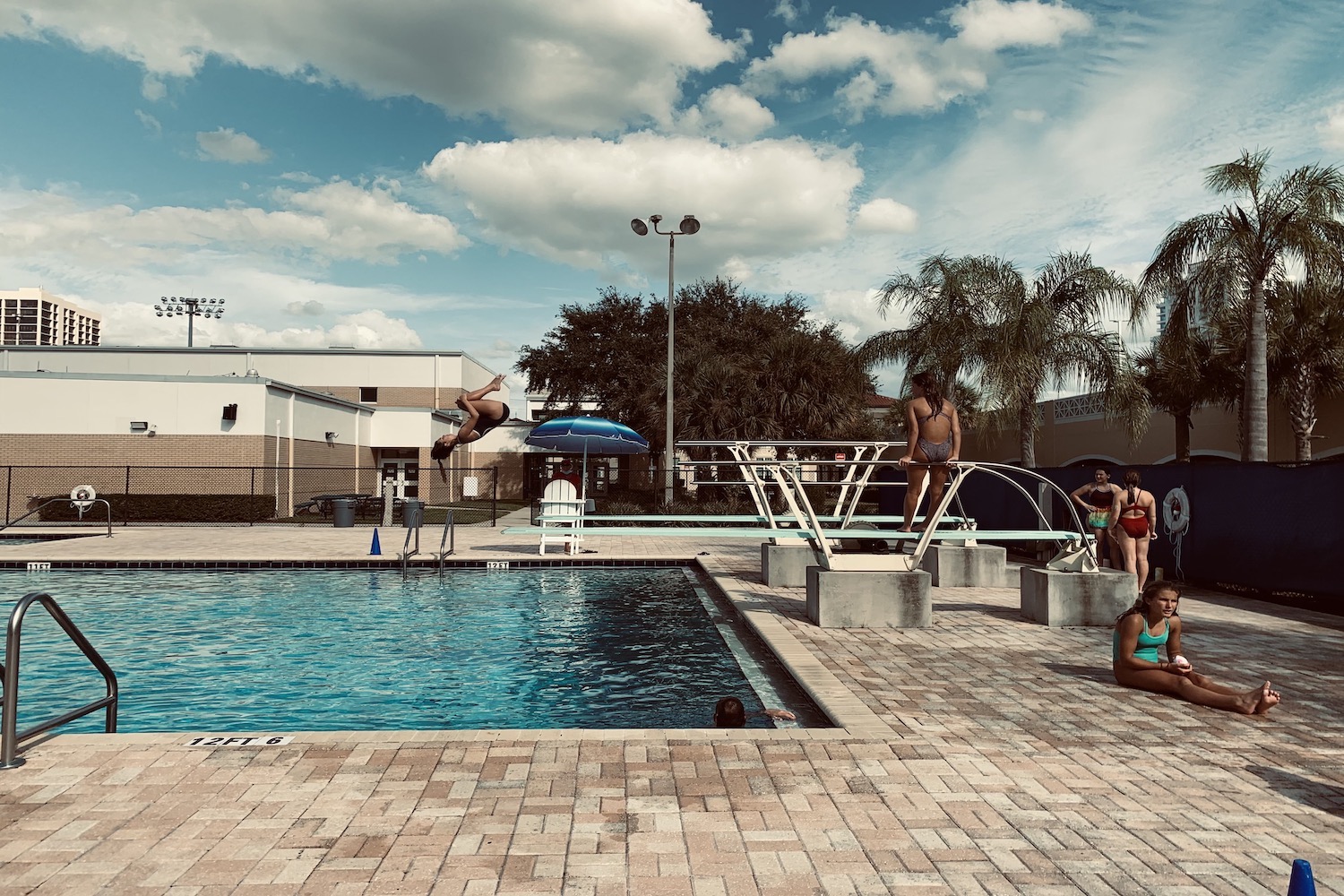 AHN’s diving team is continuing to practice while socially distanced.

AHN’s Swimming and Diving team win against Bloomingdale and Steinbrenner

Since the COVID-19 pandemic postponed fall sports practices throughout the state of Florida, the swim team started Aug. 24 instead of their usual July 29.

Unfortunately, this year has also been the first year that swimming was a cut sport. Usually, the swim team holds their annual Time Trials at the start of the year to determine who will be on the “A” team (those who have faster times, compete more, likely will go on to compete in regional and district competitions) or the “B” team (those who still compete in meets, but get more time to practice skills and work on becoming a better swimmer).

Coach Bill Shaffer said, “Having to cut for the first time ever was very disappointing for me. I like having large groups because it’s a bigger family. But that being said, having 25 swimmers per team, and cutting the divers also, we have been able to focus a bit more. It’s less crowded, and I think it’s helping everybody, from the top [swimmers] to the beginners. The family’s coming together very well, because beginners get to see how the hard work pays off at the meets.”

Academy and Jesuit’s swim team recently won their meet against Bloomingdale High School. This is their second meet. The first meet, which they also won, was against Steinbrenner.

The swim team has taken precautions to stop the spread of Coronavirus during meets. All the meets are being filmed, the coaches wear masks, and the swimmers and divers wear masks in between races.

Sophomore Colleen Buckhorn said, “It’s a little uncomfortable when the mask gets wet, and you have to continue to wear it, but since there’s no audience, it’s less stressful, and less crowded, so you don’t get as confused. Practice is still socially distanced, but I think we’re all adjusting to the ‘new normal’ pretty smoothly.”

The next meet, against Hillsborough, will unfortunately be cancelled. The following meet will be on Sept. 29, against Plant High School. This meet, known to the AHN students and families as Spike and Splash, the one night when the volleyball team and the swim team are competing at the same time. Although Spike and Splash, also a fundraiser for cancer awareness, is usually the biggest event of the season, this year, the meet will be filmed and Academy families are encouraged to watch virtually and not congregate in large groups.