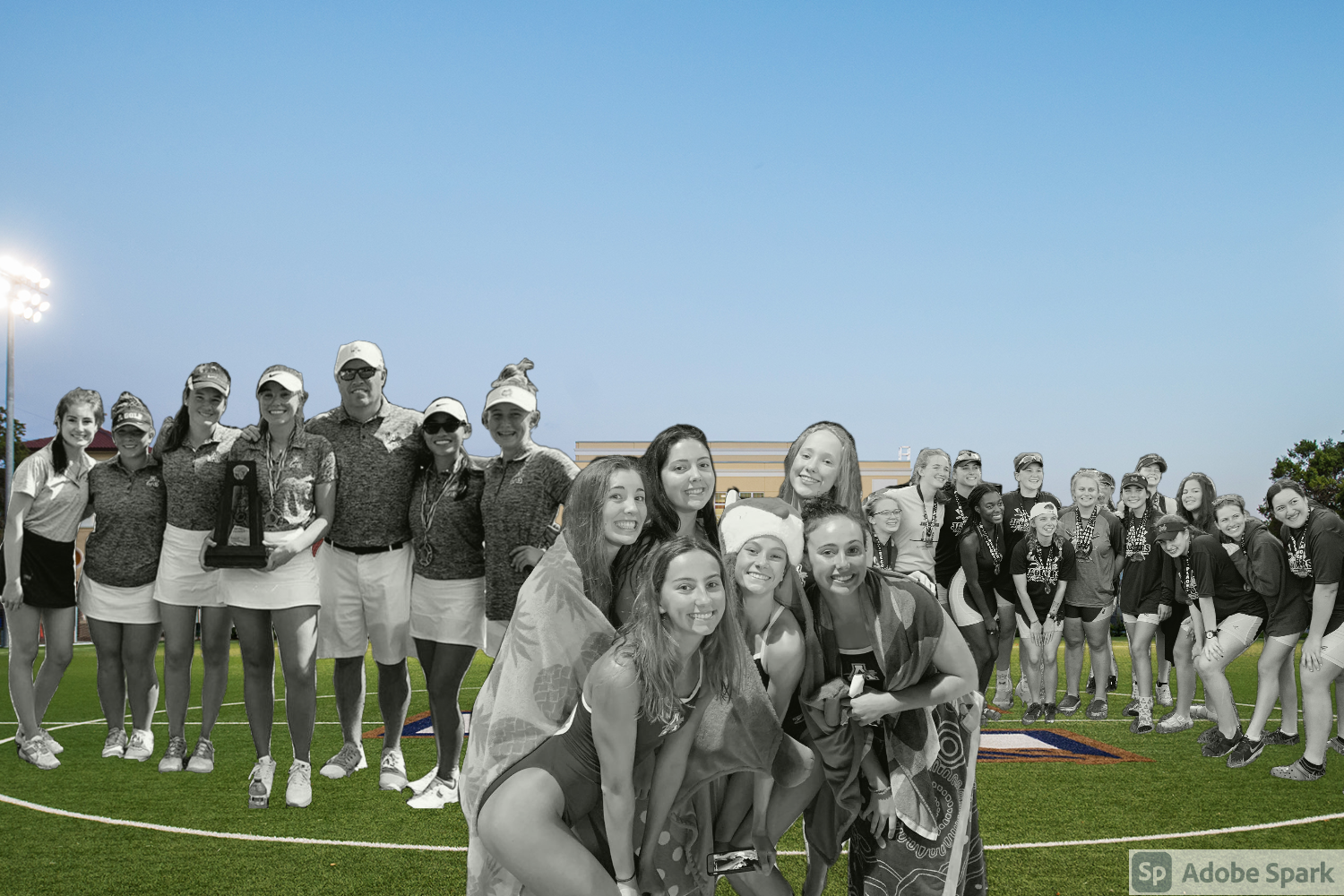 “What’s also really sad is we won’t be able to have any parents or fans on the pool deck this year. it will just be the teams,” says Elizabeth McCree (’22). (Photo Credit: Chloe Mintz/ Achona Online/ Adobe Spark)

“What’s also really sad is we won’t be able to have any parents or fans on the pool deck this year. it will just be the teams,” says Elizabeth McCree (’22).

In light of the coronavirus pandemic, the Academy faculty and staff have imposed strict social distancing guidelines to ensure both their own and the student body’s safety. Such regulations include avoidance of large gatherings, mandatory masking, and fervent sanitation.

However, the Florida High School Athletic Association’s (FHSAA) recent ruling in favor of a fall sports season has forced the Academy’s Athletic Department to reimagine the CDC’s health edicts in a manner that is agreeable with its extracurriculars.

Though some of you may have to wait a little longer, we are anxious for all schools and student-athletes to be back!

🗣🗣Continue practicing safety measures on and off the field/court! pic.twitter.com/jU4Go7JAlO

Cross Country, which began practicing in early August, has had ample time to adjust to said mandates.

Prior to practice, members must be masked and socially distanced from their teammates. Once stretched, the team breaks into groups of twos and threes to stagger-start their long runs. Members have also been notified that half of this year’s meet season will take place dueling— only two teams will compete at a meet as opposed to the traditional ten or twelve.

Rather solitary in and of itself, golf tryouts were held this past week with little change to previous years’ routines. Those trying out were asked to complete a standard nine-hole course on their own time and bring their scorecard to the first day of tryouts held at the TCP driving range. Those who made the team were notified on Tuesday, and practices are scheduled to commence within the next week.

Academy’s Swim and Dive (notable for its substantial number of yearly participants) team also held tryouts this past week.

“Swimming has made some very impactful changes for this season,” says Elizabeth McCree (’22), a fourth-year varsity swim member. “Most importantly, Coach Bill (head coach of Academy’s Swim and Dive team) had to make cuts this year when usually everyone who wants to participate can swim. We also have to wear masks on the pool deck until we are about to jump in the pool. We also have to stay spaced out along the wall and lane ropes, so we aren’t breathing on top of each other.”

Concluding their tryouts at the start of the school year, the Academy’s volleyball teams began weekly practices just last month. While players are not expected to wear a mask on the court, masking is mandatory before and after training. Hand sanitizer is to be regularly applied each water break, and no player is allowed in the gym prior to practice time. Additionally, team members have been instructed to change in one location— in years past, players (of all sports) have regularly utilized all available restrooms.

Academy’s rowing club, otherwise known as crew, has also altered their weekly practices to abide by recent social distancing requirements. Traditionally, the crew team has been able to row boats suited for eight scullers with an additional seat for their coxswain. Now, boat sizes have been limited to fit a maximum of two scullers. If members are neither on the water nor conditioning individually, they are expected to mask and maintain proper social distance.

Despite the difficulties Covid-19 poses, coaches and players remain upbeat about the upcoming sports seasons.

“We have a young team this year with loads of potential. After winning the district and regionals last year with a varsity who was half seniors, I think we will be poised to repeat as champions in both meets with some solid newcomers to the team.  No pressure, of course!” says Cross Country coach Raymond Rodriguez.