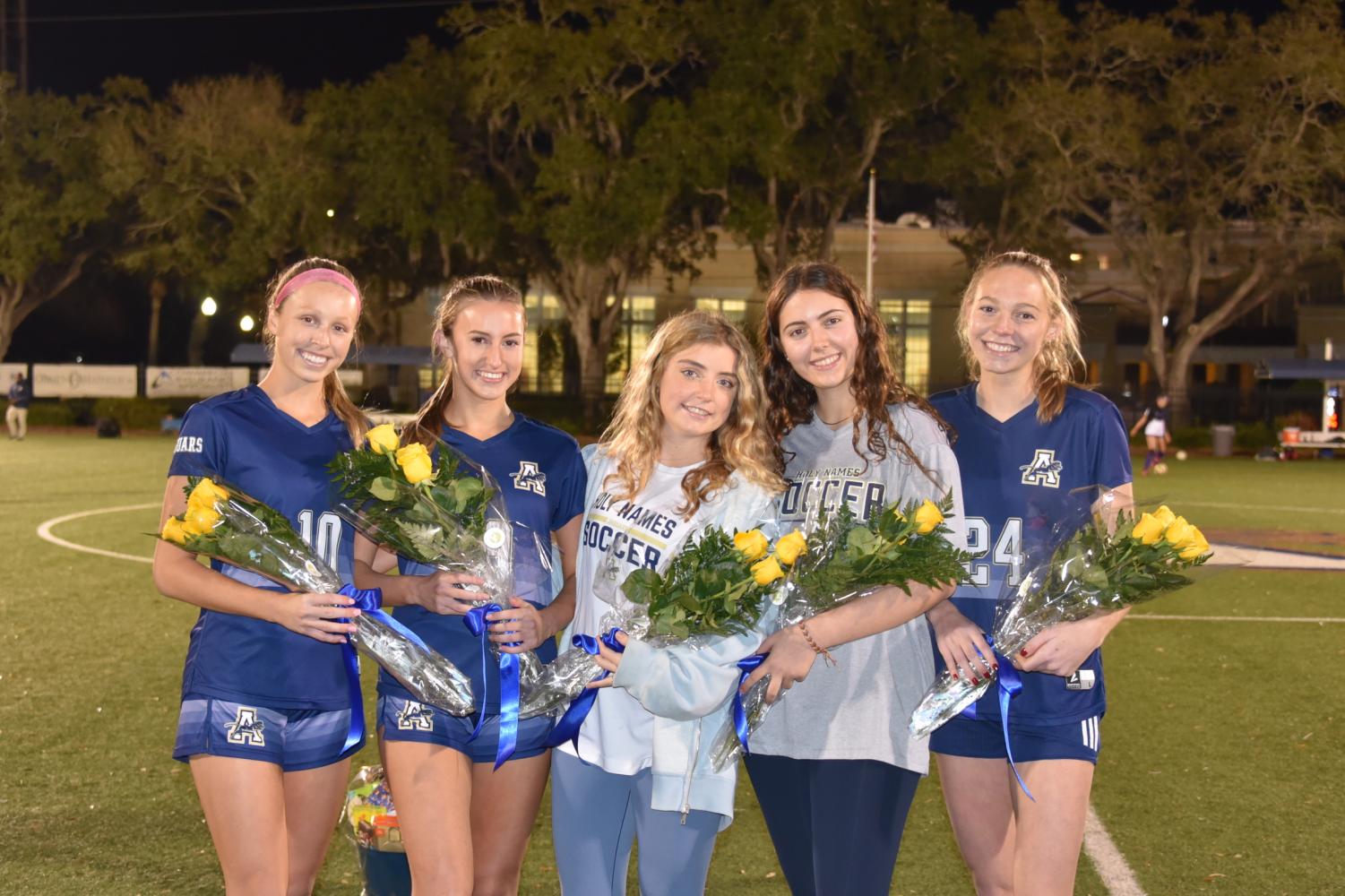 This year’s seniors with their bouquets. All five have been a part of the Academy soccer program for four years. (Photo Credit: Elise Favret/ Achona)

This year’s seniors with their bouquets. All five have been a part of the Academy soccer program for four years.

On January 18, the soccer team recognized their senior members in a ceremony before their game against River Ridge. First, the River Ridge seniors were called out and applauded by both the Academy and River Ridge crowds. Then, Academy seniors Britton Byrd, Caroline Gomez, Elizabeth Menendez, Allie Pramberger, and Nicole Sakre were joined by their families and friends in the celebration of their years of accomplishments on the team. Each senior was presented with a bouquet of yellow roses, an Academy staple, and a speech made by an underclassman. Athletic Director Kevin Vargas spoke on the importance of realizing that the seniors would always have a home at Academy, and the game began.

Academy defeated River Ridge 2-0. The first goal, scored in the first half was made by an assist from Ava Politz (‘23) to Gomez who finished the task. The second goal occurred in the second half by Carolina Ward (‘25). Although River Ridge put up a valiant effort, their attempts were thwarted by Academy goalie Adele Politz (‘23). 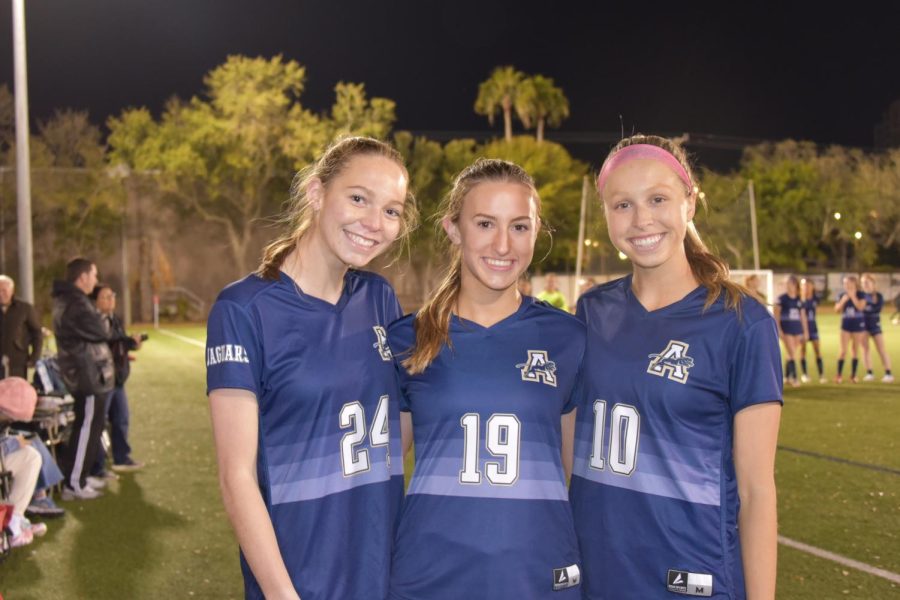