Recycling Bins are Back 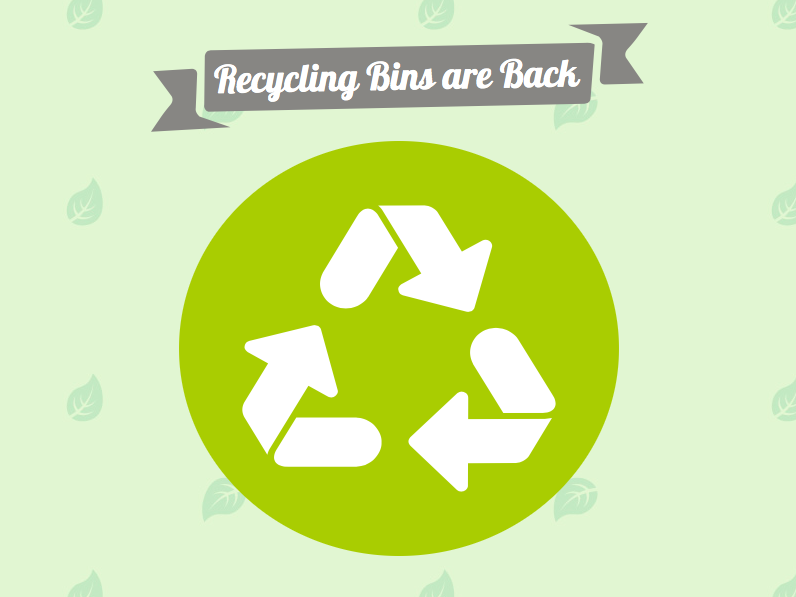 “I think recycling is very important considering the environmental issues the world faces today. Our school is really great at conserving people because we are technology based,” says Caroline Lamoureux (‘20).

Recycling Bins have been reintroduced into Academy’s high school after three semesters of absence. They can now be found in various classrooms and ilabs all around the school. The new recycling program has been organized and implemented by English teacher Alison Jussaume.

When asked how she initiated the recycling bins, Jussaume said, “I’ve been in contact with several different people, both students, and teachers, that have been involved in some way in the past. This was to get an idea of what worked and what didn’t. It was also to make sure that we included everybody who wanted to be included.”

Schools are among the largest waste generators in most all places across the United States. This is because schools produce excess paper each day, that ends up in landfills rather than recycling facilities.

Jussaume has been collecting various boxes and bins to use for the program. Different classrooms and the iLab have different sized containers, however, they each have a green sign placed on them. Some rooms even have actual recycling bins that were left over from previous programs or lower school recycling.

Many students are in favor of the new program. Both the Freshmen and Sophomore classes have not had the option to recycle since they have attended Academy.

“It’s disappointing that people weren’t taking the initiative to do anything. I’m really happy we have the recycling bins back. They are not only necessary to our school but also our world,” says Casey Martin (‘20).

“I am very glad that we are placing recycling bins in every classroom. Before, it was disappointing to see so many recyclable materials in the trash cans,” says Audrey Gabbard (‘19).

The bins were originally removed during the 2016 school year because the Environmental Club was disbanded. The club was responsible for collecting and properly disposing of recyclables. Without the club, AHN’s recycling program no longer had any student or group organizing it.

Jussaume explained that in order to keep the program active, students would need to be educated on what can be recycled and consistent on emptying the bins.

“I would love to snap my fingers and have recycling bins everywhere. But you start to realize that okay, I’d rather really think this through and talk to the right people and have it be done correctly. This way people can see yes, this is what goes in the recycling, and yes it is being emptied. Therefore, I feel a personal and moral responsibility to do it appropriately,” says Jussaume.

In order to keep the recycling bins clean, students have been asked only to place plastic water bottles and paper inside. This is so the recyclable materials will not be contaminated with food or other sugary drinks. Most of the bins have been filled with old worksheets, scrap paper, and loose leaf.

“I think that recycling helps us preserve our earth. I am so glad that the program was reintroduced. I really feel like Academy should work hard to get students in the mindset of recycling,” says Sophia Camacho (‘21).

When asked who else is currently involved with the program, Jussaume said, “The students will say this that is something that we really should be doing, this is really important, or we really want to do this. So when I talk about we, as a clarification, I think it’s more of a collective we. It’s students and it’s faculty and it’s the school. It is the high school as a whole. Again, the question is, how do we, the school, keep it consistent and educate people in a meaningful way.”

One Response to “Recycling Bins are Back” 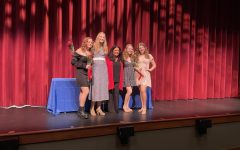