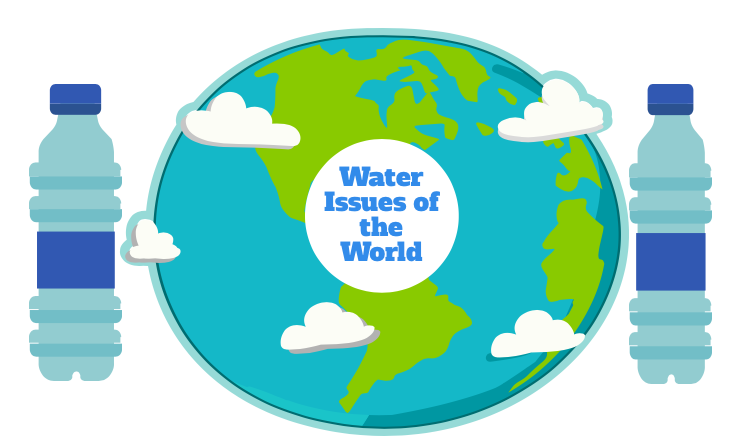 This year, instead of having an exam, Clare McFlynn-Goewey decided to give her English classes a video project and an informative essay about water scarcity. The classes had to make videos about a country of their choice that struggles with water issues.

In the video, students had to include stories of families that live in their country, and these stories showed the class how their lives differed from our lives in the United States. Unlike life in the United States, people in other countries have to walk several miles to get water, and are often forced to get water from sources that are unsanitary.

Emma Eaton (‘20) says, “One of my group members has family that used to live in Indonesia, so we were able to interview them and ask them three questions. We asked them how they have witnessed water pollution and other water related issues in Indonesia, how this has affected the lives of people living there and the ecosystem, and finally what they think students can do to help raise awareness.”

Students had to also include information about two charities that have helped their country overcome their struggle to find clean and safe water for their average human uses. Some charities that were chosen include; charity:water, UNICEF, Splash, and the Sisters of the Holy Names of Jesus and Mary.

Maggie Jaap (‘20) says, “My group chose charities that had the most information and did the most in our country, Cote D’ Ivoire.”

The Sisters at Academy bring awareness to issues of clean water by educating themselves and others, but also praying. Sister Ann explains that, “We are community of sisters that as educators our top priority is to educate ourselves and do what we can to make others aware of water as a human right through our schools.”

Dorothy Pickard (‘20) says, “My group chose Uganda because I wanted to do something in Africa, and it looked like it had the most information, and it was also the most in need.”

Once the projects were finished, they were sent to Sister Ann, she will pick videos that represent our school the best, and present them to other Sisters at an annual conference during the summer.