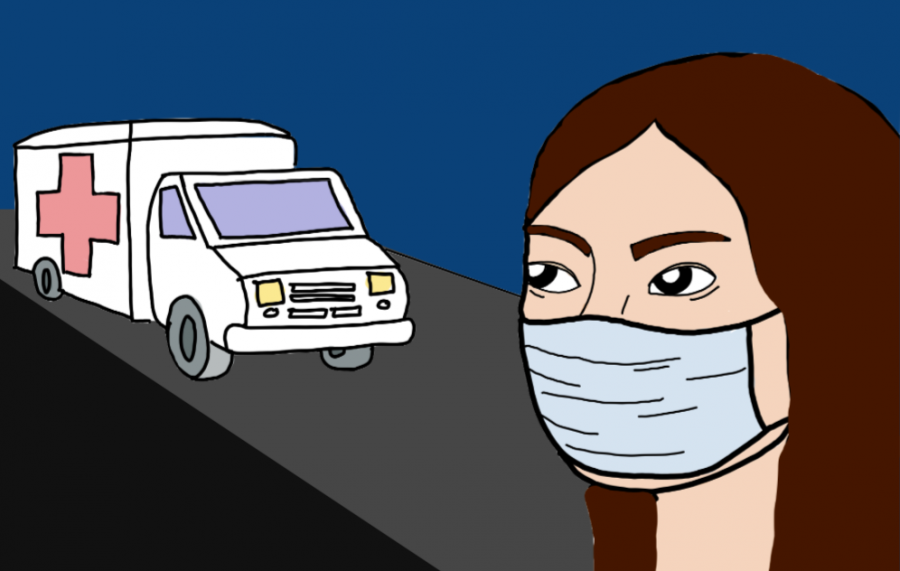 The United States government and World Health Organization reports the country now has more confirmed COVID-19 cases than any other nation.

Since the initial COVID-19 outbreak in January of this year, at least 1.32 million United States citizens are known to have been infected with the virus, resulting in over 78,000 deaths. What is more horrifying, however, than the growing number cases, is the healthcare treatment of the victims.

In late March, an uninsured 17-year-old boy from Lancaster, California died of the virus after being turned away from urgent care. A few days prior, a Pittsburgh, Pennsylvania, woman died of COVID-19 complications after refusing medical attention. “She didn’t have insurance. She thought she might not be able to pay the bills,” as reported by the Pittsburgh Post-Gazette. In mid-April, a New York City nurse reported a dying patient in his last words ask who would pay for his medical bills.

These stories, unfortunately, are far from rare. As coronavirus cases and unemployment rates rise, more and more Amercans are struggling to afford basic necessities, let alone the crippling cost of medical attention. As a result, many are now calling for a reformed health care system amid the global chaos.

“I have never understood why people are so against universal or affordable health care,” said senior Sam Cuttle. “I think now more than ever, the not so great state of our healthcare system has been brought to light. Healthcare, however, is a basic right and it is something that should be accessible to anyone who needs it. How can we justify prioritizing money over the life of another human being?”

Cuttle is right. Every person should be entitled to the highest standard of health, regardless of race, economic, or social condition. Yet, in the U.S. healthcare is a private entity with thousands continually suffering from the high costs and neglectful care, especially given our current crisis.

“Who’s going to pay for it?”Last words I’ll never forget // the response my patient gasped out (between labored…

America’s healthcare flaws have been more than evident even before the pandemic. The U.S. has fewer doctors and fewer hospital beds per capita than most other developed countries. One out of every five Americans cannot afford their prescription medication. The number one cause of bankruptcy in the U.S. is medically related debt, with over half a million families declaring such last year alone. Most alarming, arguably, is the 87 million American citizens who were uninsured or under-insured prior to the outbreak. These rates, according to The Guardian, result in over 30,000 preventable deaths per year.

In 2019, 33 percent of Americans said they put off medical treatment due to cost. 25 percent of the 33 said they would postpone care for a serious condition. In 2018, the New York Times reported, women with breast cancer are more likely to delay treatment because of high deductibles on their insurance. Vox reports, “the United States has one of the worst health systems among developed economies. A bigger share of the population lacks health insurance. We carry more medical debt. We die more often from preventable causes. Americans face higher out-of-pocket costs for their medical care than citizens of almost any other country.”

How can we justify prioritizing money over the life of another human being?”

More than 26 million Americans have become unemployed in the last four weeks and are now lacking healthcare resources provided by their past employer. This month, up to 35 million Americans are estimated to see their health coverage disappear amid the COVID-19 outbreak. With rumored prices of coronavirus medical bills, many are avoiding the care they need entirely, refusing to visit the hospital even when experiencing coronavirus symptoms. This phenomenon will continue to extend the global outbreak, as those who remain untreated can infect countless others.

“People who can’t afford insurance due to the high cost in the U.S. are at a much higher risk for corona. Because they don’t have insurance or because of the high cost of medical bills, those with underlying health issues may not be treated property,” said senior Megan Smolarick.

Despite the risk or the potential infectious spread virus, why see a doctor if it will cost you and your family everything? We are in the middle of a pandemic, yet the U.S. government still refuses to treat healthcare as a human right. Because of this, thousands will continue to lose their lives.

As Senator Bernie Sanders released in a statement, “It’s not just the high cost and growing number of uninsured that expose the irrationality of the current system. It’s that the current ‘system’ makes absolutely no sense to anyone. It is an incredibly byzantine and complicated collection of independent entities without a common purpose – except greed.”

Sanders’ statement is fair, especially given our nation’s current circumstances. According to CBS News, four out of five frontline nurses do not have access to protective equipment. Across the county healthcare and other essential workers have resorted to swim goggles and trash bags as a source of protection. Masks, toilet paper, hand sanitizer, and ventilators have all fallen victim to extreme hoarding and price-gouging. Even patients who can afford to go to hospitals may not have the medical resources necessary to fight the virus. Further, city and state governments continue to fight over lacking test kits, gloves, and supplies, forcing the sick to be caught in the middle. Yet American is “the richest country in the world.”

As reported by Vox journalist Dylan Scott, “our decentralized system, with independent providers and many different payers, was not nimble in responding to this stealthy pathogen.”

The pandemic has also exposed how race, income, and wealth inequality affect the American healthcare system. Major COVID-19 outbreaks are disproportionately attacking Native American, Hispanic, Black and undocumented communities, those who are already vulnerable. These minority groups are the most likely to be uninsured or underinsured and therefore, make them more susceptible to the virus. More than 30% of reported COVID-19 related deaths have been African American, despite the community holding only 15% of the U.S. population.

Further, rural hospitals, who largely treat the poor, are now shutting down, leaving even more at risk during the coronavirus crisis. They no longer have the resources or financial capabilities necessary to remain open, as their patients are unable to pay medical bills immediately following treatment.

Currently, U.S. leaders are implementing various healthcare plans in an effort to assist citizens. Governor of New York Andrew Cuomo is requiring insurers and Medicaid to cover COVID-19 treatment and testing in his state. Governor of  California Gavin Newsom issued a similar order, expanding the state’s Medicaid program. Vice President Mike Pence said future testing and treatment would be an essential health benefit, meaning it would be covered by Medicaid, Medicare and private insurance plans.

Still, it’s obvious America’s heavily flawed healthcare system has made its citizens more vulnerable to the outbreak and temporary implementations will not fix the issue at large.

Thanks to incredible cooperation between government and the private sector, we've taken the lead in testing worldwide. pic.twitter.com/ntTF6moHPa

“The health care system should be public,” said senior Maggie Jaap. “Health in general is public, it doesn’t matter how much money you have or who you are, you can get sick and the fact that only some people can survive being sick is ridiculous.”

Many, however, feel universal healthcare is not necessarily an imindate or perfect response to the pandemic. After all, nations like Italy and Canada, who both hold universal healthcare systems, were each hit with large coronavirus cases. Still, other countries with public systems in place were generally better prepared for the outbreak. As reported by Vox, “Countries with universal health care are testing more people and seem to be faring better with COVID-19 death rates than the United States. More centralized planning is an asset in a crisis.”

…the fact that only some people can survive being sick is ridiculous.”

Others are calling for less drastic measures, urging the Trump administration to reverse its current limitations surrounding Medicaid. For instance, Sara Collins and David Blumenthal of the Los Angeles Times argue the current administration should, “move quickly to make Medicaid coverage available to more people…and allow states to greatly simplify Medicaid enrollment by creating a one-page application form and keeping people continuously enrolled without the need for constant recertification.”

Regardless of method, the United States healthcare system must be reformed. As a country we should unite in determination and compassion to care for the most vulnerable. Health Care must no longer be tied to employment or looked on as a possible profitable opportunity for private companies. Rather, it should be treated as it is, a human right. 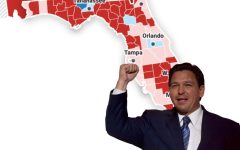