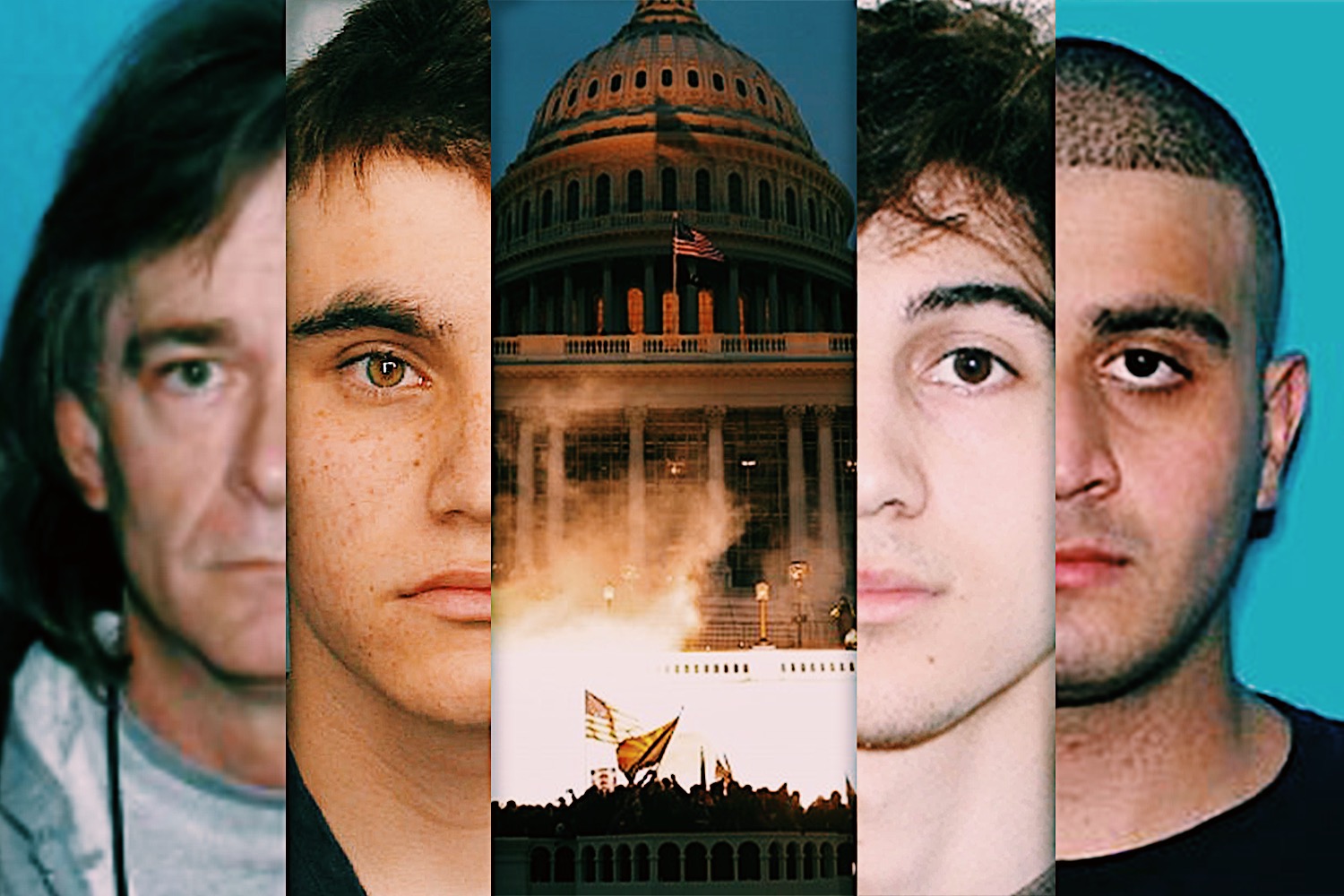 School shootings. Bombings in residential districts. Neither are considered terrorism, as the media justifies the crimes of the “lonely, mentally-ill” perpetrators with stories of their traumatic pasts. (Photo Credit: Maddie Glaum/Adobe Photoshop/Achona Online)

School shootings. Bombings in residential districts. Neither are considered terrorism, as the media justifies the crimes of the “lonely, mentally-ill” perpetrators with stories of their traumatic pasts.

These were the words chosen to describe Anthony Quinn Warner, the perpetrator of Nashville’s recent RV bombing.

Warner, a 63-year-old white resident of Antioch Tennessee, committed a suicide-bombing along one of Nashville’s popular tourist districts on Christmas morning. He detonated an explosive from inside his recreational vehicle, dying in the blast.

Although Nashville suffered the destruction of over 40 buildings and the injury of eight citizens, Warner was spared the label of “terrorist.” Instead, he was described as a loner computer-expert. A recluse, who was recalled to be “a nice person.”

But this glorified phrasing isn’t applied to everyone, especially if they’re not white.

The Boston Marathon Bombing of 2013, committed by Muslim brothers Dzokhar and Tamerlan Tsarnaev, is categorized as a terrorist attack. No media empathy was attempted. They were described as simple perpetrators of hate.

The Pulse Nightclub Shooting in Orlando of 2016 was described as “the nation’s worst terror attack since 9/11.” President Obama and the Vatican mercilessly condemned the Muslim perpetrator, Omar Mateen, as a disgusting seeker of terror and hate. Besides an anecdote from his ex-wife about how his bipolar disorder resulted in domestic abuse, no attempt was made to humanize Mateen.

But when 19-year-old green-eyed caucasian Nikolas Cruz rampaged through Marjory Stoneman Douglas High School in Parkland with a gun, the media obsessed over Cruz’s troubled past: he suffered the loss of his parents, was cheated on by his girlfriend, and was a victim of ADHD, depression, autism, and suicidal tendencies. The media’s endless tearjerkers begged for the public’s forgiveness — after all, Cruz wasn’t branded a terrorist.

This disparity in the media’s treatment of white versus non-white attackers is nothing new. Not only do Muslim-perpetrated attacks receive 357 percent more coverage than white-perpetrated attacks, according to a study of the 136 confirmed terrorist attacks in the US from 2006 to 2015, but also 81% of terrorism suspects are Muslim — a number far greater than the true percentage of Muslim-committed attacks.

“As a white man, a white Christian, Anthony Quinn Warner gets a benefit of the doubt—has a certain privilege shall we say—that people who look like me, and with names like mine, never get."

My take on @MSNBC on the Nashville bomber & our double standards:pic.twitter.com/Xm6dEOAWZv

And when white-perpetrated attacks are covered by the media, they’re painted in a much more empathetic light; as worded by Journalist Mehdi Hasan, white terrorists are always questioned to be “victims of mental illness, deranged, or loners,” while Muslims are always “terrorists fueled by ideology.”

While racialized media coverage has allowed for white-terrorist sympathy, it’s become costly for non-whites. Although white right-wing terrorists commit twice as many acts of violence as Muslim terrorists on US soil, 46% of right-wing Americans support a ban on Muslims entering the US. Anti-Muslim hate crimes have become five times more common since 9/11, and increase nearly 14% yearly.

“I’ve noticed there’s a huge difference in the way that media depicts white versus people-of-color terrorism in the media; white people are always painted in a much more positive light. I think it’s something that needs to be talked about more,” said Meredith Nitchals (’21).

This tendency to give the white man the “benefit of the doubt” is costly — as exemplified in Warner’s RV bombing, police were tipped off sixteen months prior to the explosion by Warner’s then-girlfriend, who claimed Warner was making explosives in his RV. Warner’s attorney declined to allow police to interview Warner or investigate his property, and no further action was taken. Following the tip, his girlfriend was given a psychological evaluation.

“I remember hearing about the bombing on the news, and how it was depicted as a ‘suicide,’ how the damage was downplayed, and how they emphasized that Warner gave a warning ahead of time. I felt bad for him at first, thinking he was mentally ill. But then I realized I shouldn’t feel bad for someone who could have potentially killed hundreds, and ruined people’s hard-earned property,” said Nitchals.

Have you noticed that the folks who complain the loudest if one building is vandalized during a BLM protest, are suddenly silent when a white, domestic terrorist destroys an entire city block?

Similarly, Parkland gunman Cruz’s dangerous behavior was known by at least 30 people prior to the shooting. He frequently killed animals, spoke of hurting people and exercising white power, encouraged his mother to commit suicide, and three times made specific statements about shooting a school. The US government has received multiple lawsuits from victims’ families for neglecting to detain Cruz sooner.

While whites continue to receive second chances, other non-whites, like 12-year-old African-American Tamir Rice, pay with their lives for crimes they don’t commit. Rice was shot and killed by a white police officer for holding a toy gun. Similarly, 16-year-old Trayvon Martin, walking home from the convenience store with a bag of Skittles, was fatally shot by a white neighborhood patrol guard for “looking suspicious.”

Yep, it is the SAME story EVERY TIME. Home grown white male terrorists get the benefit of the doubt, but 12 year old Tamir Rice w/his toy gun and 16 year old Trayvon Martin w/his bag of skittles were perceived as imminent threats and paid with their lives.

And when peaceful protests assembled in streets last summer to protest police brutality caused by racial profiling in light of the murders of Rice, Martin, and George Floyd, crowds were met with rubber bullets, tear gas, pepper spray, batons, and strong-arm police tactics. Arrests were made for over 10,000 peaceful protesters, as Trump and conservative media labeled the peaceful protesters as “thugs” and “anarchists” committing “domestic acts of terror.”

But while thousands of white pro-Trump protesters gathered in front of the US Capitol Wednesday, security was so lax that the mob easily penetrated four layers of security, infiltrating the Capitol to try to stop the confirmation of President-Elect Joe Biden’s win. With windows shattered, offices vandalized, and three pipe bombs planted at the Republican National Convention headquarters, these domestic terrorists were not met with police tactics — they were simply sent home.

Report: D.C. Police Made At Least 5 Times More Arrests During One Day of BLM Protests Than at Capitol Insurrection https://t.co/H81naJzaRy pic.twitter.com/B5sBUICLm0

As pro-Trump mobsters continued to share photos they took in private offices and show off stolen items, like Speaker of the House Nancy Pelosi’s podium, no attempts were made to arrest any protesters until days after the incident.

“The treatment of the peaceful Black Lives Matter (BLM) protesters versus the treatment of the recent domestic terrorists at the Capitol is horrifying. The BLM movement wanted equality and justice that should be given without question. But there is still inequality and injustice, proven at the Capitol as the domestic terrorist mobs were shown minimal punishment and force,” said Bryn Hall (’21).

Trump maintains that the summer’s Black Lives Matter protesters were “thugs”, “anarchists”, and “domestic terrorists,” but on the day of the Capitol storm he regarded the pro-Trump looters and vandalizers as “great patriots who have been badly and unfairly treated for so long.”

Conservative media outlets like Daily Wire and Fox News also pardoned the protesters of the label of “terrorism.” Instead, Fox News’ Tucker Carlson called the event a “sad tragedy,” in comparison to “the angry children [Black Lives Matter protestors] we have seen wrecking our cities in recent months… entitled nihilists.”

On June 1, 2020, peaceful BLM protesters were met with rubber bullets and tear gas.

On Jan 6, 2021, pro-Trump rioters were allowed to violently storm into the Capitol.

“This is something that goes way deeper than one president and one call to arms.” @mayaaking explains. pic.twitter.com/skUVaNKUPq

White terrorists and rioters can roam free. Not even innocent people of color have that luxury.

That’s why racialized media coverage perpetuates the problems of racial profiling and terrorist sympathy, the main causes of avoidable deaths. If these crimes are to be prevented, there must be equality in the coverage to discourage humanizing white criminals and downplaying their villainy. That starts with treating terrorists as terrorists, regardless of their race.

In the cases of Warner and Cruz, it’s natural to wonder what drives someone to an extreme. But an explanation does not equal an excuse. To better illustrate this concept, it’s helpful to pull from the controversy surrounding the 2019 film “Joker” starring Joaquin Phoenix and directed by Todd Phillips. The film, told through the Joker’s eyes as he suffers blow after blow, naturally invokes the viewer’s sympathy. But while the Joker made the decision to let his trauma devolve into wickedness, his archenemy Batman, who also suffered through tragedy, used his pain to fuel his heroism. And that aspect of choice is why sympathizing with evil is dangerous. Mercy should not be spared for the deliberately cruel.

“After the Nashville bombing, I decided I’m going to hold myself more accountable to be wary of media biases that paint white people in a certain light, and my own biases that play into the way that I read news about violence and terrorism,” said Nitchals.

And in the case of the recent Capitol storm, the security for the white protestors was nowhere near the amount deployed for the peaceful Black Lives Matter protests over the summer. As a result, the Capitol was compromised, costing the lives of four protestors and one police officer — and seemingly for nothing, as the election results were still ratified and Trump agreed to a peaceful transition of power.

“White supremacy has long been an issue that needs to be confronted, especially within the media. The attitudes of these white terrorists and their supporters needs to be exposed and condemned. Minorities deserve justice, and that has to be more greatly broadcasted in the news we see everyday,” said Hall.

Our country must stop humanizing terrorists and justifying acts of terrorism — this “benefit of the doubt” usually bestowed upon white people, as seen with Warner, Cruz, and the Capitol rioters, is deadly. But the instant racial-profiling of minorities is equally so. Undoing these racial-biases that cost innocent lives begins with eliminating racialized media coverage. Viewers must stop resonating with sympathetic rhetoric — call terrorism what it is, especially if the media won’t.