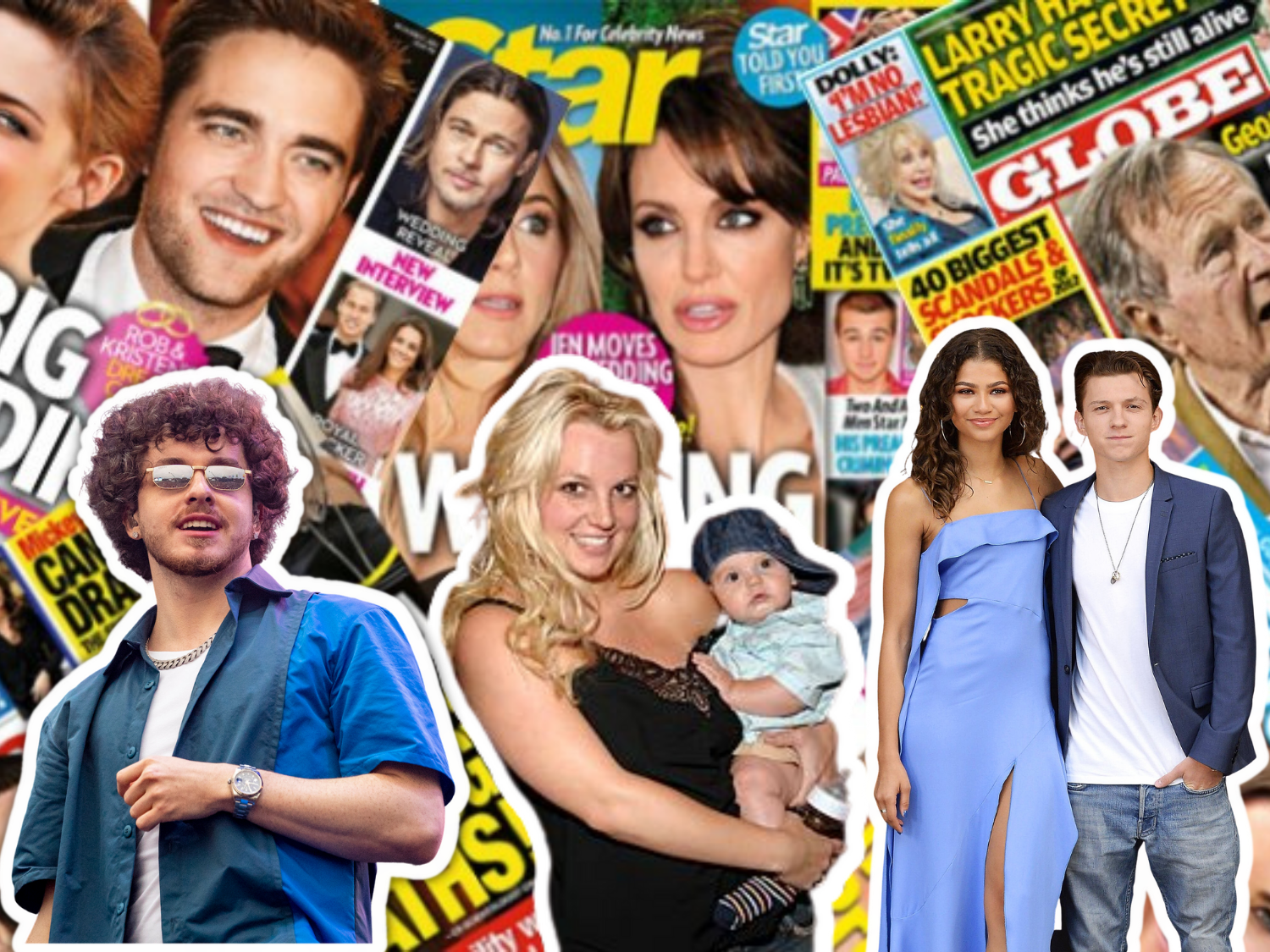 Gossip coulumns and news pages cover intimate details about celebrities’ lives — even if they aren’t comfortable with it. (Photo Credit: Olivia Payne/ Canva)

Gossip coulumns and news pages cover intimate details about celebrities’ lives — even if they aren’t comfortable with it.

Spiderman: No Way Home stars Tom Holland and Zendaya were recently revealed by paparazzi photos to be dating. This news caused excitement all over the world. However, nobody asked Zendaya and Holland how they felt about this information being spread. Fans and paparazzi have an unhealthy expectation for celebrities and influencers to share every aspect of their life.

The public is constantly expecting to find out more about celebrities and influencers’ lives. Gossip pages and news articles are always covering the next pregnancy, relationship, or drama. People tend to become hooked on celebrities’ lives because they are easy entertainment. Humans are social creatures, and they tend to pay attention to the people on top. Celebrities also have a huge dictation on what is popular or attractive. The tendency to look to them for guidance can turn into a habit of wanting to know everything about them. Parasocial relationships also have a huge effect on the amount of attention a celebrity receives. Parasocial relationships are one-sided relationships, where one person extends emotional energy, interest, and time, and the other party, the persona, is completely unaware of the other’s existence.

Parasocial relationships is a nightmare. No one owes anyone anything unless you pay for it. Stop treating artist like we’re your bestie and owe you our time. I don’t go to Subway and get upset when the person making my sandwich dosent want to hang out

A large part of developing parasocial relationships is knowing many intimate facts about the celebrity. This prompts the question of how much we want to share about our lives. With the growth of social media, seeing almost every aspect of someone’s life has been normalized. We expect the same from celebrities, but it is different from sharing on one’s small personal account. Celebrities and influencers have millions of followers, many of whom are examining and analyzing their posts and behaviors. Sharing an important part of their lives with millions of people is very intimidating, especially with the growth of cancel culture and online hate.

Paparazzi also have a big effect on celebrities because they tend to share pictures that should be kept personal. While many influencers and celebrities expect paparazzi when they are attending a fashion show or out walking a busy street, paparazzi also take pictures of intimate or inappropriate times.

Britney Spears was carrying her baby and pregnant with her second child when she was chased by over 300 paparazzi. She ran into a cafe hoping the manager would help but they laughed and took pictures of her crying. We’re all to blame. #FreeBritney pic.twitter.com/DSkbxAOTP8

One instance is Britney Spears, who was harassed by the paparazzi after her pregnancy. She was ridiculed by the media during a very vulnerable time. She was just trying to be a mother and enjoy her lunch. Paparazzi tend to neglect the humanity of celebrities. They often stalk their houses and ask many intrusive questions.

Another part of expecting celebrities to share an abundance of their life is stans. This term was popularized by rapper Eminem, in his song “Stan”. His lyrics state, “We waited in the blistering cold for you, for four hours and you just said, “No.” These lyrics perfectly represent many stan groups. Some extreme stans often expect their favorite celebrity or influencer to notice them individually. They degrade the humanity of the celebrity by expecting them to only serve their fans and not have time for themselves. A prominent example is the stan groups of many Tiktok creators. TikTok’s most-followed creator, Charli D’amelio, often gets thousands of comments, all asking her to notice and respond to them.

Many content creators, especially Twitch streamers who talk directly to the viewers, try to discourage stans and parasocial relationships. Streamer Ludwig Aghren states that he is not the viewers’ friend — he is just doing his job. In a recent lie detector Youtube video, popular Minecraft YouTuber Tommyinnit indirectly admitted that he didn’t like stan culture. Celebrities and influencers do notice the harm that some stans inflict upon other celebrities and themselves.

Isabelle Meckley (‘24) said, “I think I wouldn’t consider myself a stan of anyone because I’m not obsessive over any of the creators that I like… Do I support the creators to my best ability? Yeah of course, but I know my limit. There are people out there who are overly obsessive. Those people are some of the reasons why there’s so much negativity going on in the MCYT [Minecraft Youtuber] community, or any community in general… if you’re being obsessive to a point where it’s unhealthy to either you or a creator (and if that’s what’s being considered a “stan” today), then no, I’m definitely not one.”

Celebrities often have toxic groups of stans and healthy groups of stans. Many stan groups are healthy and respect the boundaries of their celebrity or influencer. Healthy stans realize that celebrities have limits and simply enjoy their content or art. Celebrities may also serve as role models for these stans.

“I am definitely a “stan” of Taylor Swift 100 percent. I feel like she’s a great role model as a strong woman in the music industry. Some of the qualities I like of hers are that she is passionate, definitely a leader, and is an amazing songwriter. I love writing and she truly takes an experience or a story and makes beautiful lyrics to string the story along,” said Alexandra Ragano (‘24).

The main importance of fan relationships with celebrities is maintaining a healthy balance. While it is fine to learn about things that celebrities willingly share, prying into their lives is overstepping boundaries. Celebrities have private lives, and their entire life is not the property of the public or paparazzi.