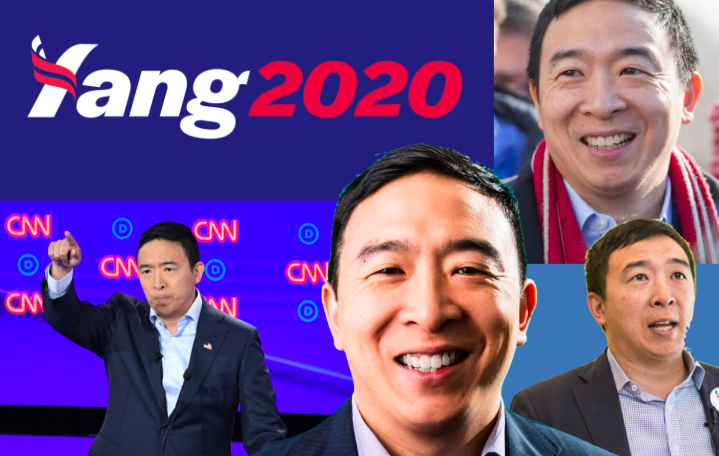 “The Yang Gang isn’t going anywhere,” he said to his supporters Tuesday.

Entrepreneur and presidential hopeful Andrew Yang suspended his 2020 presidential campaign early Tuesday night, leaving his legacy as the first Asian American to run for president as a democrat.

Yang addressed his supporters even before final results were called for the New Hampshire primary. “Being your candidate has been the privilege of my life. Together we will continue to do the work and move this country forward,” he said.

As of Monday, the New York Times reported Yang’s national and New Hampshire polling average varied around 4 percent. He also received around 1 percent of the still awaiting Iowa Caucus results.

Yang launched his presidential in campaign 2017 with a Universal Basic Income, or UBI, being among his most prominent and popular promises. The Freedom Dividend, as Yang calls it, is a form of UBI that would guarantee a certain amount of money per month to every U.S. citizen without any means based qualifications attached.

In recent months, Yang was the only miniroy on stage, participating and qualifying for the various debates. Additionally, his campaign raised over $2.8 million in the second quarter, $10 million in the third quarter and $16.5 million in the fourth quarter of 2019.

“As an Asian American, I am really proud of his accomplishments and how far he has come. I think the entire community feels this way as well,” said Jennifer Pham (‘20).

Now, with the suspension of his campaign, the democratic race for the presidency has become increasingly white, with Bernie Sanders, Pete Buttigieg, and Amy Klobuchar leading the polls.

“I am disappointed, but ultimately not surprised. It was so sad watching candidates like Kamala Harris, Cory Booker, and now Andrew Yang drop. We need more diversity,” said Tress Jacobs (‘20).

I am so proud of this campaign. Thank you to everyone who got us here. 🙏

This situation is ironic for the democratic party, one which prides itself on its racial diversity and acceptance. But still, as the son of Taiwanese immigrants, Yang’s presidential contribution is significant. Many hope his legacy will proceed greater Asian representation in United States politics.

“Though I’m not particularly involved in politics, I believe the mere attempt of Yang in the presidential race brings hope to Asian Americans in government. Even though his run is over, I think his influence will remain prominent in our history and inspire future Asian American leaders to rise,” said Katelyn Chau (‘20).

Chau’s hopes are already evident. The 2018 midterms, for example, featured a record number of Asian Americans candidates. Today, according to the New York Times, Asian Americasn continue to expand at a faster rate than any race other in the U.S..

As Bong Joon Ho's #Parasite becomes the first non-English-language best picture, others see opportunity to "jump on the bandwagon" https://t.co/lmSkE6QHcw

Coincidentally, Yang’s suspension was announced on Asian American and Pacific Islander equal pay day. It also occurred just days after Parasite’s Oscar win for best picture. The movie, written and composed by a South Korean team, was the first foreign film to ever win the award.

“Growing up, I never saw Asian role models in both pop culture and politics. Now, things are changing. It’s nice to know that younger kids across the United States can see people like them be successful,” said Isabella Piboolnuruk (‘20).