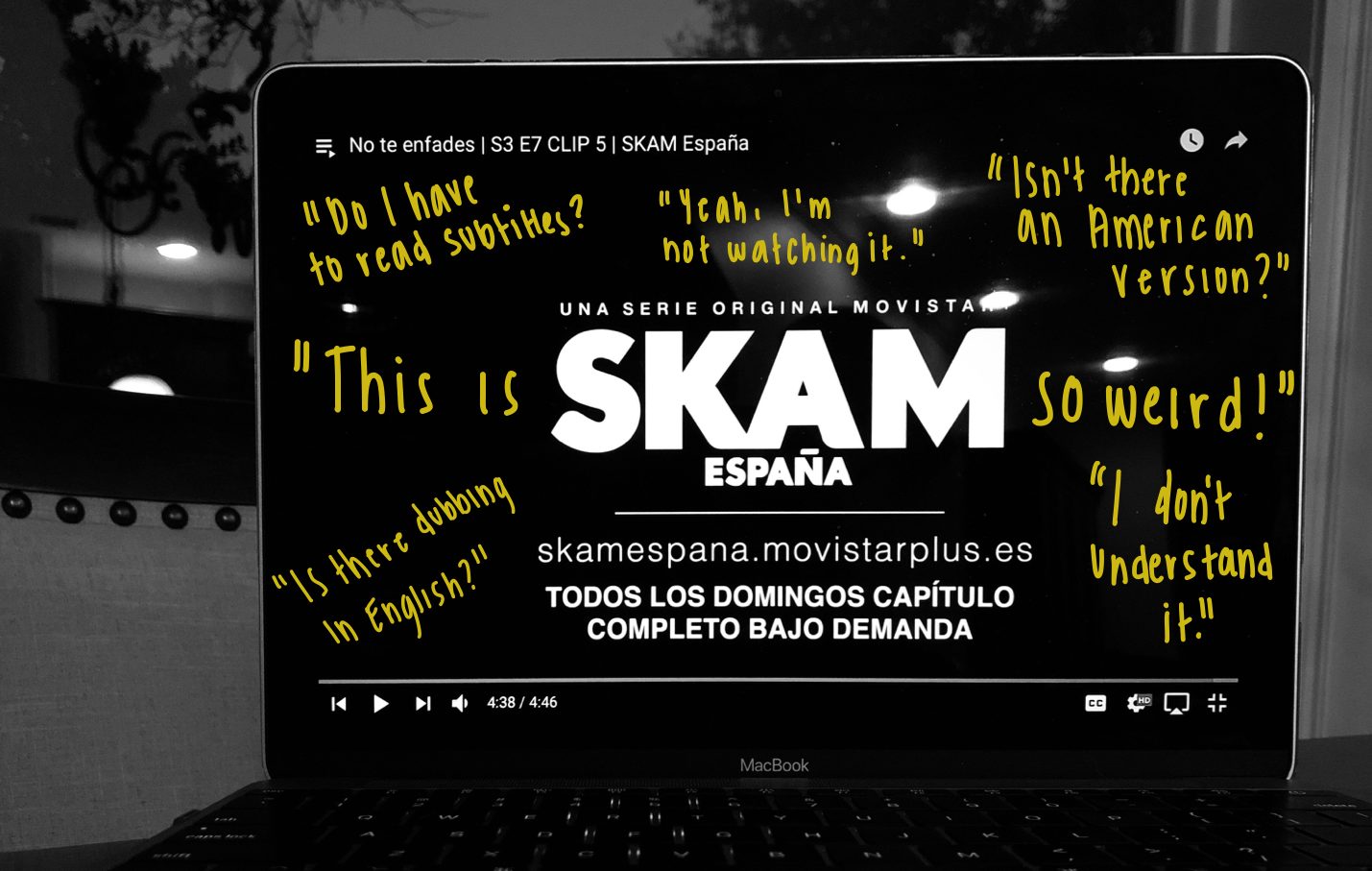 Foreign television provides a glimpse into another country with another culture, yet emphasizes the similarities unifying all humankind. ((Photo Credit: Chloe Mintz/ Achona Online))

Foreign television provides a glimpse into another country with another culture, yet emphasizes the similarities unifying all humankind.

The Prevalence of Foreign Film Within America— or lack thereof

A world in which references to our beloved sitcoms fail to transpire seems unfathomable. Whether one prefers online streaming to cable, the jaunty lyrics of The Rembrandt’s “I’ll be There For You,” are globally unmistakable. As are the melodic chords of The Scrantones’ “The Office.”

Of course, upon reading the most previous line, an image of Steve Carell may come to mind as opposed to that of Ricky Gervais, the leading male of the UK original.

Having been nominated the “world’s most powerful nation,” it is of no surprise that the United States both dominates the silver screen and infiltrates the households of primetime viewers. With that being said, foreign film and television are just as worthy of our American audience and ought to be appraised for their equal talent and importance.

In spite of Parasite’s (the recently renowned South Korean thriller) historic awards season sweep, those foreign to the Korean language have been reluctant to attend its showings and thus acknowledge the merit of the film.

The most prominent of Parasite’s critics remains, POTUS, Donald Trump.

Just a week succeeding the 92 Academy Awards, Trump remarked, “How bad were the Academy Awards this year? Did you see it? The winner is a movie from South Korea! What the hell was that all about? On top of that, they give him Best Movie of the year? Was it good? I don’t know. Can we get ‘Gone With the Wind’ back, please?”

In an attempt to make light of the situation, Neon, Parasite’s American Distributor, flippantly alluded to the backlash via Twitter: “Understandable. He can’t read.”

While said effort merely sought to dissuade both xenophobic judgment and negative critique, Neon’s retort has reignited the rather controversial debate amongst film gurus: subs or dubs?

For those unfamiliar with such matters concerning the viewing of foreign flicks, dubbing is the process of removing the film’s given vocal track in place one’s native language, whereas subbing refers to the placement of subtitles at the foot of the film’s action.

Contrary to the responses of its initial release, dubbing has regained popularity and is of the most common methods utilized to screen foreign films.

Subtitles are often believed to prohibit one’s comprehension of the flick as the brain must interpret both the action and its corresponding caption– hence the installment of dubbing. Perhaps of even greater necessity, dubbing enables viewers who are either visually impaired or unable to efficiently comprehend text to screen non-native media with ease.

Conversely, subtitles are beneficial for those with impaired hearing.

Needless to say, the semantics of non-native screening are particular to each individual.

“Personally, I am 100% subtitles all the way. I like to hear the actors and characters as they were intended to be with their original voices, as well as getting exposure to different languages,” remarks Sofia Girgenti (‘23).

With a surplus of methods developed to entice non-native viewers, one would assume the viewings of foreign media would have escalated in recent years. Alas, few have been keen to give international television a chance.

More often than not, foreign media is thought to be peculiar and unnecessary in the midst of American television. Why would I stream footage of Ricky Gervais berating fictional employees when another American series features the exact same content?

Frankly, viewing international film and television is more to develop cultural appreciation as opposed to seek entertainment. (Though I believe the plethora of shows available via online streaming services do both).

“I enjoy watching foreign television because it makes me a more cultured and well-rounded person. Even if it’s just a teen show or fictional story, I am seeing into a different world and society from my own, and it can provide new perspective. It’s very refreshing, and I even get a reading workout from reading the subtitles,” explains Girgenti.

If interested in broadening your “cultural” horizons, refer to the suggestions below for some of the best foreign television series:

God, re-reading this just makes me want to binge watch #GranHotel again. No show has ever made me fangirl as hard as this one did. https://t.co/ErE8Y18FMU