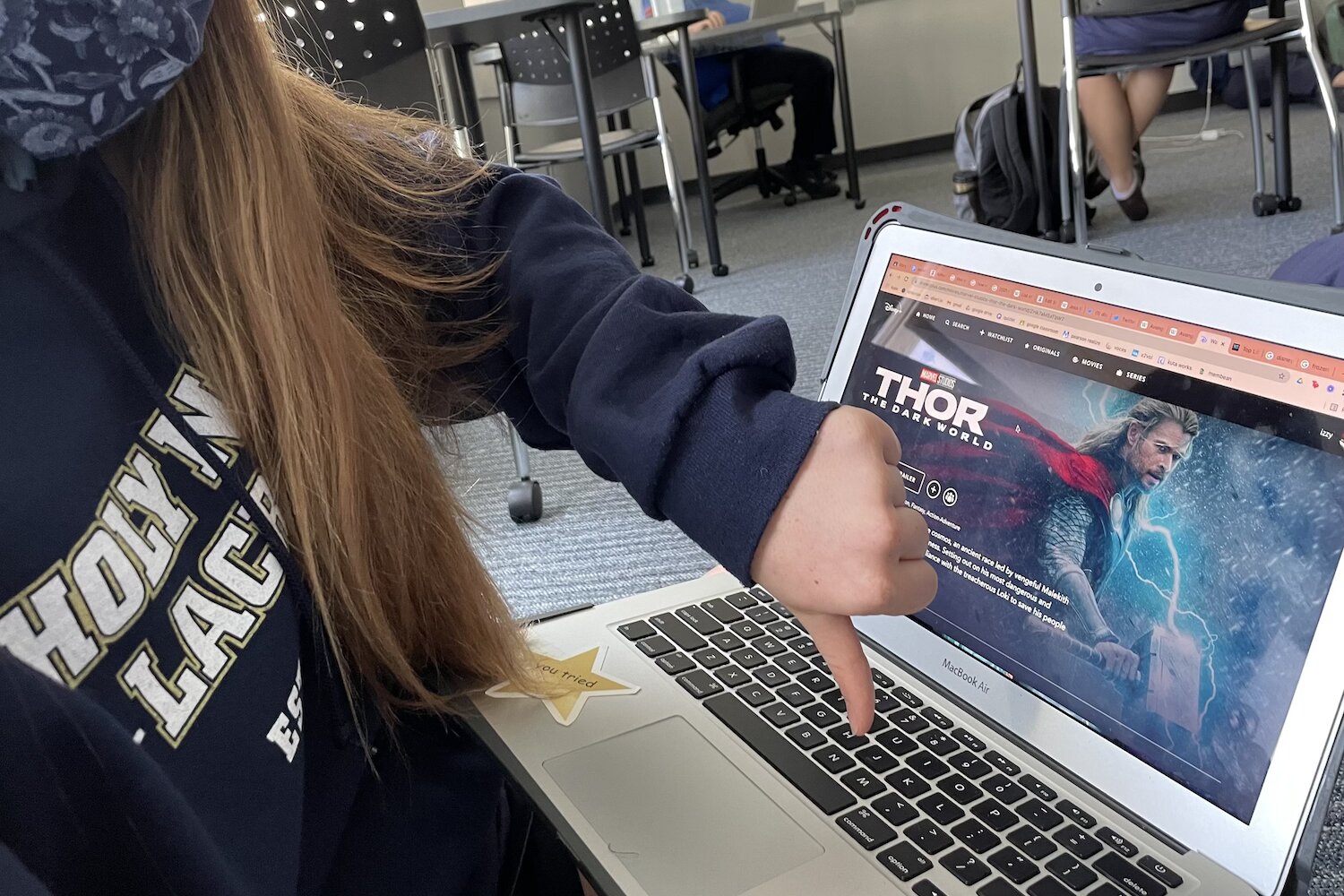 “Thor: The Dark World,” is the lowest rated Marvel Cinematic Universe film on Imdb, with a score of 66% fresh. (Photo Credit: Isabel Bequer/AchonaOnline)

“Thor: The Dark World,” is the lowest rated Marvel Cinematic Universe film on Imdb, with a score of 66% fresh.

“Wandavision,” Marvel’s most recent release, has sparked the internet and general public’s interest, with many praising the show’s unique premise, creative storytelling, and genuine characters and heart. While “Wandavision” is an addition to a long list of predecessors in terms of popularity, the praise for its well done structure is not as common for its parent company Marvel.

Marvel Studios is an extremely popular company, with its Marvel Cinematic Universe dominating the superhero genre. Three of its movies are in the top ten highest grossing films of all time, with “Avengers: Endgame” coming in the second spot with a total revenue of $2,797,501,328, despite only being released two years ago.

“I really like some Marvel movies, like “Captain Marvel.” But some of their stuff isn’t as good, like the new show “The Falcon and the Winter Soldier.” It feels like it was thrown together at the last minute because they feel like have to make more movies and shows,” said Sydney Thomas (’23).

While “Endgame” earned praise from fans and critics alike, other films within the universe have not seen the same praise. Movies such as “Thor: Dark World” and “Iron Man 2” have received more negative reviews and scored lower on critic scales such as Imdb and Metacritic in comparison to others within the franchise. These movies are often deemed “skippable” by fans, as it is overwhelming to watch every movie within the franchise due to the sheer amount of them being made. The company has made 23 movies in 14 years, and as such the quality has sometimes suffered in exchange for quantity.

Things that are good: After three years together and a year stuck socializing with only me, my partner has decided to get into the MCU and I can finally share my love of Marvel with him

Things that are bad: I am now watching Thor: The Dark World and it is v, extremely bad

The overproduction of these films point to a bigger problem within the industry, where large companies are able to make profit off of mediocre films. Studios are more concerned with churning out movies for profit, rather than making quality movies. This creates an issue for smaller film companies and their work, as these large companies have an indomitable hold on the box office. Films done by lesser known names cannot even compete with bigger names, leading them to lose money on their movies and be unable to produce more quality films.

This idea of cash grabs films is evident in other companies as well, such as Disney Studios. Disney has announced 16 live action remakes of earlier animated films to be released in the upcoming years. Rather than making original content, the studio has turned to ideas that are almost guaranteed to make money because these same ideas have been successful in the past. The success of these movies is based on nostalgia, so even if the quality or storytelling is poor, the movies still have great potential to make money. As one of the largest and most successful film studios in the world, Disney has the resources and reputation to make movies that are not necessarily unique or of fantastic quality, but will still make them a profit.

“Unless the movie adds more to the story, like Disney’s “Maleficent”, I think a lot of the remakes are cash grabs. It clouds up the industry and the money could be put towards movies that have meaningful impacts on the generations that are currently growing up,” said Bella Otte (’24).

Additionally, Marvel itself is a Disney property. Therefore, Disney itself holds almost complete control over the film industry because it controls two of the biggest and most successful film enterprises. All of the profits from both of these studios go to the same company. The creation of its streaming service, Disney+, has also helped Disney gain a leg up in the film industry and make more money, as they no longer have to give part of their profits to the streaming services they are featured on.

You know what should really be upsetting you about little mermaid? The fact it’s another uninspired, lazy, half baked Disney remake because modern directers are too lazy to come up with their own ideas and too scared to take risks! #TheLittleMermaid

The problem with this strategy is not in the quality of the movie, but rather the effect it has on the film industry itself. These companies have created somewhat of a monopoly on the film company, as they are making the majority of films released and making profit. Smaller companies without the same notoriety are less likely to attract people to watch their movies, and as such are less likely to make profit off of their movies. This can lead to these companies shutting down or being forced to make less and lower quality movies, because they do not have the resources to keep going.

The prohibition of newer and lesser known companies from making movies affects the diversity of the film industry, as it limits the different perspectives that stories can be told from. Becoming a director or writer for a major film company requires experience and previous success, something that is harder for young writers to get without the help of smaller companies. By not being able to gain meaningful experience at these companies, those breaking in to the film industry are almost forced to work for established companies, contributing to the cycle and the hold on the industry these companies have.

This can also cause an issue because of the lack of diversity within these big companies. The majority of established directors are white men. Of the top ten highest grossing films of all time, all of the ones produced by Disney or one of its properties were directed by a white man, with the exception of “Frozen II,” where one of the directors was a white woman. These companies tend to hire the same directors, especially within specific franchises for continuity. Less well established companies do not have the same loyalties or obligations to directors. As such, newer or smaller companies have the potential to hire more diverse directors, making for better representation within movies themselves.

The best way to combat this overproduction of the movie industry is to search out and support films from smaller companies. Nowadays, smaller movies are more accessible than ever, as the internet provides an easy way to find them.

“When it comes to selecting a movie it boils down to personal preference, so while some movie companies might not have all of the resources or the budget needed to make a “blockbuster” film, a meaningful movie can still be created and shared globally because of the new streaming avenues and social media,” said upcoming Film Studies teacher Sara Moses.